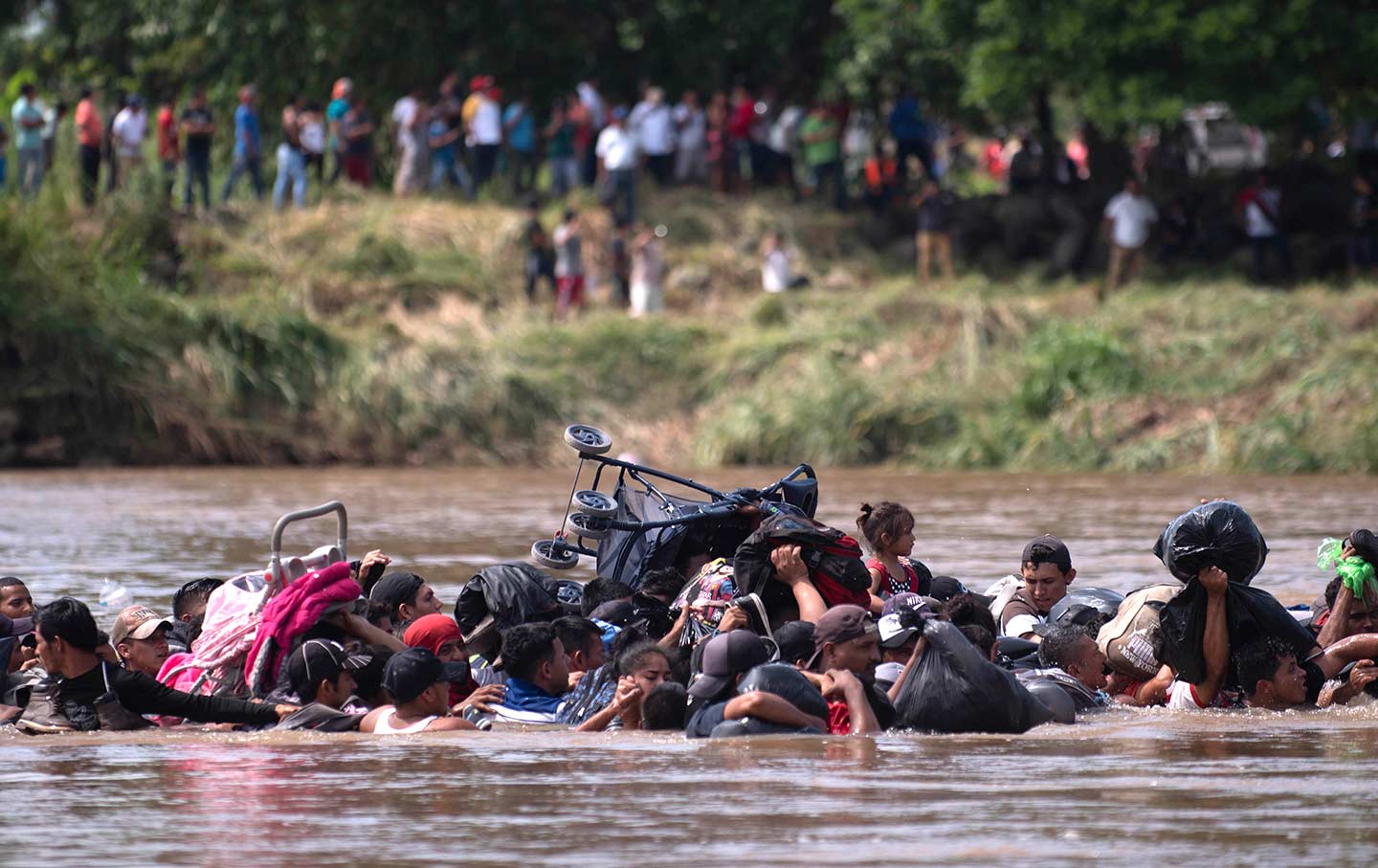 Invasion by tired and poor but not white!
We’ll stop them, Trump tells us, of that there’s no doubt.
The troops have been sent. Will the Air Force be next?
And nuclear weapons—have they been ruled out?