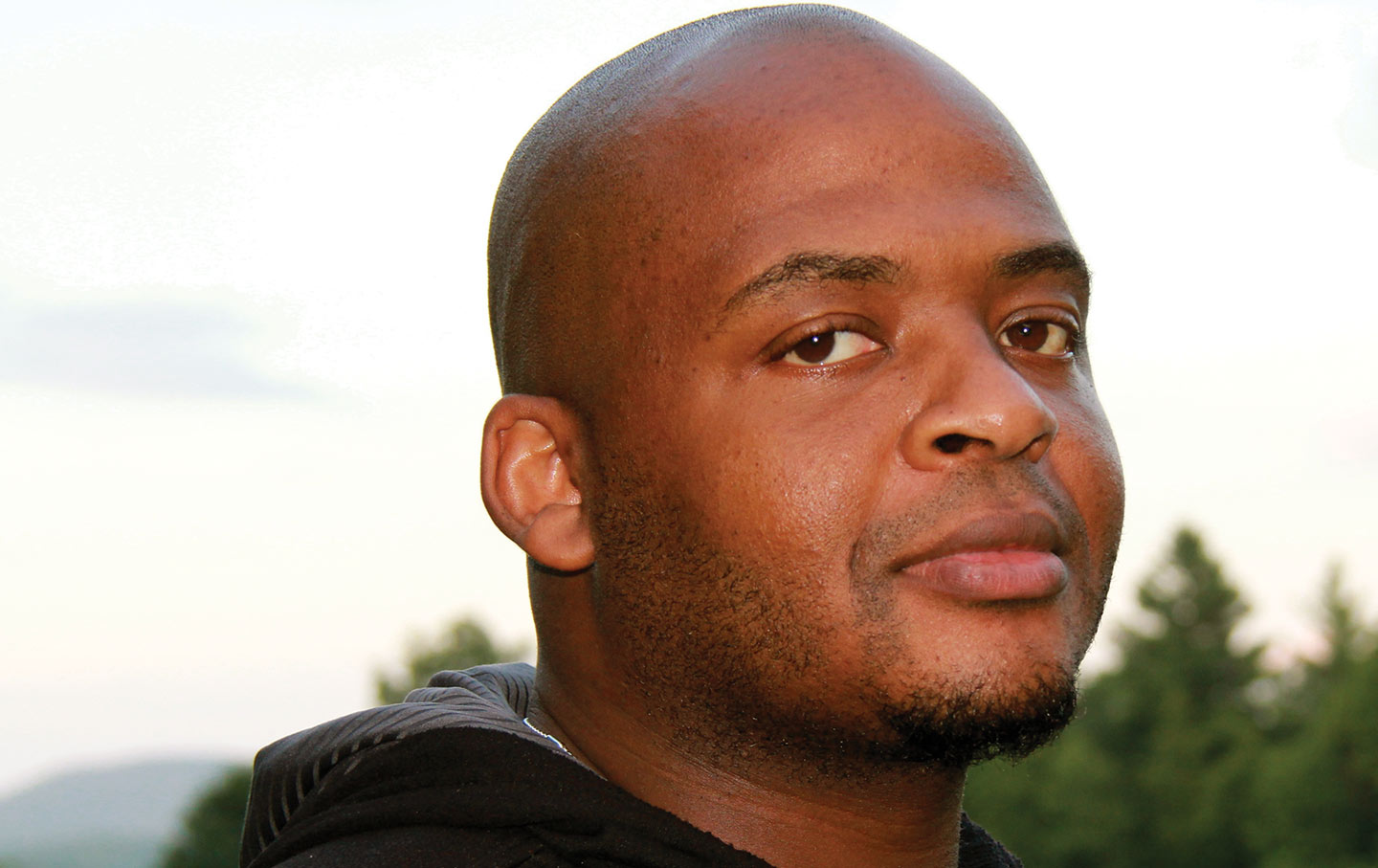 How much do you weigh? The question is almost invasive, no matter whether it’s asked with love or carelessness. It hides the other question—How much do you carry with you?—which is more important by far, and commensurately harder to answer. The heaviest things—the ones that alter the very shape of your body and mind—don’t have to be physical at all.

Kiese Laymon, a writer and professor of English, has spent much of his life asking these questions. In his new memoir, Heavy, he offers the answers he’s found, although by the end of the book it’s clear those answers are less important than the price of the search. “I wanted the book to begin with my weighing 319 pounds and end with my weighing 165 pounds,” Laymon writes on its first page. “I wanted to write a lie.” And then, on the next: “I started over and wrote what we hoped I’d forget.” That “we” is instructive, because it’s almost immediately apparent that Heavy is written to the most important person in Laymon’s life, the woman who shaped and abused him: his mother. She’s never referred to by name, showing up addressed as a second-person pronoun—the “you” that haunts the text like a specter.

Which is fitting, because it feels as though most of the book’s pivotal events happen beneath its surface. Heavy is about shame, rage, guilt, self-hatred, and sexual violence. It’s about what the body can bear and the cost of bearing it. It’s a story of broken people who mend themselves imprecisely and improvisationally, and it’s also a story of Southern blackness and Southern black folk, a group of people who have been seen more often than heard—a fact that Laymon hopes to correct in Heavy. Throughout his memoir, he wants to let his friends and family have a say: They and the author grow up before our eyes—from his mother’s house in Jackson, Mississippi, to Oberlin College in Ohio, to Vassar in Poughkeepsie, New York, and then back down to Mississippi—in worlds that are as loving as they are cruel. It is a black book about black lives. But it is also about white power, which makes Heavy, ultimately, a chronicle of violence and powerlessness.

The harm wasn’t limited to the outside world; it happened at home, too. Laymon was repeatedly sexually abused by one of his mother’s students, Renata. “Choking on Renata’s breasts made me feel lighter than I’d ever felt,” he writes of the first time. His mother hurt him as well, beating him when she thought he was out of line, while insisting to Laymon that it was for his own good. “Excellence, education, and accountability,” she explained, “were requirements for keeping the insides of black boys in Mississippi healthy and safe from white folk.” Even when he was a college student, his mother continued to police his behavior, worried as she was about how the white world might harm her son, and still he found himself running from her. Laymon’s mother wasn’t immune to the violence around her, either: Once, when he was a teenager, she picked him up with a black eye inflicted by her long-term boyfriend.

The barrage of trauma in Heavy is unrelenting: Laymon has to witness and survive countless incidents of violence and abuse—above all, the toxic vapors of white supremacy, which permeate the events in the book like mustard gas does a battlefield. While attending Millsaps College in Jackson, for example, Laymon wrote essays for the student newspaper satirizing some of the school’s racists. Soon after, a group of drunken frat boys accosted him and his girlfriend while the pair were on their way to work, egging Laymon on to “write about this.” “The white boys were blasting Snoop’s ‘Gz and Hustlas’ the whole time they were calling us niggers,” Laymon reports. “When we got to work, we called the local news and told them there was something they might want to see happening on the campus of Millsaps College.” The publicity started the cycle again.

A particular kind of rage develops in the face of such repeated brutality, and it’s this rage that often leads Laymon to harm himself. “Usually, when I wanted to run from memory, I transcribed rap lyrics, or I drew two-story houses, or I wrote poems to Layla, or I watched black sitcoms, or I thought about new ways to act a fool in class…or I ate and drank everything that wasn’t nailed down.” As he grows older, the rap lyrics and sitcoms and poems disappear, and what remains are the stress eating and acting a fool. In college, things get particularly bad. Laymon’s friend Ray tells him to stop eating and drinking when he’s sad. But he can’t stop; it’s both a compulsion and a coping mechanism. When Laymon gets older and starts teaching as a professor at Vassar, the compulsions invert: He loses weight as methodically as he once gained it, and instead begins to gamble his money away. All the while, Laymon’s mother is doing the same, as though they’ve finally caught up with each other.

Laymon tries to run from the world, but it follows him everywhere. Near the end of the book, administrators at Vassar call him into a meeting about his tenure and imply that he’d lied about completing grad school; later, he is asked by the Poughkeepsie police to answer for anonymous and threatening racist, sexist, and anti-Semitic letters sent to the members of his committee. “Either way, I am supposed to be happy because I am free because I am not in handcuffs,” he writes after his name has been cleared. “I will know that I am not free precisely because I am happy that my wrists are free of handcuffs the month I earn tenure with distinction from Vassar College.”

Heavy is a dark book, and the trauma that Laymon orbits is almost like a black hole; its shape is circular. Even when he finally tries to have an honest conversation with his mother (at a casino, of all places) about the things he’s experienced, the harms that befell him, it’s still impossible for either one to understand the other without blame. Both are addicts, shaped and abused by the lives they’ve lived, and they know these addictions won’t just go away. “Two miles from all those promises and three minutes from our last cliché, I will understand that no meaningful promises are made or kept in casinos,” Laymon writes. “I will head back to the casino and spend the last ten dollars I stole from Flora’s apartment. I will stop at Vassar College when I leave the casino. I will not know where home is. I will not smell the roses. I will not leave the past in the past. I will teach my students. I will write and revise. I will become a tired teacher and a terrified black writer.” But even if Laymon can’t reconcile with his mother in real life, Heavy is his effort to do so in his writing. “Please do not be mad at me, Mama,” he ends. “I am just trying to put us where we bend. I am just trying to put you where I bend.”