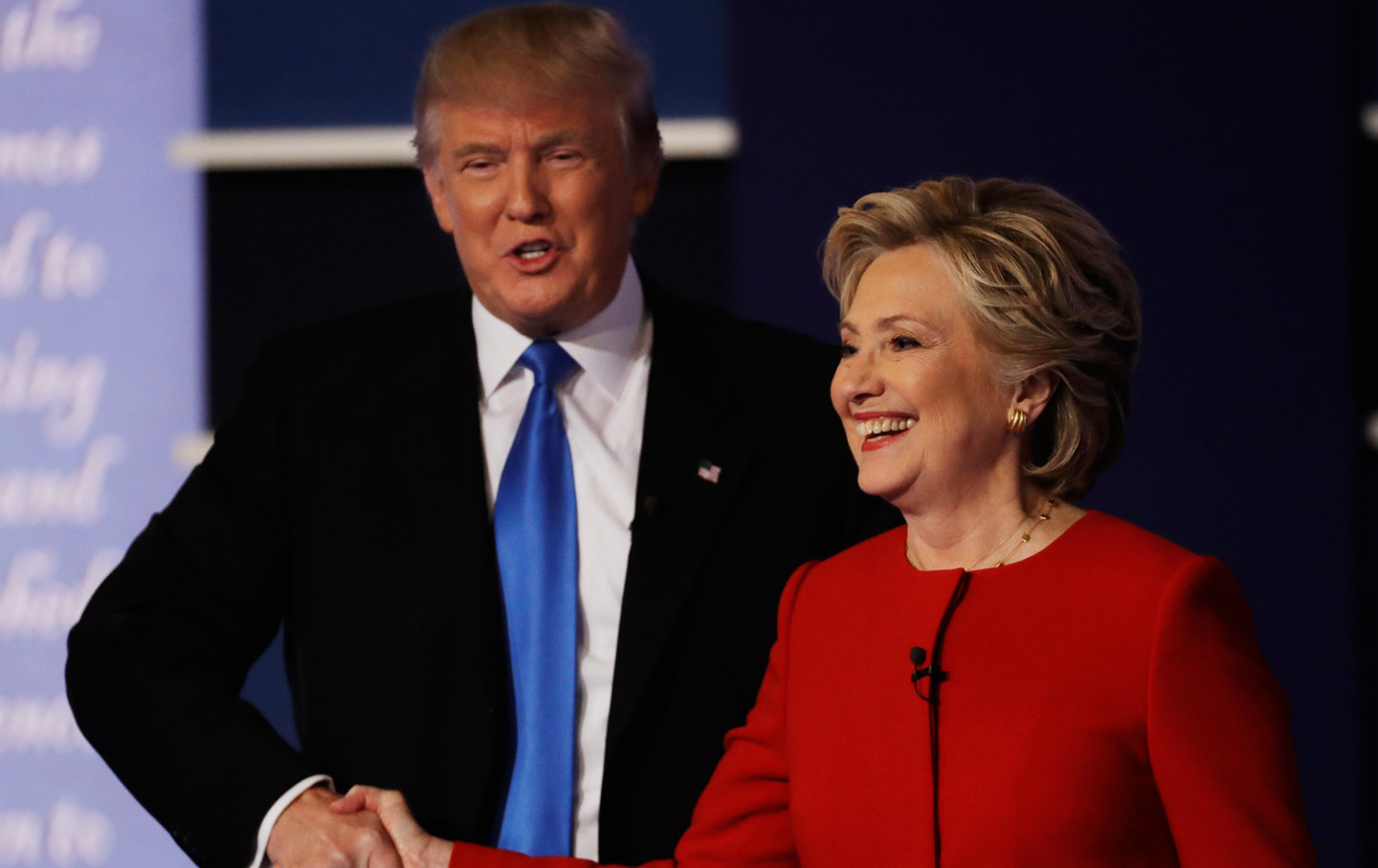 When Hillary Clinton was nominated at the Democratic National Convention, the party celebrated with a video of a glass ceiling being shattered, only to reveal Clinton emerging triumphantly from the shards.

Although her achievement is moving to me, a woman of a certain age, it is unclear how many younger Americans appreciate the profound—and rapid—revolution underwriting this moment. In an interview in New York magazine last spring, Clinton recalled an encounter she’d had many years ago, when she took the LSAT. A young man said to her, “If you get into law school and I don’t, and I have to go to Vietnam and get killed, it’s your fault.” The interview inspired a comment in which the writer complained: “I don’t believe for one second her story about the LSAT…. This is more of her play for sympathy and victimization.”

Nothing about this moment can be taken for granted. Glass ceilings, once broken, can be boarded back up.

This is a bitter election, and there are those who will never believe that the sun is in the sky if Hillary Clinton says so. But I attended law school only a few years after she did, and her story is certainly exemplary of what my female classmates and I were told. And it’s more or less what Supreme Court Justice Ruth Bader Ginsburg and her eight other female classmates encountered in 1956, when Erwin Griswold, the dean of Harvard Law School, demanded to know how each of them justified taking the space of a presumably more productive man.

I graduated in 1975, when women composed only 8 percent of a class of approximately 500. Those numbers improved rapidly during the activism of the late ’70s and ’80s. Today, women make up approximately 50 percent of the students at most American law schools. Yet many do not know that Hillary Clinton, Sandra Day O’Connor, and other icons of today’s legal landscape came of age in a time—again, not so very long ago—when most law schools struggled to find toilets that women could use. (Barbara Underwood, one of Yale Law School’s first female faculty members, was told to use the janitor’s closet.) We forget that the moral panic about bathroom access for transgender people has a direct precedent in the affective disgust that greeted the first generation of women—particularly pregnant women—who tried to use the toilets in formerly all-male bathrooms.

This amnesia about women’s history doesn’t mean that we have “overcome.” Indeed, such forgetfulness disguises the ways in which Clinton and other American women are still being subjected to debilitating disparagement and concrete limitations. President Obama’s election was so monumental and so unprecedented that it erased history in some quarters, particularly among the major media outlets, who sold it as an unqualified feel-good story, and among well-educated, left-leaning whites, for whom he was something of a relief—“articulate and bright and clean,” as then-Senator Joe Biden once put it.

But that loss of the long view  wasn’t shared by most African Americans, who anticipated and greatly feared a backlash, never having forgotten the post–Civil War reversals that quashed the electoral triumphs of the Reconstruction era and ushered in Jim Crow. Consider the trajectory of the so-called “Obama effect”: Gun sales jumped 90 percent in the month after the 2008 election, apparently thanks to right-leaning whites who thought that a black president effectively meant that a race war was upon us. That fear has been a constant ever since, most recently invoked by Trump when he declared that we have “race riots on our streets on a monthly basis.”

Similarly, we must be on our guard against a “Hillary effect”— a powerful resurgence of sexism. Trump has become its current mouthpiece, placing Clinton’s iconic attainments on behalf of women’s and children’s rights on the same level as accusations that her going to the bathroom is “disgusting”; that she “got schlonged” by Obama during the last election; and that “if Hillary Clinton can’t satisfy her husband, what makes her think she can satisfy America?” (this last from a Trump fan’s tweet, shared by the candidate). After all, Trump has gone on record saying that he thinks women need to be treated “like shit,” and then lives precisely by that credo.

In his latest and most baffling attack, Trump has accused Clinton of marital infidelity. In his untethered opinion, “I don’t even think she’s loyal to Bill.” It’s like the unfunny version of a Restoration comedy: accusing your opponent of having cuckolded and emasculated her husband and—somewhat confusingly in this context—of being too masculine to be feminine.

Trump’s scattershot broadsides—against women, men, cheaters, haters, Mexicans, Muslims, and crying babies—are crosshatched in ways that make pushback a challenge for many traditional pundits and advocacy groups. Trump possesses a singular ability to mix the poisonous waters of the culture wars into colorful new hybrids of exotic demonization. His words rain down like cluster bombs, exploding in so many pieces and directions that one scarcely knows how to assess the damage. His concept of civic worth is so exclusive that he enfranchises, privileges, and anoints no one but himself. “I alone,” he declared during the Republican National Convention, speaking as though he were an emperor. If there is hope to be found in this dismally divided insult-swamp upon whose edge America trembles, it may lie in this: Never have so many been so united in their marginalization.

Nothing about this moment can be taken for granted. Glass ceilings, once broken, can be boarded back up. The very brief history of women and minorities on the national stage makes manifest the urgent necessity of reinvigorating the very notion of politics itself. Defending human, civil, and other democratic rights is an unending struggle. Only the most generous coalition of human and civil-rights activism will succeed in the project of creating a world we might one day describe as “postracial,” “postgender,” and (I pray!) “post-Trump.”