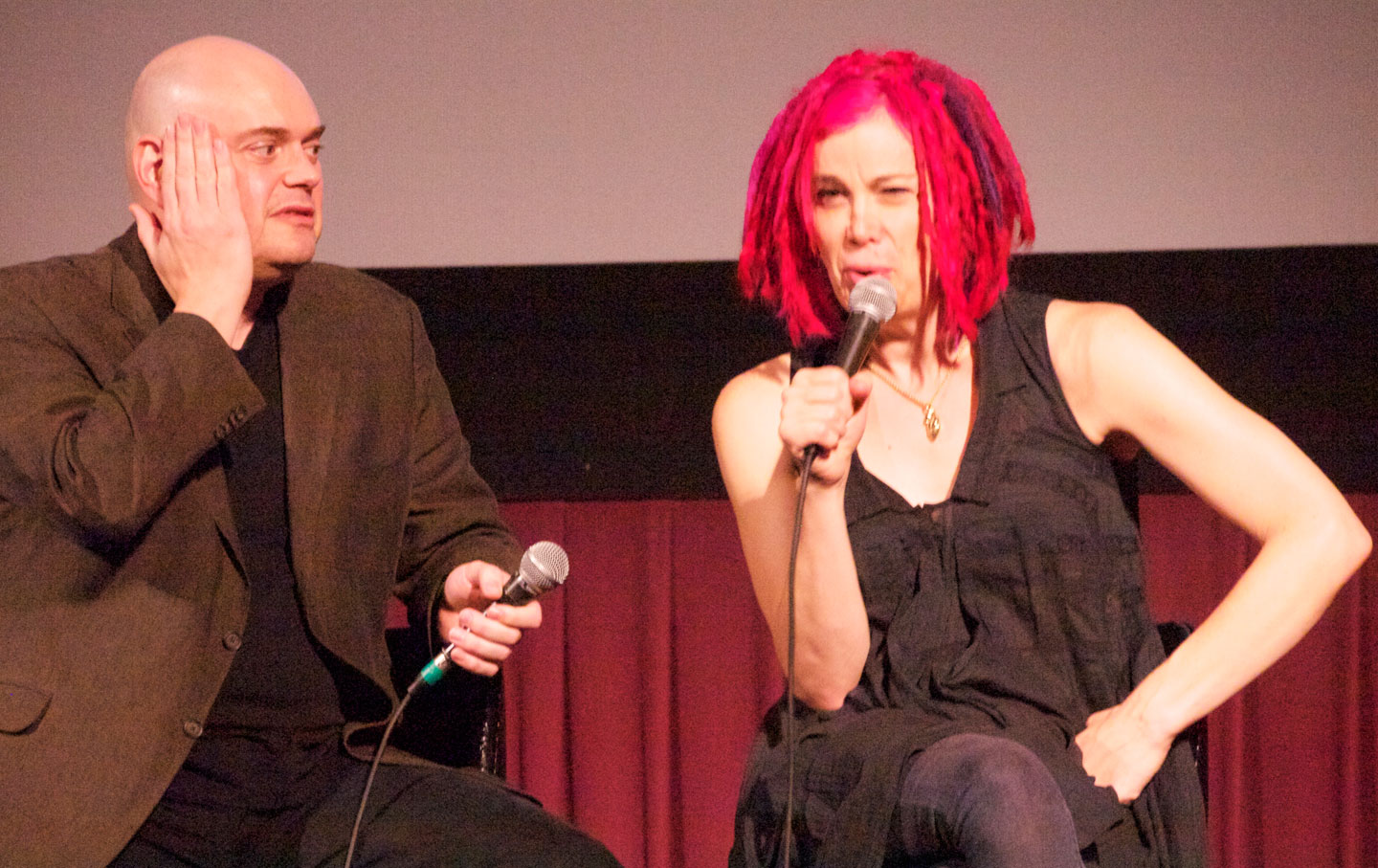 The prestige series Sense8 started streaming in June and has been renewed for a second season. Sprung from the ­Wachowskis’ imaginations and Netflix’s deep pockets, it is visually extraordinary; it looks, in the words of a friend, “like hi-def cameras had hi-def cameras.” It is high in concept and low in blemishes. It is also terrible.

The plot defies summary. The setup is all. Eight main characters, each in a different world city, provide all kinds of demographic diversity: perhaps a device for aggregating audience fractions, certainly the basis of the show’s enlightenment. London: DJ! San Francisco: transwoman hacker! Nairobi: driver of colorful jitney! Chicago: cop! Mumbai: woman in arranged marriage! It’s like a parody of cosmopolitanism culled from a progressive in-flight magazine.

The eight become cognitively entwined—“sensate”—most often in pairs but sometimes more elaborately. Each can share another’s immediate senses and capacities and can communicate intimately at great remove. The eight form a telepresent global network. Like Facebook.

But that’s not quite it. The skill transfer is crucial, not least because the eight are often imperiled, sometimes for being sensates and sometimes because life is cheap in Nairobi. Repeatedly a character will escape a jam via sudden access to another’s gift for stunt driving or kickboxing or some other major life skill. This has been a Wachowski theme since The Matrix. Surely no one has forgotten the most excruciating line of that film, delivered when Neo, awakening from a brief informational trance, declares, “I know kung fu.” Multiply by eight.

This might have made for an interesting allegory along the lines of Black Mirror’s implacable extrapolations of present technologies: a meditation about online learning and the new economy, about precarious life and constant retraining in an age of scant job security, about how flexible existence requires a new consciousness, a changed sensorium. Sure, we already had Dollhouse. Besides, such a show would have been didactic and annoying. What we get is worse.

The killer app of this cognitive tangle is the pure empathy that is sensate sex. Given nearly unrestricted access to one another’s consciousness, the pairs veer swiftly toward coupling, virtual and otherwise. It’s super-intense. But wait, there’s a kicker! Because it’s possible for one to be sensating another who’s in bed with a third, it’s sort of a globalized cuddle puddle in which, hypothetically at least, everyone is everybody’s sexual partner. Quoth Neo: Whoa. And because our demographically diverse crew is thrown together by chance but connected at a level beyond superficial things like race or gender or religion or sexuality, they realize that the current snares in which they find themselves—closeted, celibate, did I mention arranged marriage?—are social diminishments from which they may wrest free to be their full, true, unfettered selves. And by extension, to summarize the show’s thudding moral lesson, so might everybody else. Emancipation all around.

One might respond that this is a falsehood, that such barriers have real structural force in the world that cannot be dissolved with a shrug or a hug. That the difficulties faced by black or trans people are irreducible to bad mental constructs. This would be to point out again that culture provides imaginary solutions to real contradictions, a knowledge that by now we all carry in our bones. The truth behind the lie, however, is often less troubling than the truth in plain sight.

Sense8 suggests that real freedom and the end of injustice lie just on the other side of liberal pluralism and diversity discourse. If we could all transcend our prejudices, could recognize one another equally as part of the human tribe, we would not be constrained by our differences, nor blocked from our happiness. We would be happy all the time in our difference. The immiserations of society would finally be overcome.

But in the show’s allegory, what is not overcome? What does not happen? There are many answers, but let’s choose just one.

Over three weeks last year, in separate incidents, the Chicago Police Department shot Denzel Ford, Roshad McIntosh, and DeSean Pittman, killing the latter two. The police murder of Rekia Boyd in 2012 remains a touchstone for antipolice struggles. There are more names. This is the world. The primary job of police officers is to manage certain populations on behalf of others. Chicago cops have outkilled those in every other big city; more than 90 percent of the dead are people of color. If Sense8’s Chicago cop, Will Gorski, suddenly had total cognitive empathy with a bunch of not-white people, is it too much to think that the very first thing he would do is turn in his badge?

But this he does not do, and so Sense8 tells not a lie but an absolute truth. It shows us what can change and what cannot, even given the perfect inclusion and fully realized diver­sity discourse that provide a politics so convivial for networks and corporations. Nobody gets to leave their job, even if that job requires the enforcement of exclusion and antiblackness. Everybody might feel liberated; the state’s guns stay loaded. A liberal audience might find the show insightful, pleasing, original. But it is the saddest story in the world.