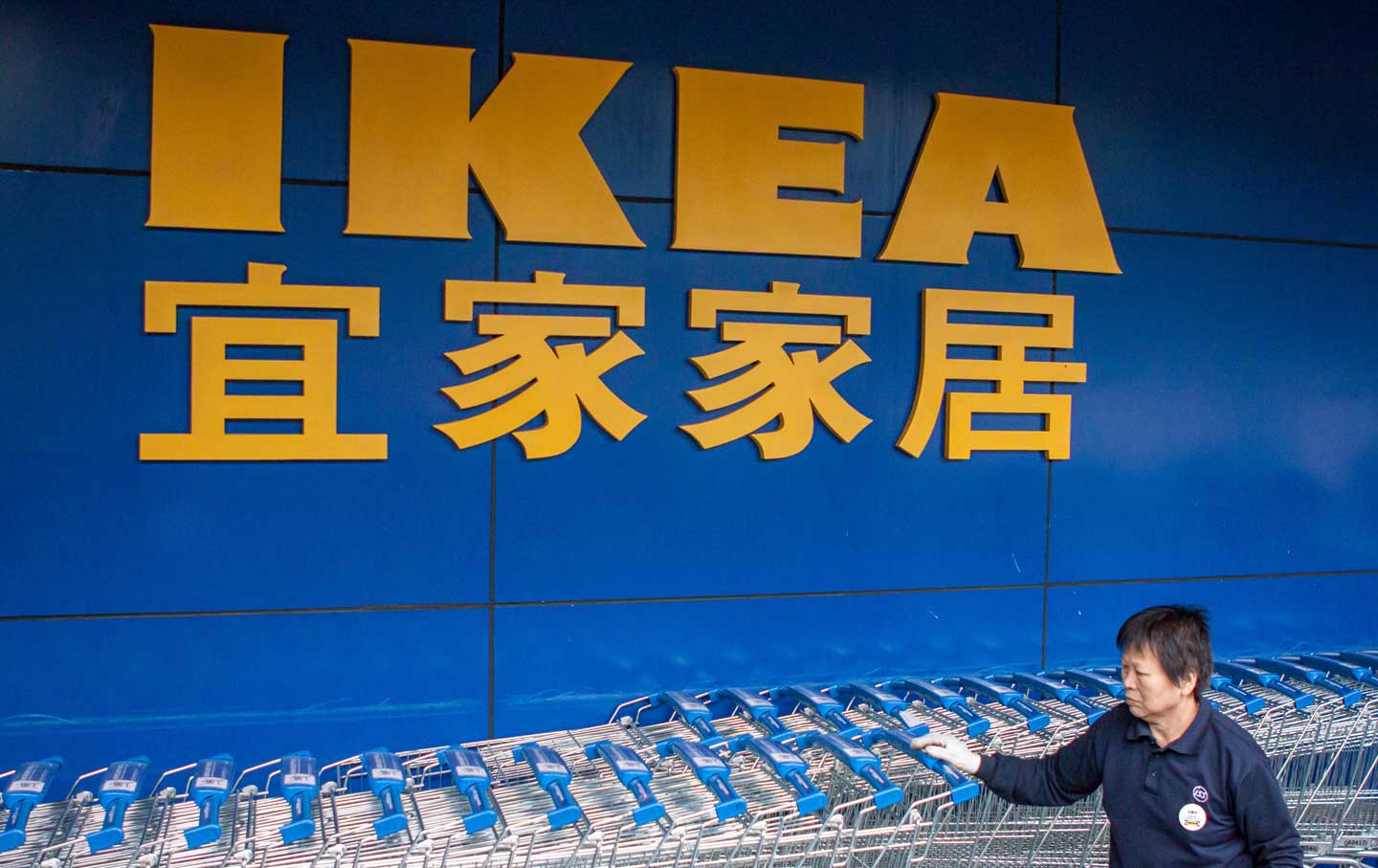 The shiny stainless steel kitchenware adorning our kitchens comes from some of China’s dirtiest factories, according to a new report by labor watchdogs.

The New York-based advocacy group China Labor Watch sent researchers to five factories in southern China that make frying pans and other cookware for major Western brands such as Walmart, IKEA, and Cuisinart and found gleaming anodized pots being burnished by workers blanketed with “metallic dust.” These workers are subjected to exploitative piece-work pay scales, denied social insurance, and exposed to toxic chemicals. According to CLW’s report, published with the advocacy group Solidar Suisse and based on interviews and undercover investigations, “Safety protections were typically inadequate.” Sometimes “gloves or protective masks were provided only prior to inspections,” and emergency exits were sometimes locked or blocked. Labor- and safety-inspection processes were marred by bribery or document fraud. At two factories, documentation of safety training was deliberately falsified.

At the Ri Xing factory, according to the investigators, workers were paid pennies per pot produced, polished, or packaged: about six to 14 cents per unit, awarded “strictly according to their production amount.” A worker can pull in about $400 per month, with no minimum or guaranteed base wage. Workers were subjected to erratic shifts, packed in four-hour stints that ranged over the course of a day, generally putting in eight hours, plus two or three hours overtime. During peak seasons, they could work from 26 to up to 30 days per month.

Inside the workshop, workers in the hardware production, polishing, and welding operations were seen without gloves, masks, or eye protection. According to researchers, “The dust on the floor is so thick that workers must sometimes use water to wash it away. The polishing work stations are not regularly cleaned and have as a result accumulated a thick layer of dust.”

Ri Xing workers described a climate of exploitation and constant solicitation of personal favors by management; they are required to butter up their bosses by treating them to meals and drinks to maintain good relations. Workers were reportedly paid off for giving the “correct” answers to factory inspectors, and penalized or fired for “incorrect” answers.

The Guangdong Three A Stainless Steel factory, which manufactures products under various Western labels, did not even give workers the weekends off, and allowed unpaid leave time only with management’s permission. Most positions were paid on a piece rate; some worked irregular hours depending on workload, earning about $320 to $400 per month. When asked about their medical care, workers reported not knowing that they were entitled to occupational injury insurance. Though the spartan cement workshops was caked in “black dust,” workers did not don protective masks regularly, generally only during a factory inspection, despite a notice on the wall warning that masks were required.

At another factory, Anotech, workers were spotted napping inside the workshop alongside the machinery. While industrial trash piled up outside, researchers observed, the neighboring waterway was “seriously polluted” with factory discharges, slicked with “metals and oils from the coating and polish.”

At four of the five factories investigated, workers were paid on a piece rate, so that instead of earning steady pay their incomes were dependent on how much they worked, and they were generally denied overtime pay or any paid leave time. In many cases, workers were forced to work overtime or risked having their pay docked. Some factories compelled workers to sign blank labor contracts or agree to unclear contract terms. None of the factories provided workers with access to a union, and four “lacked any independent grievance channel.” In addition, researchers found, “None of the factories paid legally mandated social benefit contributions, such as housing, health, unemployment and pension insurance premiums.”

One interviewee told researchers that “workers are often wronged by management, for example through random wage deductions and criticism. She has nowhere to express grievances and must instead silently endure.” Not everyone was silent; there had been short-term spontaneous work stoppages, seen as protests generating some pressure for wage increases.

But the real power rests with Western multinationals that contract with the factories and effectively influence price points across the supply chain.

IKEA spokesperson Mona Liss stated via e-mail that Three A was not, as CLW has alleged, currently an IKEA supplier. However, Ri Xing was registered as an IKEA supplier, and had evidently “passed both internal audits performed by IKEA and external audits performed by third party organisations,” with internal inspections dating back eight years. The company says it is currently investigating and seeking to addressed the alleged labor abuses.

Walmart spokesperson Marilee McInnis stated to The Nation that Walmart was “reviewing the findings and will take action as appropriate,” stressing the company had “Standards for Suppliers and a responsible sourcing program in place to help identify violations of those Standards.” Workers at Ri Xing might have known of these ethical sourcing standards as well, if they had stumbled across the glass-encased poster displaying the policy on the factory grounds. But they likely passed it by without a second thought during the hasty shift change, when exhausted workers may be more focused on another notice on the wall: the production quotas that keep them working around the clock at a frenzied pace.

CLW calls the apparently neglected corporate codes of conduct either a systemic failure of enforcement, or worse, “tantamount to false advertising, incorrectly ensuring the public that the companies’ business decisions do no harm” to the hundreds of workers exploited daily.

Whether or not the Western brands intervene with these individual factories, they are embedded in a global low-wage factory regime, in which primitive facilities and draconian production systems produce “state of the art” consumer products at tremendous social cost. The dissonance between the retail price and the abysmal wages is becoming increasingly unsustainable in China’s flagging manufacturing sector. Currently, the aging segment of the workforce is creeping toward a bankrupt retirement with imploding pensions, and young workers grow increasingly restive amid widening social gaps. Until wages and working conditions catch up with the middle-class world their labor serves, designer-cookware brands are helping bring a brewing labor crisis to a boil.