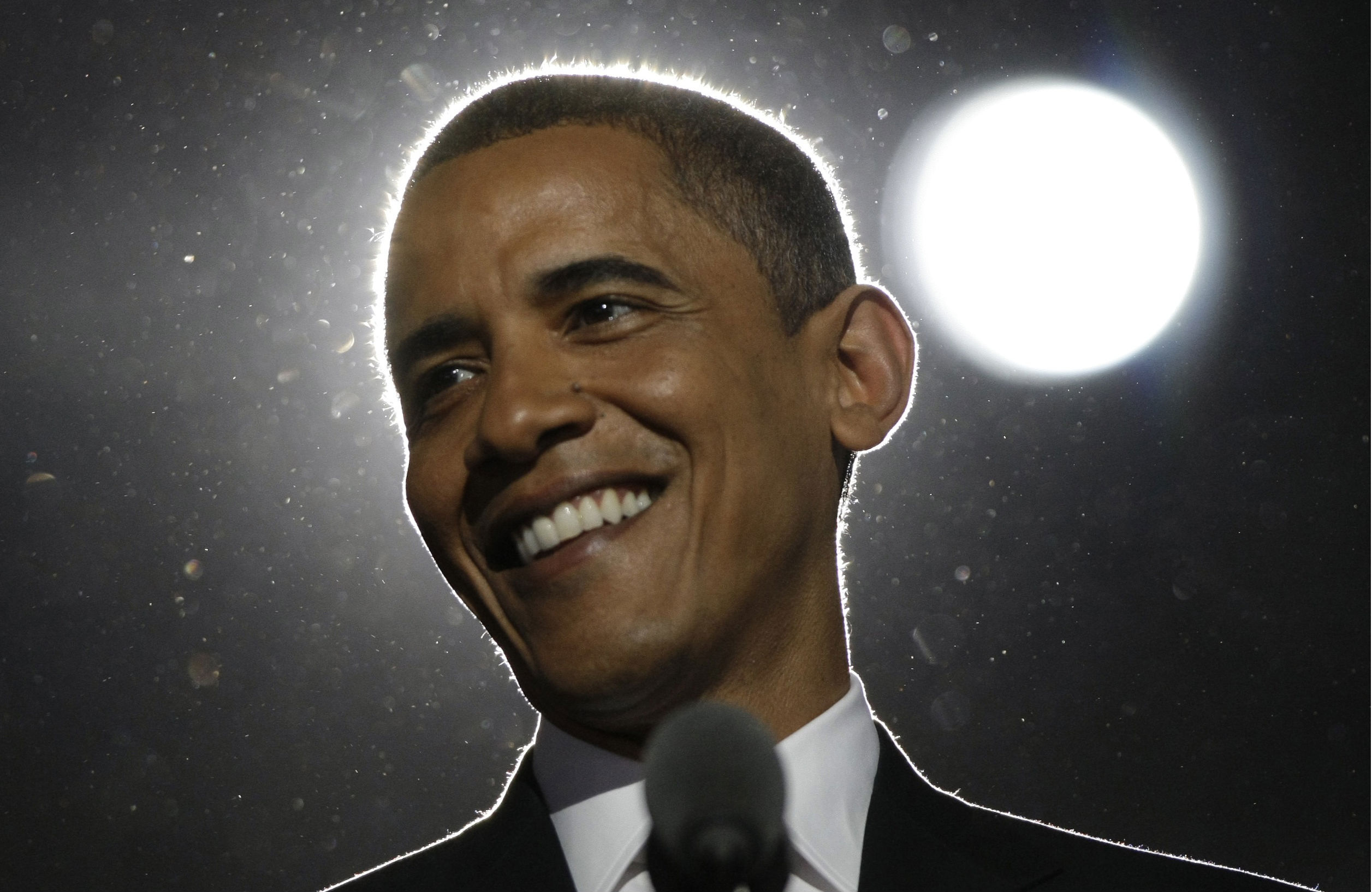 I watched President Obama’s last State of the Union address with the same mix of awe and frustration that has defined my relationship to his presidency. He’s the first president I ever cast a vote for, and the history of the moment has never escaped me. I grew up believing there would never be a black president of the United States. Not only was I proven wrong, but it happened when I was just barely old enough to legally buy liquor, melting away some of the cynicism that had shaped my political identity up to that point. The country had changed. We made progress. President Obama is a symbol of that progress.

My frustration with Obama’s State of the Union, and the last seven years of his presidency, was recognizing that progress is painfully inadequate and symbols are disappointing. Obama did what he does best: He told a story of the America in which the country is always becoming better. “We made change work for us,” he said, “always extending America’s promise outward, to the next frontier, to more people.”

“In fact, it’s that spirit that made the progress of these past seven years possible,” Obama continued. “It’s how we recovered from the worst economic crisis in generations. It’s how we reformed our health care system, and reinvented our energy sector; how we delivered more care and benefits to our troops and veterans, and how we secured the freedom in every state to marry the person we love.” Some of these accomplishments are undeniably good (though the reinvention of our energy sector is more aspirational than actual). There’s a real record of achievement that the Obama administration can be proud of. But there’s also a real record of mass deportation, drone strikes, and the placating of big banks. The embrace of certain immoral positions that ensure the continuance of the empire is a prerequisite for being an American president, and it’s something Obama’s symbolism could never overcome.

Because symbols, as powerful as they can be in some respects, are largely a distraction. They allow us to pretend things are better than they are, that we aren’t measuring progress against the our ideas of fascistic catastrophe, as opposed to a noble vision of freedom, justice, and equality. Symbols are seductive. President Obama perhaps even more than usual, because his symbolism as the first black president made the country even more unwilling to deal with its legacy of racism, having satisfied itself with the progress made by electing Obama. Even as we lived the backlash of the Tea Party, the birthers, and Donald Trump’s racism, we could pretend it wasn’t as meaningful as having made the big leap in electing a black man to the office of president.

I can’t help but sometimes look at President Obama and be struck that he’s seemed to keep his humanity intact.

None of this has anything to do with Obama himself. Any black person who entered this office at this time would have produced a similar effect. What’s frustrating about Obama is he has more often than not acted as though he, too, believes his symbolism is enough, as if his election healed America’s most significant racial wound and there wasn’t much left for the country to address. Those who argue for the power of symbolic politics often say that a political leader who represents a marginalized community is more likely to prioritize their needs, but the Obama presidency produced more rhetoric about rising tides lifting all boats than redress around specific racist injury. We were told this would be more effective. We needed a movement to wake us up from that delusion.

Except you would hardly have known there was a movement challenging white supremacy happening in the streets from Obama’s State of the Union address. For him, it was the beginning of the end—a retrospective on what he’s accomplished and a vision for where he would like to see the country to go when he’s out of office. Nowhere in that vision was an articulation of how the United States can uproot racism. For all of the talk about how there’s nothing at stake for him anymore, and how he’s able to speak more freely about things that would have been political liabilities four and eight years ago, Obama didn’t seem to feel free to talk about the most consequential political movement happening in the country right now. Rather, he appeared uninterested. It’s true that he’s spoken more openly about racism in the public sphere as of late, but Marc Maron’s WTF podcast is a different venue than that State of the Union speech, in reach and prestige. To fail to elevate the discourse happening around racism and white supremacy right now to the level of importance implied in the State of the Union—the last one he will deliver—says something of how he regards it. Symbols will always disappoint.

Obama is a complicated symbol, though, because he is such an impressive man on his own merits. For all my political disagreements with him, for all the blatantly oppressive actions he has taken as president of this country, I can’t help but sometimes look at him and be struck that he’s seemed to keep his humanity intact. He is still a charismatic figure that’s able to win people over with intelligence and humor. And it’s really fucking cool to have a president that knows who Kendrick Lamar is, let alone is on the right side of history in recognizing that Lamar is better than Drake. Less cool is having a president that thinks, as Obama said last Tuesday night, that “the protester determined to prove that justice matters” and “the young cop walking the beat” are a part of the same dream, or that “see[ing] ourselves not, first and foremost, as black or white, or Asian or Latino, not as gay or straight, immigrant or native born, not as Democrat or Republican, but as Americans first, bound by a common creed,” is an admirable goal and not a form of patriotism that welcomes us all to take uncritical pride in a history of racism, sexism, homophobia, imperialism, and economic exploitation.

But that’s symbolism. That’s progress. That’s what we’re content with settling for time and again. The kind of change we need for this to be different won’t start at the presidential level. The Obama presidency is proof enough. To get beyond progress, to create the kind of transformational change we need, we have to start by questioning the very core of what has built the American identity.

It’s clear we haven’t done this as we prepare ourselves to have the same conversation about a potential Hillary Clinton presidency. In the event she wins the Democratic nomination and eventually the presidency, her election would signal progress—that’s part of the reason Planned Parenthood broke with tradition to endorse her candidacy during the primary. But she will carry with her the hopes of symbolism her politics will not be able to live up to. She will, as Obama has, as every president does, disappoint on a number of fronts, but her ascendance to the position of president will still be lauded as progress. What we’ll need to realize is that progress simply isn’t enough, and the type of radical change that will actually ensure freedom, equality, and justice for all will not come through investing ourselves in the symbolism of the American presidency.