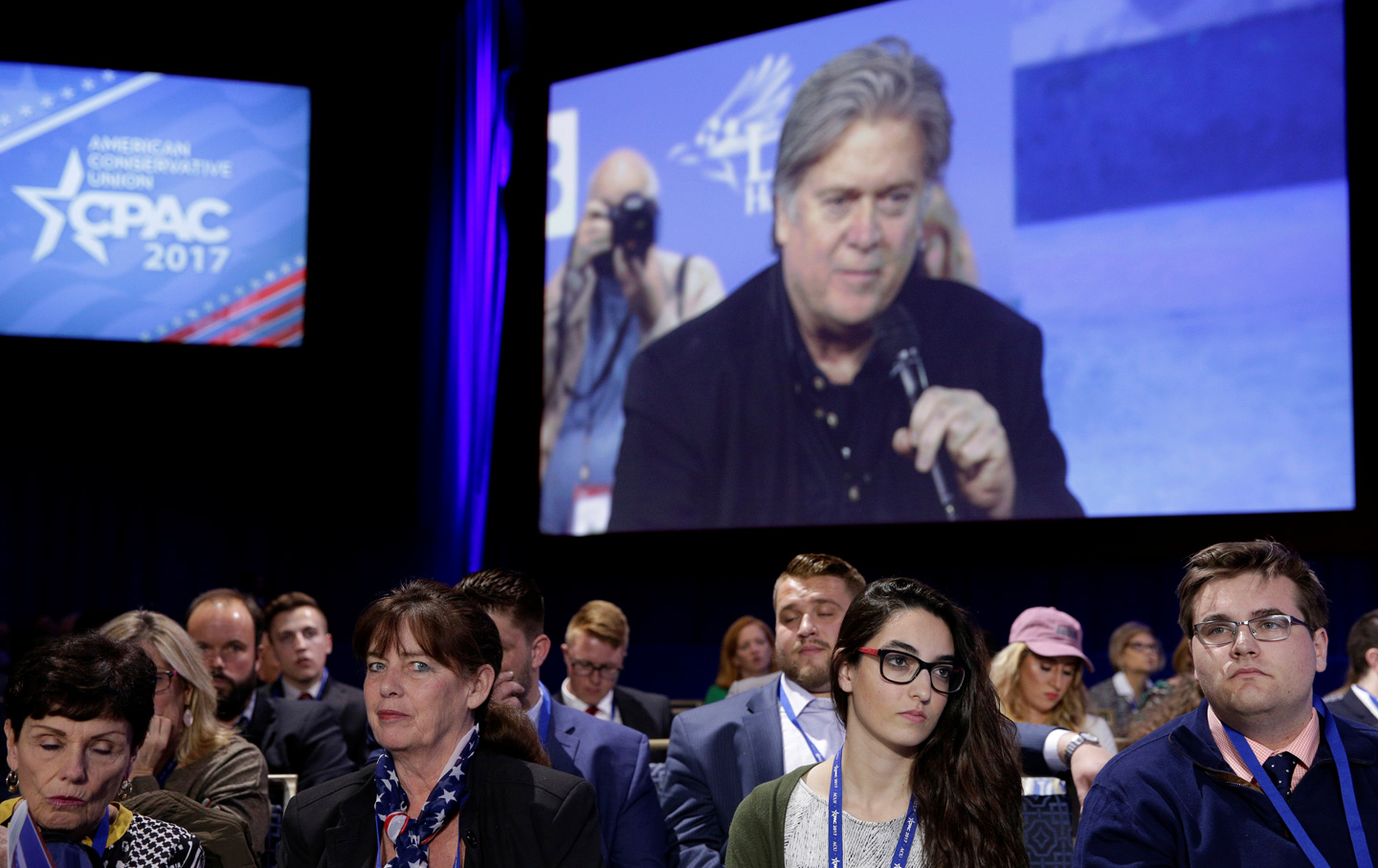 Liberals believe they’ve debunked the stated rationale of Donald Trump’s so-called “immigration ban,” which has been revised to try to pass legal muster this time around. As MSNBC’s Rachel Maddow revealed last week, two reports by the Department of Homeland Security that recently became public show that no domestic terror plot or attempt has been committed by anyone from the six nations now on the list—Iran, Libya, Syria, Somalia, Sudan, and Yemen (Iraq has been removed). In fact, those drawn to Islamic extremist plots in this country tend to have been radicalized on our own soil. “Country of citizenship is unlikely to be a reliable indicator of potential terrorist activity,” one report concluded.

Courts will have to decide whether the made-over executive order still functions as a religious ban, since more than 90 percent of the citizens of the six nations on the list are Muslim. But it’s also time to see the order as reaching beyond narrow definitions of national security to a broader goal—remaking the United States as a white, Christian nation, one that rejects cultures that Trump and his most influential policy advisers deem unlikely to “assimilate” and share our values.

Steve Bannon and Stephen Miller, you’ll recall, are critics of even much legal immigration. “Isn’t the beating heart of this problem, the real beating heart of it…we’ve looked the other way on this legal immigration that’s kinda overwhelmed the country?” Bannon asked Miller during a Breitbart radio show last year. “When you look and there’s got 61 million, 20 percent of the country, is immigrants—is that not a massive problem?”

Remarkably, Trump and Bannon once disagreed on the issue. Over a year ago on Bannon’s Breitbart radio show, Trump said that he wanted Ivy League–educated immigrants, here legally or not, to be able to stay. “We have to be careful of that, Steve. You know, we have to keep our talented people in this country.”

Bannon demurred. “When two-thirds or three-quarters of the CEOs in Silicon Valley are from South Asia or from Asia, I think…,” Bannon said. “A country is more than an economy. We’re a civic society.” (Of course Bannon was way off; Asians and Asian Americans make up only 14 percent of “executives” at any level in Silicon Valley.)

Bannon liked that argument so much he reprised it at the Conservative Political Action Conference last month. “The center core of what we believe, that we’re a nation with an economy, not an economy just in some global marketplace with open borders, but we are a nation with a culture and a—and a reason for being,” Bannon told his admiring right-wing audience.

And Bannon has long made the case that Muslims are a poor fit for our culture. “These are not people with thousands of years of understanding democracy in their DNA coming up here,” Bannon said on his radio show last year. (Neither do we, by the way, as a country that is only 240 years old.) Bannon’s former administration ally, deposed national-security adviser Michael Flynn, has denied that Islam is even a religion: “Islam is a political ideology [that] definitely hides behind this notion of it being a religion,” he told an anti-Muslim group in Dallas last year.

More recently, policy adviser Miller has taken to defending the immigration ban in economic and cultural terms as well. “Uncontrolled immigration over many years has undermined wages, hurting prospects for people from all backgrounds and all walks of life and has made us less safe,” Miller said. “Proper controls will raise wages, improve employment, help migrant workers enter the middle class who are already living here and keep us safe from the threat of terror.”

The cleaned-up immigration ban, remember, is targeting would-be legal immigrants: those who have gone through appropriate channels to acquire a visa, some of whom have sought asylum or refugee status. Just like the last version of the ban, it will cut the number of refugees allowed to enter by half. It’s a way of saying “no” to the sorts of people who would normally have had a family, health, work, or humanitarian reason to enter the country legally. These are not the folks slipping over the border. They are doing the right thing to enter the country; the Trump administration is doing the wrong thing. But it’s part of a much larger plan to fight the demographic forces that threaten Republicans politically and culturally.

It’s not clear that the cleaned-up bill is legal. As Ian Millheiser argues, since the courts took into consideration Trump’s promises of a “Muslim ban,” and Rudy Giuliani’s brazen insistence that the immigration ban was Trump’s effort to accomplish that, the courts could still find that the order is still an unconstitutional attack on religious freedom. It should also be noted that the administration has undermined its own argument that the ban is an urgent matter of national security. The Trump team took its time revising the order, then reportedly pushed back its signing because they wanted to bask in the glow of last Tuesday night’s speech to Congress.

That glow dimmed with more revelations of Trump campaign communications with Russian officials last week, and turned to ash when Sessions promised to recuse himself from investigations into Trump’s campaign, upon the revelation that he himself spoke to the Russian ambassador twice. Trump’s own bizarre claim that President Obama illegally “tapped” Trump Tower is itself overshadowing the immigration ban. But civil-liberties lawyers are keeping track of it, and we’ll soon know whether the administration has successfully obscured its religious discrimination with claims about national security, cultural fit, and Islam as an “ideology,” not a religion.