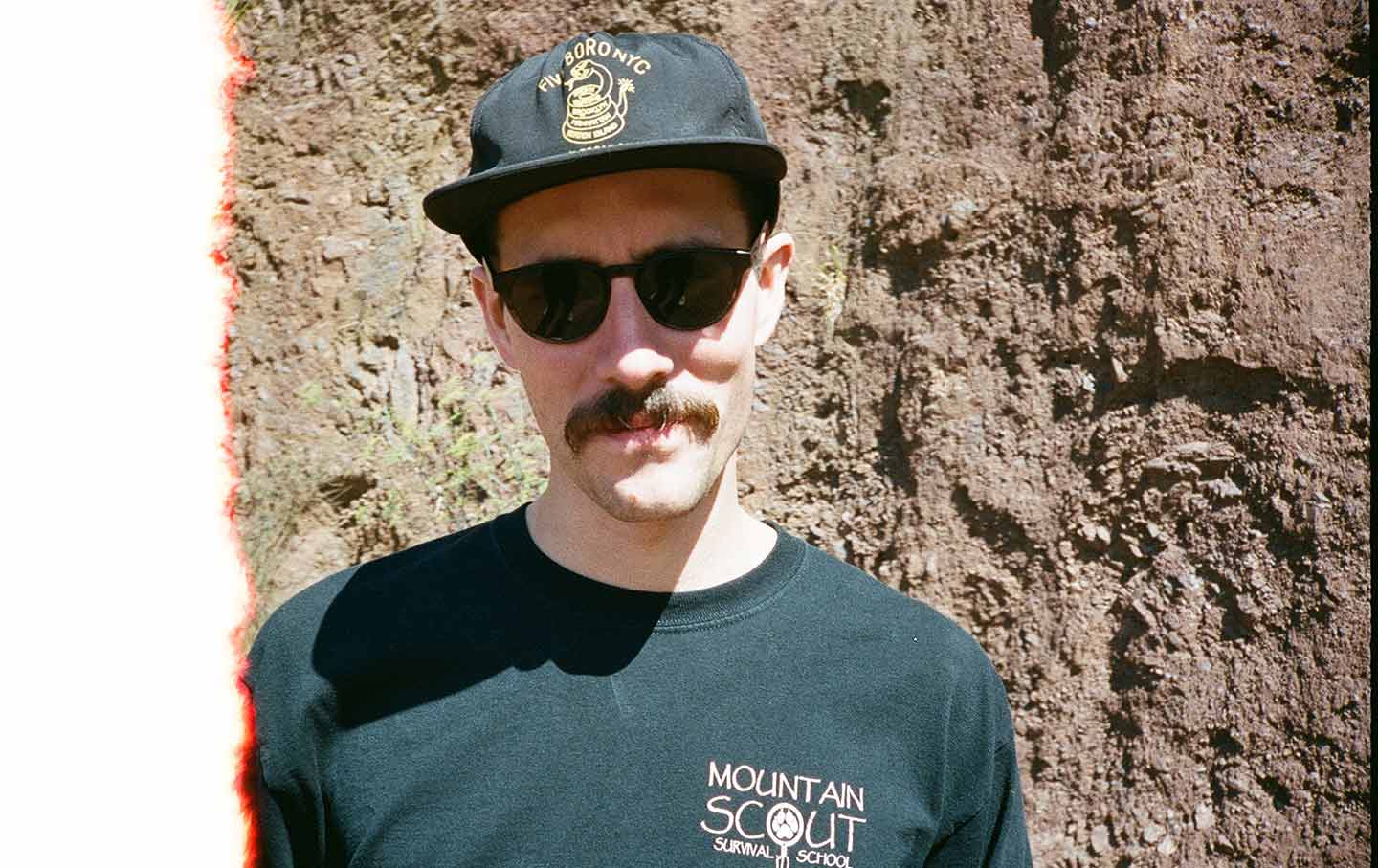 I’ve been haunted by Don for the last few days. Not Donald Trump—he is a nightmare, but not a ghost. The Don haunting me, and those around me, is a welcome specter.

The 2016 election result has made obvious and urgent what was already true: there is a war to fight. Our collective incredulity over Trump’s victory also suggests that we don’t yet know how to fight it. Too many Americans trusted Clinton’s neoliberal capitalist feminism as a buoy against fascism; it wasn’t a shield, let alone a weapon. In the uphill battle against authoritarianism, racism, sexism and transphobia we need a well-stocked arsenal, a diversity of tactics. Here, I propose just one: In the face of Donald and darkening times, we do well to let a different Don haunt us. This is no time to underestimate the importance of radical ghosts.

The Don I’m talking about went by his middle name, and was better known as Clark Fitzgerald. Clark died at the age of 28, one day before Donald Trump was elected president and just in time to haunt burgeoning fascism with a vengeance, so long as we let him. Clark was a brilliant, mischievous, generous believer in commune and community, beloved across the fractured New York left. Rake thin, beanstalk tall, mustache and grin. He died in a car crash in Monday’s early hours on a Wisconsin highway. The vehicle swerved to avoid a deer carcass, swerved again and flipped. Clark was the only fatality. The car was part of a caravan on its way to Standing Rock to join and support the fight against the Dakota Access Pipeline—a struggle for life, water and earth that runs much deeper than one crude oil passage.

In these last grim days, Clark’s absence, which is a presence, has for me illuminated the strength of a radical coming together, which, crucially, is about solidarity beyond collective opposition to Trump.

I saw hope and purpose on election night, not in the clasped hands and hugs between liberals and leftists staring in disbelief at reddening infographics (although there was solace there). As the results rolled in, I was in a community bookshop in Queens, without screens, oblivious to the national narrative unfolding, reuniting with distanced comrades to think about Clark. The fearsome spectacle of Trump’s victory didn’t creep into this memorial. I walked away from the event, dead phone in hand, assuming Clinton was well on her way to a firm win, only to join journalist friends at a viewing party sitting open-mouthed in front of a red map. But it was the memorial, not the election result, that renewed my commitment to organize, risk and fight.

Back in 2010, I met Clark at a reading group (the anti-state communist reading group, to be precise). The friendships forged there became the foundation of an anarchist-leaning cadre that helped fuel Occupy with far-left, sometimes blustery energy. You could spot Clark in any crowd, and police always seemed to. We took trips, marched, dangled donuts in front of somber riot cops, shared long meetings, anger and disappointment. We were thick as thieves for some years, but drifted apart more recently. No animosity—we chose different projects, different organizing spaces; far-left organizing in New York cleaved along ideological and personal lines. In truth, I’ve been apathetic; Clark never was. Had the Standing Rock–bound caravan reached the Dakotas, I’m sure that Clark’s November 8 would have been absent of a big screen glaring red and blue. Trump’s ascendence was not Clark’s wake up call to put his body on the line against white supremacy and capitalism.

I do not underplay the gravity of Trump’s win: The country has proven more dangerous than many of us thought, bad empiricists as we’ve been, and it will grow more dangerous still for the most vulnerable. It was heartening to see thousands and thousands of people take to the streets on Wednesday night across America; the New York crowd was diverse and young. In our first hours of shock, perhaps it was enough to come together to chant “Fuck Donald Trump.” But the other most popular chants, “Not my president” and “Love trumps hate” bode ill for resistance. Because he is your president, America. That fact, and all the surfacing ressentiment it entails need fighting, not denying.

As I hugged old comrades and drank together to Clark on Tuesday night, I did not love everyone there. A lot of us don’t even like each other. But the presence of Clark’s absence brought me back to those who have been committed to direct-action anti-fascism long before Trump’s ascendance. Attending Clark’s memorial on Tuesday night, instead of an election viewing, didn’t mean closing my eyes to the dark political realities unfolding. For me, the memorial, Clark’s absent presence, affirmed the need to unite, organize, and fight before I knew that Trump had won. And those who may blame for Trump’s victory anarchists and leftists who refused to be With Her would do well to remember that these people may be the shock troops for the anti-fascist direct action we’ll need.

Ghosts like Clark are important. I recently wrote about the ethical and political relevance of ghosts, just days before my friend became one. Our awareness of ghosts, even as we disbelieve them, suggests that another world is not only possible but already present.

Clark, as his best friend reminded us at the small memorial, has expanded beyond a locality now. He can be at Standing Rock and marching in New York and shooting guns in the woods, all at once. Of all ghosts, Clark will enjoy rupturing our sense of circumscribed reality with the greatest glee. He fought for rupture, so he still does.

At the memorial, Clark’s best friend read some words Clark had written, which had originally been scribbles of political imaginary. Spectral, they returned anew with renewed force. “Live how we want to,” he wrote. “Account for real needs and desires whilst making a million and one sacrifices. Do anything for each other. Follow our own paths when we need to. Understand that, deeply. Do all that shit you’ve yearned after since childhood. Start a hunting club, spend a week in the woods with only our will and wiles, get off the goddamn computer, hold a neighborhood assembly in Rosemary’s, build a sensory deprivation chamber, fight so hard we don’t feel as if we’re going to explode all the time, make that the great American past time again.”

This week may feel like time is out of joint. History, sold as progress, has led us to a future that feels like the past. We talk of the specter of fascism. But to see current events in this framework neglects that white supremacy and its attendant fascisms are not specters but American foundations. The specter, I hope, is Clark and ghosts like him—if we let them in and insist upon a profound rupture in this current reality. You can’t pin down a ghost. And you can’t govern a country that refuses to be governable—which disobeys, strikes, walks out. We can be ghostly this way, together. Now listen to Clark and get off the goddamn computer and fight, so hard.