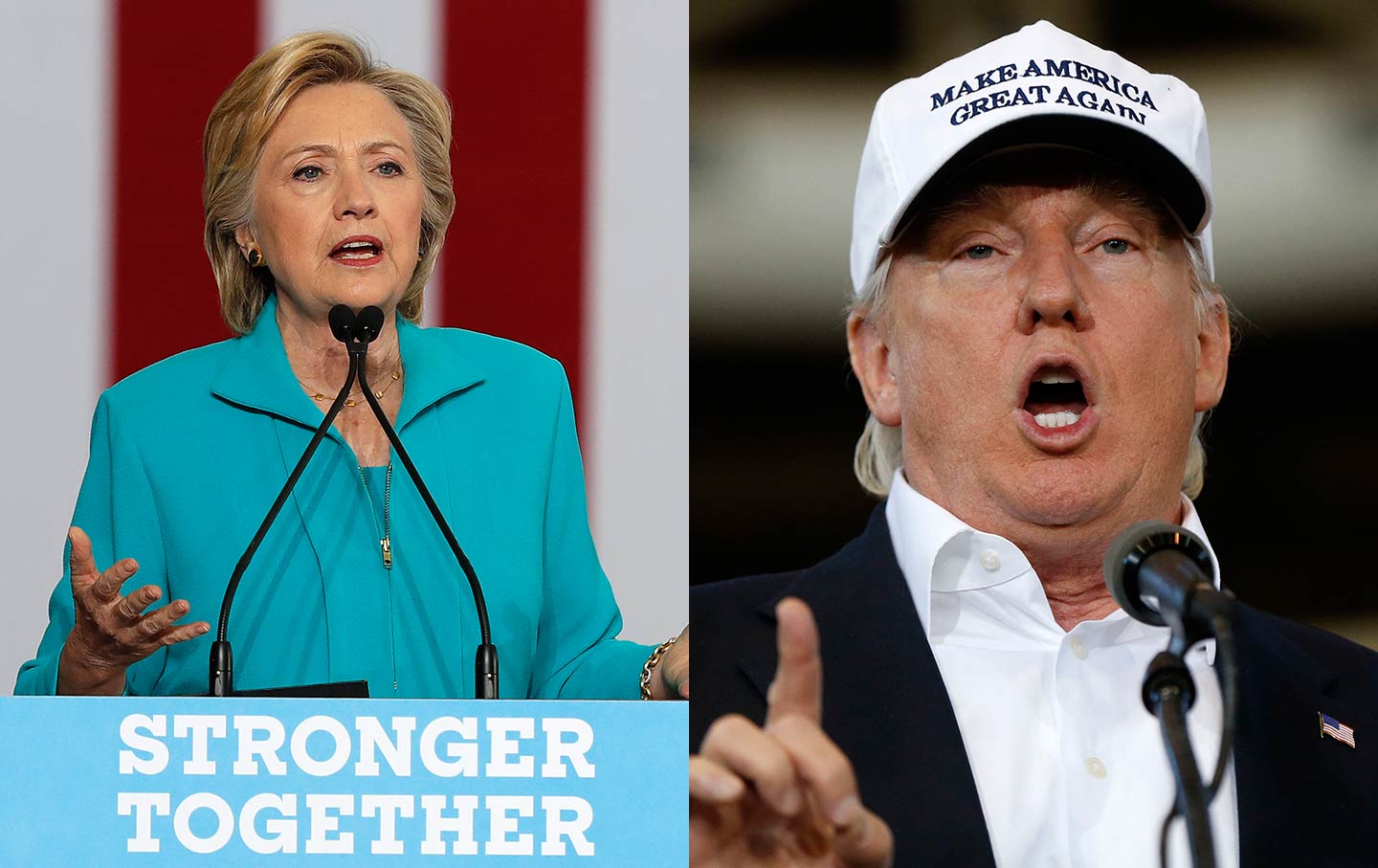 Hillary Clinton’s speech on the racial bigotry and white grievance that pollutes Donald Trump’s campaign should turn out to be the most consequential address of the campaign, even of the decade. We have to go back to Barack Obama’s 2008 Philadelphia speech to find such honesty about race and racism and, in Clinton’s case, about the way one campaign in particular has used it to divide the country in the last year.

I confess, I had some worries about the speech. I didn’t want her to get down in the filth of what’s called the “alt-right,” a sewer-level playground for white supremacists, anti-Semites, and racists. I wasn’t sure how deftly she could link their nihilism and nationalism to Trump. She did it very well, grounding her speech in Trump’s own words and Trump’s own history. She derided his current “appeal” to African Americans for the way it plays on right-wing stereotypes of black people and black neighborhoods as ravaged by crime, disease, poverty, and ignorance. “He doesn’t see the success of black leaders in every field. The vibrancy of black-owned businesses…. Or the strength of the black church.… He doesn’t see the excellence of historically black colleges and universities or the pride of black parents watching their children thrive.”

She tied the ongoing struggles of black Americans to the pervasiveness of discrimination—including discrimination perpetrated by Trump himself, going back to his having to settle claims of racial bias against black tenants in his housing developments in the 1970s and ’80s. Clinton let details tell the story. “Their applications would be marked with a ‘C’—’C’ for ‘colored’—and then rejected,” she said, with a quiet, building disdain.

Walking the crowd through Trump’s long personal history of bigoted appeals, she began with his claim that President Obama wasn’t born here, “part of a sustained effort to delegitimize America’s first black president,” she told the crowd. “He described Mexican immigrants as rapists and criminals. And he accused the Mexican government of actively sending them across the border. None of that is true.” She ticked off the racism of saying Judge Gonzalo Curiel can’t do his job because “he’s Mexican,” which even House Speaker Paul Ryan, she said, called “the textbook definition of a racist comment.” She reminded us of Trump’s penchant for retweeting white supremacists and anti-Semites, and his claim that he didn’t know anything about David Duke and his career as a white supremacist. In fact, he’d denounced Duke as a white supremacist back in 2000 when the former KKK grand wizard joined the Reform Party.

Only then did she turn to Trump’s affiliation with the so-called “alt-right,” observing, “Look at who he put in charge of his campaign.” She explained new Trump CEO Steve Bannon’s affiliation with Breitbart News, which he’s called “a platform for the alt-right,” and shared some ugly Breitbart headlines, including “Hoist It High And Proud: The Confederate Flag Proclaims A Glorious Heritage,” which she noted “came shortly after the Charleston massacre,” in which nine African-American churchgoers were murdered by a white supremacist who wrapped himself in the Confederate flag on Facebook.

Now, you can dislike Clinton’s speech. You can fact-check it, and perhaps find something wrong—although to my knowledge nobody claimed any inaccuracy. But what you really shouldn’t do, if you are a journalist of any kind of conscience or capacity, is act as though Clinton had somehow gotten down in the gutter with Trump—merely by describing what Trump is doing.

Yet that’s the kind of coverage we got. Some commenters got it right, but the reporters and editors charged with “objectivity” immediately equated Clinton’s clear-eyed exegesis of Trump’s racially divisive campaign with Trump’s calling her a “bigot.” The Washington Post headlined its story: “Clinton, Trump exchange racially charged accusations.” Bloomberg went with “Trump and Clinton trade charges of racism.” Lots of outlets went for the more colorful metaphor of “barbs:” The Huffington Post, Fox News, CNBC, and the Financial Times all went with some version of “Clinton, Trump trade barbs on race.” Following the speech, Politico claimed: “Clinton and Trump throw more punches on race.” And on Monday on NBC’s Today show, a disgusted Chuck Todd complained that the two candidates had begun “a race to the bottom…hurling epithets at each other.”

Where is the evidence that would justify equating Clinton’s claims about Trump’s racism with Trump’s charge that Clinton is a “bigot”? There isn’t any. Clinton has no history of bigotry. She began her career working for Marion Wright Edelman’s Children’s Defense Fund, going undercover as a white mother to expose racial discrimination in Alabama schools. She then researched racially inequitable juvenile-justice policies in South Carolina. From her time as first lady, she’s espoused the issues of women and children dearest to African Americans, crusading for universal preschool and children’s health care. Some of her closest female aides and friends are black women. No, she’s not perfect, but to call her a bigot is a disgrace. Oh, and false.

Ride-or-die Trump surrogate Scottie Nell Hughes at least put some reasoning behind her claim that it’s Clinton who’s the bigot. The CNN contributor mocked by Saturday Night Live for her fact-free Trump defense explained it this way:

Bigotry, if you look at the definition, it’s about someone who’s small-minded and sits there and directs hate towards a certain group…. Hillary Clinton’s speech [attacking alt-right conservatives] was all about hate towards a group that, while my fellow counterpart might consider them to be very racist, it’s the exact opposite. These are God-fearing, baby-loving, gun-toting, military-supporting, school choice-advocating Americans!

So Clinton is a bigot because she’s bigoted against bigots. Got it. Hughes deserves credit for at least explaining why she considers Clinton a bigot. Her better-credentialed mainstream-media colleagues mostly didn’t even bother to try. An important chance to explore a growing paranoid fringe of people, most men, who want to make the United States a white homeland, devoid of minorities and Jews, was missed thanks to the lazy crutch of false equivalence. Some people may have a lot to explain when this campaign is over.