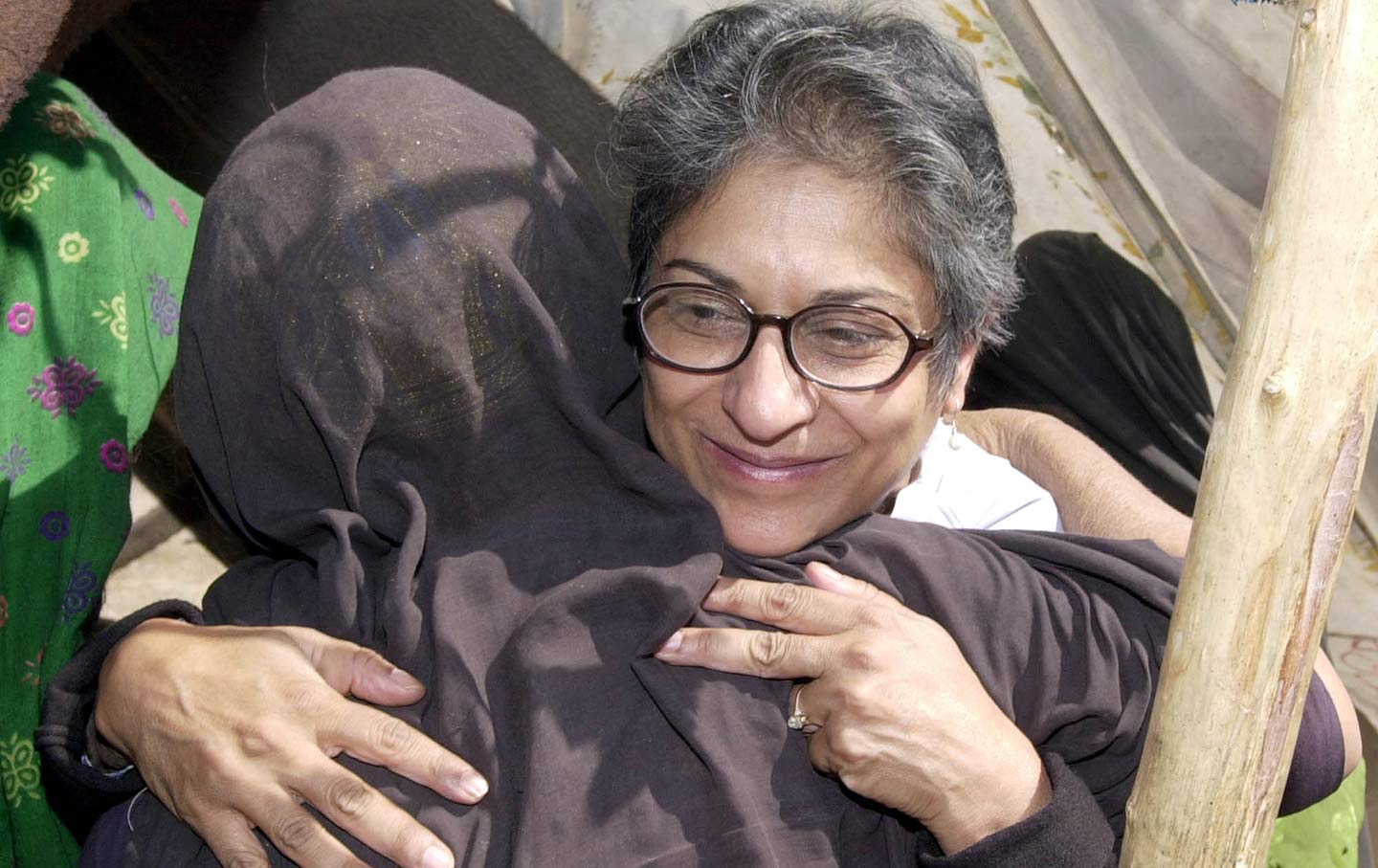 Only a few days before Pakistan’s most famous human-rights advocate, Asma Jahangir, was felled by a heart attack, she was speaking out in support of a group of ethnic Pashtuns who had marched across the country from their homes along the Afghanistan border to protest military brutality. A Pashtun boy had been killed on the false charge that he was a terrorist.

Many Pashtuns have been and still are allied with the Taliban—who have wreaked deadly havoc in both Pakistan and Afghanistan—and they are not always welcome guests in Islamabad, Pakistan’s capital, where the protesters had gathered. The United States accuses Pakistan of not doing enough to curb them. But Jahangir, true to form, saw their delegation as frightened people demanding rights.

“Asma fought tirelessly for anyone and everyone without a voice,” said Kathy Gannon, a Canadian senior reporter for the Associated Press who has spent decades in the region and knew Jahangir well. “She was a fierce and powerful voice for the disenfranchised, for religious minorities, women, democracy advocates. She took on the powerful military, the intelligence services. She stood her ground against Islamic militants,” Gannon wrote in an e-mail on her way to the 66-year-old activist’s funeral in Lahore .

Jahangir was born in Lahore, Pakistan’s most cultured and intellectually vibrant city, and unlike many others from her privileged background, she was educated from primary school to law school in her home country rather than flocking to Western universities. By the end of her life, she was an international figure who garnered numerous awards for her pro-democracy agitations and protests. She was arrested and imprisoned several times under Pakistani military rulers, most notably Muhammad Zia ul Haq and Pervez Musharraf.

Some Pakistani democracy advocates were unhappy that she was less critical of politicians than she was of the military. Her criterion for this distinction was that if politicians were democratically elected, voters should be the ones responsible for holding them to account.

In an interview with me after Benazir Bhutto had become the country’s first female prime minister in 1988 and seemed to be stumbling in governance, Jahangir said it was disappointing that Bhutto had not parlayed her enormous popular support into real reform, bringing people out into the streets to demonstrate for child protection—Jahangir was a champion for child laborers exploited in brickyards—as well as for better labor laws and other changes needed after Zia’s long military rule.

Jahangir and her sister Hina Jilani, cofounder with Jahangir of the country’s first all-female law firm, were not only advocates for women’s rights but also influential models for women in the legal professions. They were among the founders of the Human Rights Commission of Pakistan, which Jahangir chaired.

Jahangir was the first woman to become president of the Supreme Court Bar Association of Pakistan. Concerned for decades about the necessary role of the courts in supporting democracy, she has been critical of judges for engaging it what she called too much “judicial activism.” In July 2017, she criticized the decision of the Supreme Court to remove Prime Minister Nawaz Sharif from office, since it was widely believed his disqualification on a charge of financial impropriety bore the fingerprints of the military.

Over the years both Jahangir and Jilani undertook human-rights missions for the United Nations. For Jahangir, a significant one was to study religious tolerance in India. In Pakistan she had been criticized and distrusted among some Pakistanis for being too supportive of good relations with India on one hand and, on the other hand, for or not keeping the focus on Pakistan, So in 2008, when she was sent to India by the UN Human Rights Council as the special rapporteur on freedom of religion or belief, her report was eagerly awaited.

Jahangir went about her task in a lawyerly way, traversing India to gather evidence from officials, human-rights activists, and religious minorities. Among her conclusions was a repeated focus on sectarian-based violence, particularly in certain Indian states. Her warning was prophetic.

“Organized groups claiming roots in religious ideologies have unleashed an all-pervasive fear of mob violence in many parts of the country,” she wrote in her report. Jahangir warned that violence on a large scale could happen again “unless political exploitation of communal distinctions is effectively prevented and advocacy of religious hatred that constitutes incitement to discrimination, hostility or violence is adequately addressed.”

Ten years later, with Hindu nationalists in power in India, fearful Muslim and Christians, especially from the lower castes, are seeing this prediction come true. Since her report, savage attacks have taken place not only in India but also in Buddhist Burma and in Sri Lanka, as a civil war involving Buddhists, Hindus and Muslims ended.

When the news of Jahangir’s death on February 11 began to circulate, politicians from Pakistani President Mamnoon Hussein to leaders of political parties and personalities in the arts heaped praise on her. The media across the region, including numerous news organizations in India, commended her for her fearless campaigns against authoritarianism and discrimination.

Meenakshi Ganguly of Human Rights Watch tweeted: “We will miss her incredible courage in insisting that human rights cannot be compromised, ever.”