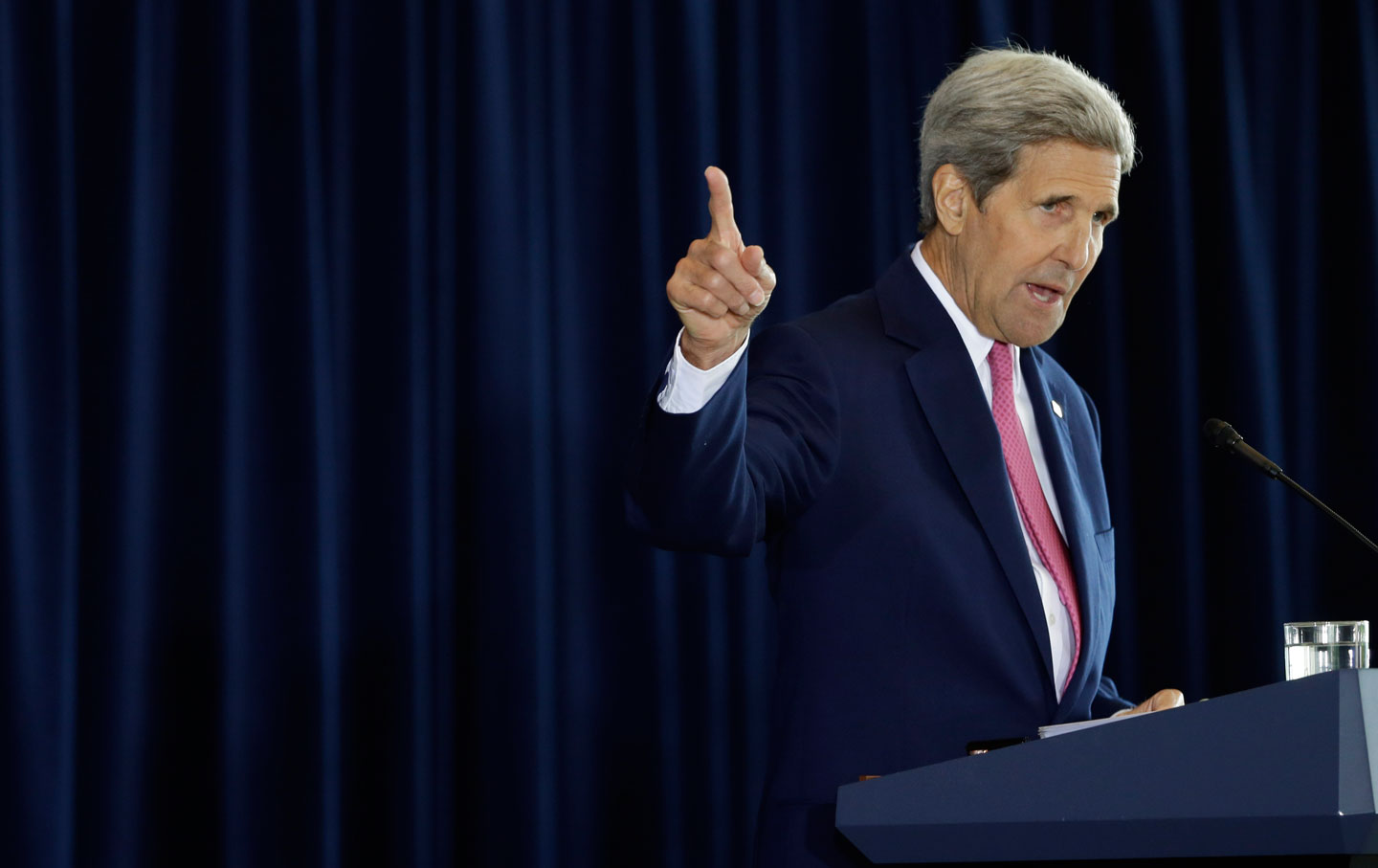 With Maryland Democratic Senator Barbara Mikulski’s announcement on Wednesday that she supports President Obama’s nuclear accord with Iran, the last ray of hope for opponents of the deal to kill it via congressional disapproval seemed to go dim. Mikulski’s approval, bucking a relentless campaign by Israel lobby groups against the deal, raised to 34 the number of senators supporting the deal, enough to ensure that Obama’s promised veto of a deal-killing measure from the Hill can be sustained. That means the deal can be implemented—specifically, that legislative sanctions can be waived by the president—according to a compromise law drawn up by Senator Bob Corker, a Republican opponent of the accord, and Mikulski’s fellow Marylander Ben Cardin, a staunch supporter of Israel who’s still on the fence.

The Israel lobby, however, isn’t done. Several plays are at hand. The first sees intense pressure on the seven remaining undecided Democrats in the upper chamber in an effort to do little more than embarrass the president. If Obama can marshal four of them into voting against a resolution of disapproval of the deal, he can avoid having to veto an effort to knock down a signal foreign-policy achievement; a vote slated for next week on the resolution, despite the cries of congressional hawks, requires, as any other bill does, a 60-vote threshold to end debate. That won’t be a cakewalk—Cardin, who is under pressure even from his own rabbi, and Oregone’s Ron Wyden are all close to the Israel lobby and facing a flood of ads against the deal—but Obama got a boost on Thursday. New Jersey Senator Corey Booker, a close ally of right-wing pro-Israel figures, announced his tepid support for the deal. Mark Warner of Virginia and Heidi Heitkamp of North Dakota then piled on, bringing the total of senators in support of the deal to 37.

The Israel lobby isn’t done. Opponents of the Iran deal already have plans B, C and D.

But opponents of the deal already have plans B, C, and D. Reports began floating around on Wednesday of efforts in Congress to pass a bill in tandem with the doomed-to-fail resolution of disapproval that would put onerous requirements on Obama’s implementation of the deal, and throw in a few poison pills for good measure. In addition, hawks in state legislatures and among Republicans on Capitol Hill itself are pressing to de facto reimpose full sanctions on Iran, through the so-called “non-nuclear” sanctions—those targeted at human-rights violations and terrorism—that the Obama administration had said from the get-go it would not lift as part of the accord. The fight to keep the historic nuke deal alive, in other words, is just getting started.

So far, though, the agreement itself and Obama’s apparent ability to block a resolution of disapproval in Congress constitutes a major defeat for the pro-Israel flagship, the American Israel Public Affairs Committee (AIPAC). The debate has in many ways been clarifying. Opponents of the deal like New York Senator Chuck Schumer and New Jersey’s Bob Menendez—the only Democratic senators to announce their opposition to the deal—are in an isolated position. They are siding with Republicans and the right-leaning center of gravity in the pro-Israel world at a time when Democrats, at the grassroots and, for one of the first times, at an elite level, are becoming more and more critical of Israel (or at least more willing to oppose Israel’s goals). Liberals, in other words, are falling onto the liberal side of the budding Democratic civil war over Israel politics—that is, the anti-war side. As if to reinforce this, former Vice President Dick Cheney, who will give a speech next week opposing the deal at—where else?—the inveterate hawk house of the American Enterprise Institute, told Fox News that America should trust his judgement because he “was right about Iraq.” This is the company Schumer and Menendez are keeping.

Progressives’ early celebrations of this milestone may yet prove to be premature.

The rearranging of Democratic politics regarding Israel evidenced in support for the Iran deal, however, isn’t a sea change: Even the deal’s proponents cite Israel’s security in their endorsements of the deal. Those politicians are probably right: Much of Israel’s security establishment, too, thinks the deal makes Israel safer. But the Israeli electorate has utterly failed to recognize this; instead, the man at its head, Benjamin Netanyahu, has continued to wage a scorched-earth campaign against the deal. For those opponents of a deal who aren’t daunted by siding with Cheney, they’re unlikely to reconcile with the fact that Netanyahu reportedly already tried repeatedly to push for a war with Iran in 2010, 2011, and 2012.

That’s one of the reasons a presumably AIPAC-backed effort to introduce the Iran Policy Oversight Act of 2015—which I’m told isn’t finalized yet and will be introduced by Cardin—is so dangerous. The bill, as it’s drafted now, includes authorization for the transfer of so-called bunker-busting bombs, otherwise known as Massive Ordinance Penetrators (MOPs), to Israel. MOPs would be crucial to Israel’s efforts to inflict serious damage to Iran’s nuclear sites, but the military has so far rejected handing the weapons over—not least because the MOPs need as a delivery vehicle advance bombers whose design the United States holds closely. Giving Israel increased abilities to attack Iran when it has already sought to do so would seem the height of irresponsibility; inviting the very war the diplomatic deal is meant to avert. As Jim Lobe, who broke the draft-bill summary on Wednesday, points out, there are other poison pills: among them, a neoconservative-designed effort to reimpose many banking and targeted sanctions at the outset, and imposing restrictions on business with Iran during the implementation of the deal, as well as imposing new nuclear requirements on the Iranians.

With Republicans looking to dismantle any Obama accomplishment and Democrats looking to repair the rift with the Israel lobby, myriad challenges to the deal remain—despite the accomplishment of blocking a bill designed to kill the deal in Congress. Progressives’ early celebrations of this milestone may yet prove to be premature. As opponents of the accord, who strongly overlap with proponents of war, grow more desperate, the fight over the Iran nuclear deal will only grow more intense.