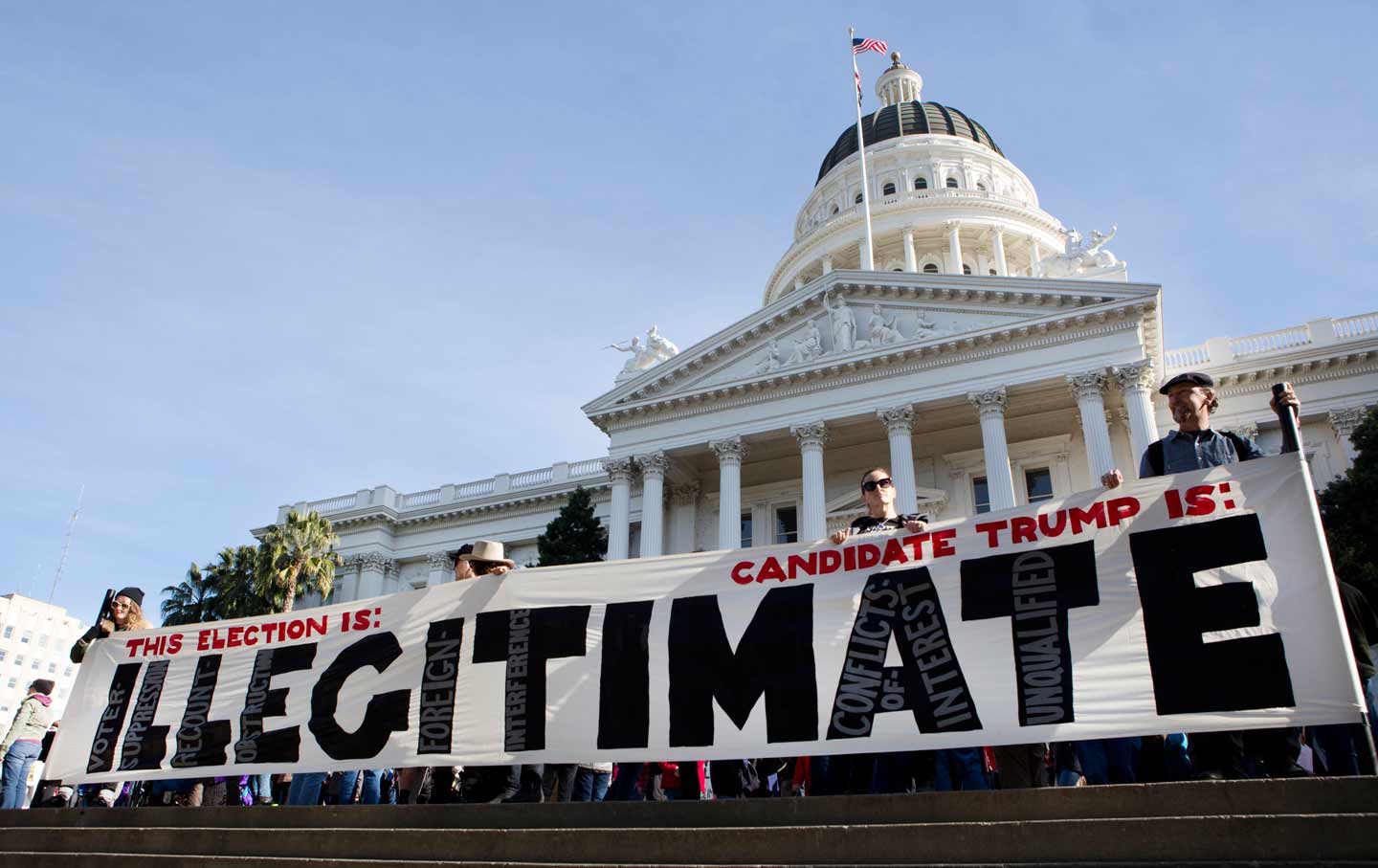 Anti- Trump protesters demonstrate at the Capitol before members of the California Electoral College cast their vote in Sacramento. (AP Photo / Steve Yeater)

The Electoral College was created 229 years ago as a check and balance against popular sovereignty. And, with its formal endorsement of Donald Trump for the presidency, this absurd anachronism has once again completed its mission of desecrating democracy.

As of Monday afternoon, the actual vote count in the race for the presidency was: Democrat Hillary Clinton 65,844,594, Republican Donald Trump 62,979,616. That’s a 2,864,978 popular-vote victory. Yet, when the last of the electors from the 50 states and the District of Columbia had completed their quadrennial mission early Monday evening, the Electoral College vote was: Trump 304, Clinton 227.

The Electoral College’a voting for Trump was accompanied by shouts of “Shame!” in states across the country. “These unprecedented protests made clear that Donald Trump lost the popular vote and has no real mandate,” explained the Progressive Change Campaign Committee’s Adam Green. “Today’s show of resistance reminded the political world that Trump does not represent the will of the people—and it will embolden Democrats to fight Trump as he sides with big international corporations at the expense of American workers.”

Trump gained an Electoral College majority, but that does not change the fact that 54 percent of voters rejected him.

But it does work this way for president. As a result, American presidents can be “elected” without winning the most votes—or anything akin to a mandate.

Such is the case with Donald Trump.

The point of going over the numbers is not to make Trump’s critics feel good. The “billionaire populist” is now, formally and certainly, the president-elect. But the numbers should strengthen the spines of those who intend to oppose a Trump presidency. They can reject his appointments, policies, and pronouncements with confidence that he lacks the popular support of most Americans.

End the Electoral College’s Power to Overturn the Popular Vote

The numbers support that argument. While Trump gained an Electoral College majority on Monday, that does not change the fact that most voters preferred someone else for the presidency.

Trump may be the president-elect. But he has no mandate.