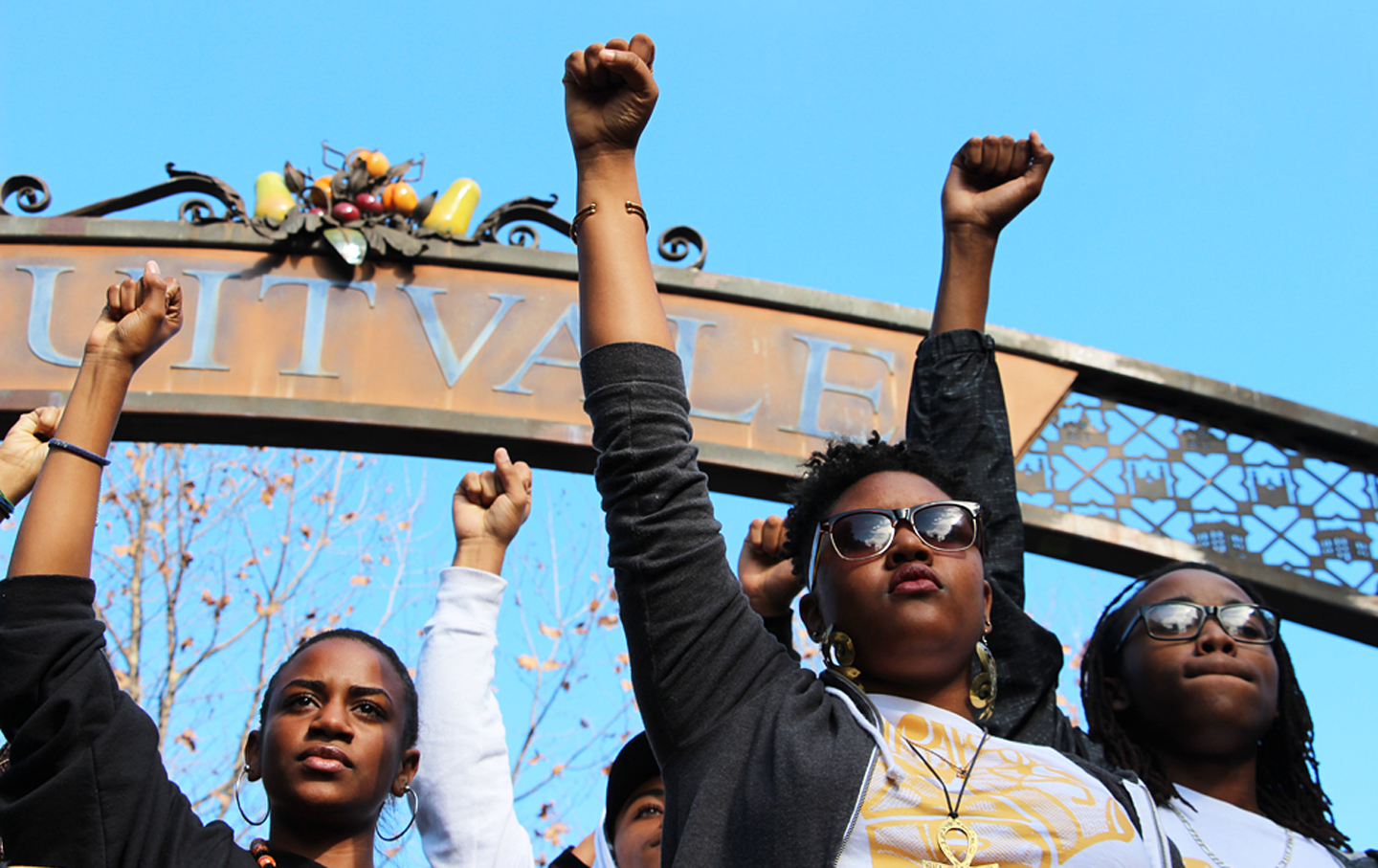 After Gavin Long’s attack on officers in Baton Rouge, Police Chief Carl Dabadie observed that police “are up against a force that is not playing by the rules.” I understand and share his anguish for the loss of life, but I could not help being struck by his choice of words. To what force was he alluding? On Meet the Press following the Dallas killings, former New York mayor Rudy Giuliani laid the blame squarely at the feet of Black Lives Matter. On CNN Tuesday morning, Wisconsin representative and former reality-TV star Sean Duffy went a step further and suggested greater scrutiny of the Black Lives Matter movement, which he argued is a prime instigator of violence against police.

All of this rhetoric is part of a rising chorus after the Texas and Louisiana killings, an effort to define a new category in the war on extremism—so-called black-nationalist terrorism. Proponents struggle to manufacture a domestic equivalent for Al Qaeda. Efforts to link the violence against law enforcement to some mythical, larger black separatist movement, which has made retaliatory violence against police one of its chief aims, is weak at best and irresponsible at worst.

Giuliani’s Convention Speech Got Everything Wrong About Policing

Black Lives Still Must Matter, Even After Dallas

The Republican National Convention nonetheless built much of its opening night on Monday around this idea, with its theme of “Make America Safe Again.” Giuliani implied that the Black Lives Matter movement has “targeted” police and put a target on their backs.” Milwaukee County Sheriff David Clarke was offered as a black law-enforcement spokesperson supporting the notion that the movement represents dangerous extremism.

To be clear: The black lives movement unapologetically focuses on the dignity and worth of black lives. The careless and dishonest way Duffy, Giuliani, Clarke and others chose to frame that movement creates a context that shifts attention away from the very police practices that nonviolent protesters are demonstrating against. More significantly, the possibility of legislators addressing the actions of two mass murders by doubling down on nonviolent protesters may exacerbate an already tense situation, put into place more oppressive polices and procedures, and inflame police-community relations.

At the height of the civil-rights movement in the 1950s and 1960s, the Federal Bureau of Investigation utilized a highly secret and illegal counterintelligence program to wage war on nonviolent and militant black organizations alike. In the words of FBI Director J. Edgar Hoover, it aimed “to expose, disrupt, misdirect, discredit, or otherwise neutralize the activities of black nationalist hate-type organizations and groupings, their leadership, spokesmen, membership, and supporters.” A dirty tricks campaign targeted nonviolent stalwarts like Dr. Martin Luther King Jr. In the wake of Dallas and Baton Rouge, lawmakers might act to apply the broad language in Section 802 of the Patriot Act that covers “domestic” terrorism to tamp down on peaceful protesters. That section finds a person engages in domestic terrorism if the act “appear[s] to be intended (i) to intimidate or coerce a civilian population; (ii) to influence the policy of a government by intimidation or coercion; or (iii) to affect the conduct of a government by mass destruction, assassination, or kidnapping.” Though (iii) is fairly straightforward, there is enough space, in (i) and (ii) to justify all types of incursions on civil liberties rooted in the name of battling terrorism.

What we know about the Dallas and Baton Rouge shooters does not in any substantive way represent black nationalism.

Ironically, they might do so with a flawed and largely ahistorical view of black nationalism. As practiced by organizations from Marcus Garvey’s Universal Negro Improvement Association in the 1920s to the Nation of Islam in the 1950s and 1960s, black nationalism engaged in institution building in the face of racial oppression and constructive efforts at identity formation and black community building. Rejecting integration as a goal, especially in the light of sustained campaigns of violence against blacks, black-nationalist organizations sought to build parallel institutions to meet the basic needs of people of color; education and economic development formed the cornerstones of these programs. Armed resistance, more aptly named armed self-defense, occurred to create a sense of security and belonging for people of color under oppressive circumstances—not retaliatory violence or unprovoked attacks against whites or police, as it is often erroneously portrayed.

What little we know about both the Dallas and Baton Rouge shooters does not in any substantive way represent black nationalism. Their lives do, however, underscore the failures of modern institutions that black-nationalist organizations once sought to address.

If reports about Dallas shooter Micah Johnson are credible, he was desperately in need of mental-health and other social services, largely inaccessible to veterans black and white, but most acutely absent in the black community. Studies document that African-American soldiers suffer from higher rates of post-traumatic stress disorder. According to friends and family, both men expressed a profound sense of disillusionment with the nation they enlisted to protect. Wells Newsome Sr., whose son served in Afghanistan with Johnson, expressed it best when he observed: “He fought for this country and is still considered a third-class citizen.” There is no need to use pseudo-political labels or to willfully conflate it with nonviolent protests. Micah Johnson and Gavin Long were disturbed individuals who acted on their own.

What unquestionably has been obscured in the wake of the violent assaults on police over the last couple of weeks is the well-documented epidemic of police involved shootings over the past several years. In the coming months African-Americans and Latinos might rightfully ask what “Make America Safe Again” will look like for communities of color in the midst of political rhetoric that glosses over the crux of the problem. Ironically, Dallas and Baton Rouge may render invisible what categorically should be viewed as a national crisis—one that extends beyond violent encounters with police to the deep changes necessary in American society to correct many of the structural problems identified by the Department of Justice in its report on Ferguson.

None of this means that we should ignore the loss of nine dedicated police officers. But in honor of their sacrifice and the continued carnage still being visited on black and brown bodies in the streets, which has inspired peaceful demonstrations for change, we should keep our collective gaze focused on ways to constructively elevate life, end the violence, and repair our democracy.