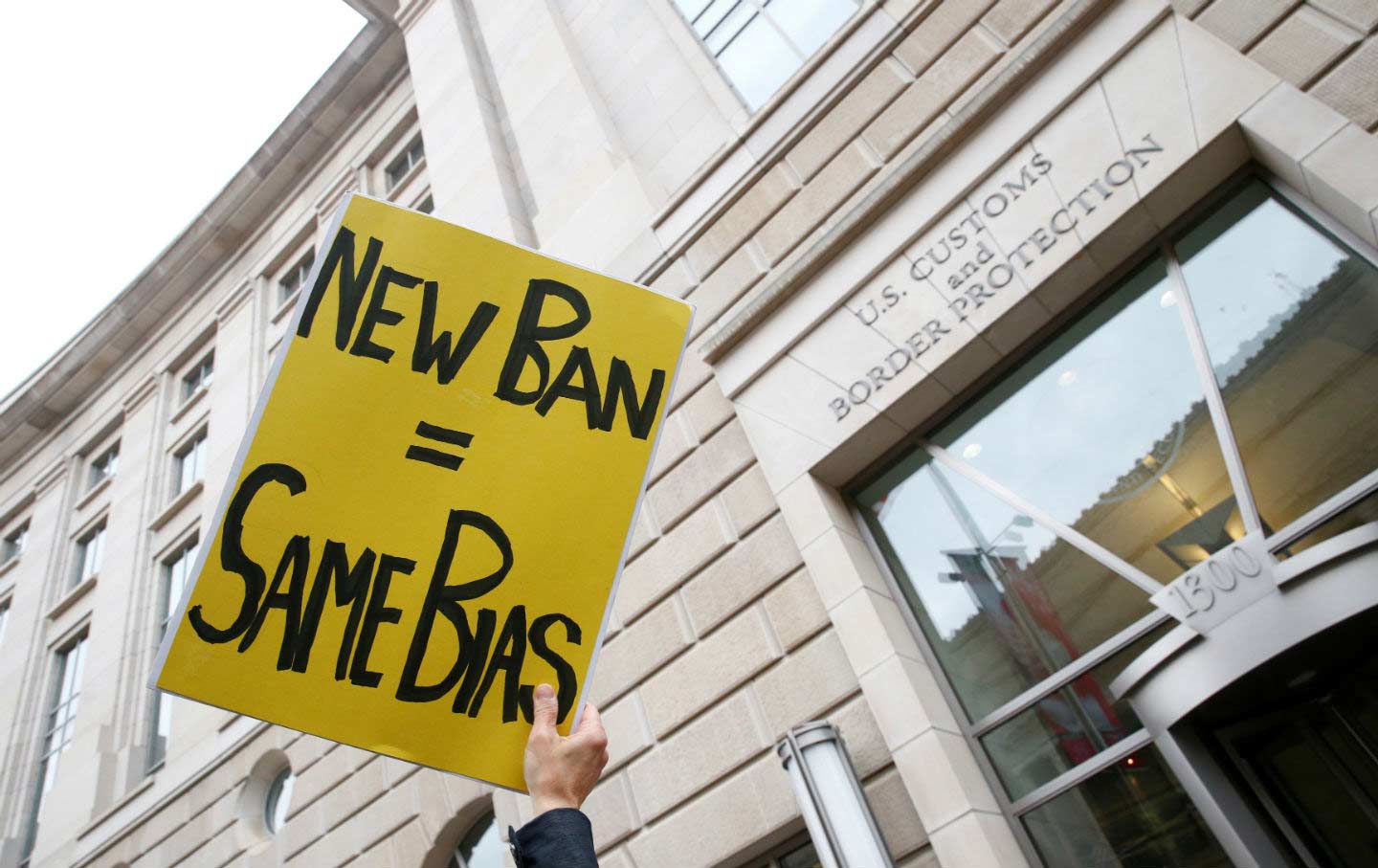 As I spoke to Loubna Mrie over the phone about her experience as a graduate student studying the Middle East, her sentiments felt familiar. Her experience echoed mine, finding kinship among a diverse cohort, each with different research interests bringing different perspectives. “You feel like an actual family… everyone is learning from everyone,” she told me. But a feeling of uncertainty is increasingly looming. “Last year I didn’t know I would be here,” she said. “Every year something changes.”1

Those who follow Syria closely may already know Loubna’s name. In the earlier years of the uprising in her native Syria, she was a photojournalist for Reuters, documenting the armed and unarmed resistance in liberated areas of the country. As a first year graduate student, she now hopes to further understand the modern history of Syria, perhaps write a book on the ongoing Syrian revolution and war. Meanwhile, she is a freelance writer on Syria and holds exhibitions of her photography.2

Loubna is one of many students from one of the six countries from which President Trump has tried to ban immigration to the US to pursue graduate studies in Middle Eastern studies. Her presence in the field is essential. There is a dearth of academic study on Syria these days, and it has been impossible for any scholar to do fieldwork since the start of the war over the past six years. However, she is in a precarious situation. She fled from Syria to Turkey, and later came to New York in 2014 to complete the Magnum, ICP, and Atlantic Media fellowships before she started graduate school. As an asylum seeker, she could be one of the first people to be targeted by President Trump’s ban on foreign nationals from Syria, Iran, Somalia, Yemen, Sudan, and Libya.3

Whether or not Trump’s Muslim ban comes to fruition, the rhetoric and discourse around the ban is having wide-spreading consequences. In a survey of 250 colleges and universities throughout the US, the American Association of Collegiate Registrars and Admissions Officers found a 40 percent decline in applications from international students. The steepest decline is in applicants from the Middle East. This is only the latest, and among the most damaging, set of restrictions in limiting scholar mobility.4

For a discipline that relies heavily on students traveling to the region, Middle East studies in the US is also at risk of losing essential funding. The current federal budget proposal would make supporting students interested in Middle East studies, American and non-American, even more difficult. The current proposal cuts Title VI funding for higher education and Fulbright-Hays funding, which supports Foreign Language Area Studies funding for less-commonly taught languages, Arabic, Turkish, Hebrew, and Farsi being among them.5

For several decades, “there’s been some anxiety around mobility issues” said Greta Scharnweber, the associate director of the Hagop Kevorkian Center for Near Eastern studies at NYU, who oversees the center’s operations and academic programming. Concerns surrounding whether Palestinian scholars and students can get security clearance to leave Israel or the occupied territories, or whether an Iranian scholar can secure a visa to participate in a conference have been a concern for decades. “Scholars from those regions have been… marginalized in the north American community.” Most recently, the uprisings across the region in 2011 have made several countries unsafe to impossible for travel. “This travel ban is the latest thing in the long line of events that are having devastating effects on our ability to do this work,” said Scharnweber.6

For the Kevorkian Center, fears surrounding mobility of students and scholars are already materializing. Saghar Bozorgi, an Iranian MA student at the Kevorkian Center, had made plans for spring break to return home to Iran and attend her brother’s wedding. She bought tickets on the day Trump signed off on the first Muslim ban in late January. After initially canceling her ticket, she rebooked and went to Iran for spring break, and came back with no trouble, though not without immense worry. “The fear of more arbitrary things going on is always around,” and has become worse under the threat of the ban, she said, even though there have always been difficulties for Iranian international students. Many are often left to choose between missing opportunities to visit family or not risking a disruption in their degree programs.7

Iranians are by far the most affected group by the ban. Of the US visas issued to citizens of one of the six countries, 48 percent of those go to Iranian nationals. Iran is also the only country which is stable and safe to conduct fieldwork.8

Studying the Middle East in the US does not only provide a chance for asylum seekers to move forward with their studies, but the relative freedom within academia in the United States has made America one of the few nations in which students from the Middle East can pursue their research interests freely without pressure from the state. In many countries in the region, especially Syria, university curriculum is filtered to sanitize the image of the ruling class, and remove literature critical of the state. “Going to school in a police state was not a good experience,” Loubna, who completed her undergraduate degree in Syria, recalled.9

The rhetoric around the ban however is causing great alarm among international students in the US. An Iranian-American PhD student at the CUNY Graduate Center told The Nation that even with the benefits of dual citizenship, she is concerned about what might become of the ban, and whether she might be stopped at the airport. “It is definitely something that I constantly think about.” She plans to go to Iran this summer for archival research and further stated, “I am not really certain what new racist and Islamophobic policies might crop up between now and when I return.” Laleh Khalili, a professor of political science at the School of Oriental and African Studies, University of London told The Nation, “Already there are movements afoot, not only in Middle East Studies Association, but also in International Studies Association to think about alternative venues for annual conferences outside the US.”10

The current federal budget proposal twists the knife even further. The current proposal cuts essential funding for student scholarships, public events and lectures, and other programs that impart knowledge being developed in academia to K-12 teachers, journalists, and other practitioners. At the Kevorkian center at NYU, it means 10 fully-funded FLAS tuition scholarships each year for students in the MA program will be cut. For Loubna, she would not have been able to begin her graduate studies without a scholarship from the Kevorkian Center.11

The Middle East Studies Association (MESA) last month co-signed with the ACLU as a plaintiff on a lawsuit that challenges the second, revised Muslim ban. Beth Baron, the current president of MESA and historian of the Middle East at the CUNY Graduate Center, in her official statement addressed how the ban would have consequences “The order directly harms our student and faculty members by preventing travel, disrupting research, and impeding careers.” She further told The Nation, “not having those open channels of communication undermines our national security.” MESA is currently “brainstorming how to use technology to include those who cannot enter the country or do not want to come given the rhetoric” of the ban in their upcoming conferences. The ACLU, representing MESA and other plaintiffs, are expected to go to court on May 8 to fight the ban. 12

Regardless of whether the ban winds up being instituted, it is only the latest in the line of restrictions that have encumbered scholar and student mobility over the past decade.13

The effects of the rhetoric around the ban, and the budget if it comes to pass “is going to make a huge generation gap in our knowledge and in our connection with the region,” said Scharnweber. If funding for the discipline continues to suffer and fear-mongering of those coming from the Middle East continues, “we’re going to see a bunch of Americans studying the Middle East from books and articles.”14