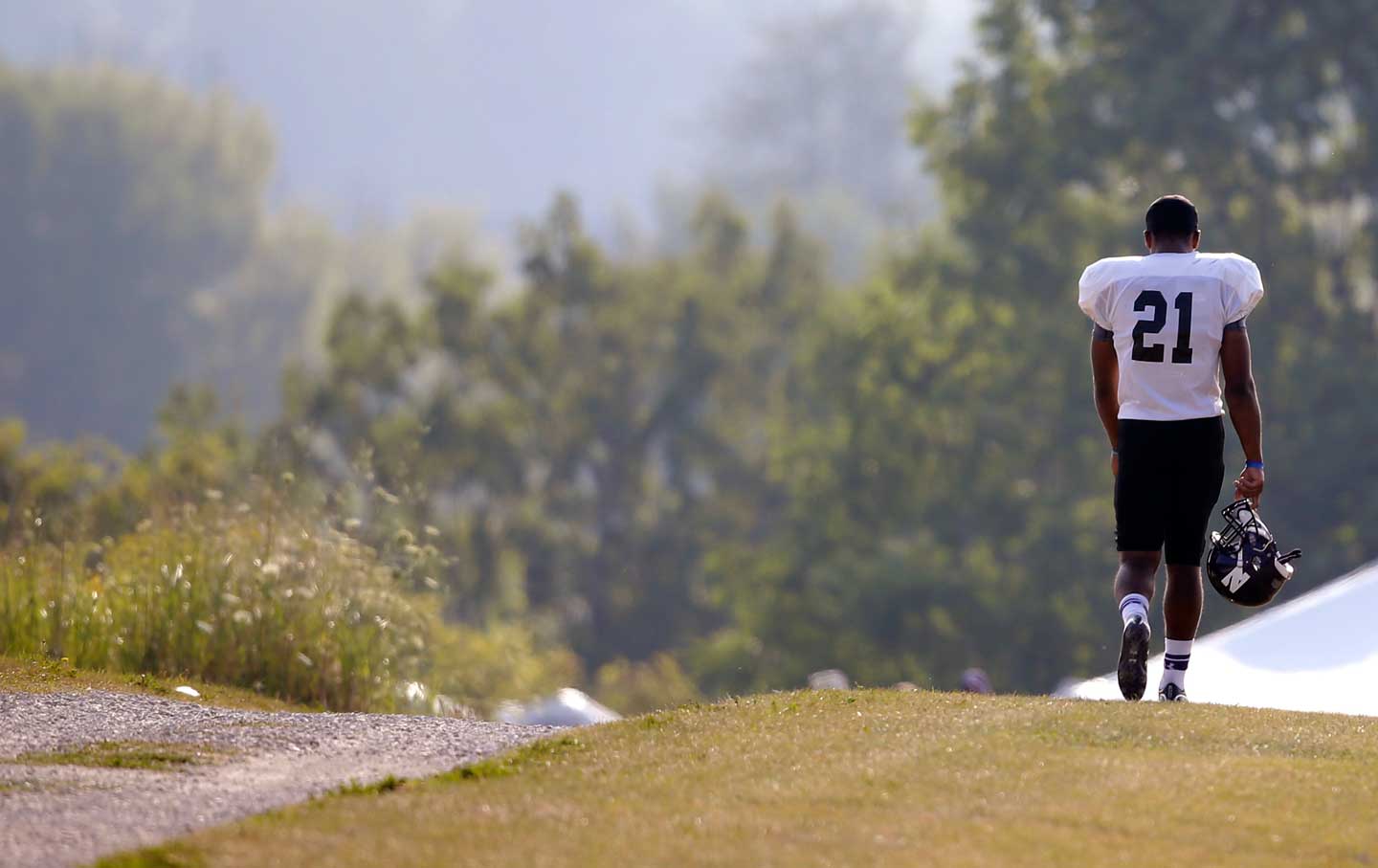 The decision by the National Labor Relations Board to overturn a previous decision from March 2014 and deny Northwestern football players the right to unionize was as cockamamie as it was craven.

It was cockamamie because the NLRB’s reasoning was that its decision “is primarily premised on a finding that because of the nature of sports leagues…[granting the Northwestern football team union rights] would not promote stability in labor relations to assert jurisdiction in this case,” What the hell does that mean? I will try to explain: The NLRB states that since it only has jurisdiction over the 17 private schools among the 125 Division I football schools, most of which are public institutions, it would be irresponsible to convey a different status onto Northwestern. (State labor boards, not the NLRB, oversee the public universities.) The argument is that since it would be imposing a different set of rules for the 17 private institutions, this would send the entire system out of whack, injecting “instability” into a climate that is currently stable.

This is absolute hogwash. Northwestern is its own entity where football players generate huge amounts of revenue and have their own grievances with coaches and administrators (what some might refer to as “management”). As people who generate income, and, as was ruled earlier by the NLRB, are “paid” with a scholarship, room, and board, they should have every right to organize themselves to achieve whatever else they feel they are denied, like decent medical care or better concussion protocols. As for players at state universities, they have the freedom to do exactly what the Northwestern players did and organize themselves in an effort to then approach their own state boards and ask for union recognition. That is how national campaigns work. Different states have different laws, different union freedoms, and unions still make efforts to organize across state lines. The fact that different labor boards would need to be approached is more an argument against the cringe-inducing bureaucracy that engulfs labor law in this country than the efforts by Northwestern players to be recognized as the labor they so clearly are.

The additional argument from the NLRB that granting Northwestern union status would produce “imbalance” is also absurd. The NCAA is not a collectivized farm where every school has its own equal plot of land, the only differences being the colors of the uniforms. Universities market themselves to players by selling what makes them individual. Alabama—to use just one of what would be 125 examples—sells the fact that it is always in the hunt for the national championship, that coach Nick Saban has a ton of connections to the National Football League, and that the equipment in its training rooms is so high-tech, it appears to have arrived from the NFL of the future. In fact, one of the reasons Alabama, a public university in the third-poorest state in the country, can afford such excess is that the value produced by the players’ labor does not go into the players’ pockets but instead—once coaches, trainers, off-duty cops acting as security guards, and campus “tutors” are paid—are poured back into updating the dead capital—the physical machinery—of the program so it looks attractive to current recruits.

In addition, the idea that the NLRB could call the current system “stable,” with its myriad scandals, its gutter economy of payoffs and fake classes, its absence of healthcare for players, its paltry oversight of head injuries, and, standing astride it all, a leadership body in the NCAA that operates as a cartel, would be laughable if it wasn’t so insulting to our intelligence. College football is stable the way that Pinochet’s Chile was stable: As long as everyone keeps their mouth shut, the system works just fine.

But the decision by the NLRB was not just absurd. It was also cowardly. In handing down its verdict, it refused to rule on whether the football players at Northwestern could be called “workers.” This in and of itself has huge repercussions, because even if the players could not in fact be in a union, there are legal rights and constitutional protections that go along with being classified as a “worker” as opposed to a “student-athlete,” which is a legal term conjured by the NCAA decades ago to avoid paying workers compensation to the widow of a football player who died on the field.

It was also cowardly because, through this decision, we will now never know what the actual vote was on the Northwestern team. This would have been a vital piece of information for players across the country. Their coach, Pat Fitzgerald, who is the school’s highest-paid employee, making $2.2 million a year, campaigned vigorously—and, as I wrote last year, in possible breach of labor law—to kill this union campaign among his players. Many an observer on both sides of the line would have loved to know whether he failed. Meanwhile the Northwestern brass is crowing. Vice President for University Relations Alan K. Cubbage said in an e-mailed statement, “Northwestern’s position remains that participation in athletics is part of the overall educational experience for our student-athletes, not a separate activity.” Only to an administrator—those paid to think this way—would a full-time endeavor that demands cross-country travel and generates billions of dollars nationally be seen as “not a separate activity.”

Some, like ESPN’s Jay Bilas—a union supporter—are calling the NLRB decision only a “short-term victory” for the establishment, because the NLRB basically just “punted” the issue to federal court, but it is actually far more damaging than that. It makes prospects in any kind of court, assuming this group of players (now largely graduated), keep fighting, daunting. Losing the NCAA’s appeal means that other football players have no other recourse unless a new group of students down the line tries again to organize their teammates and actually withhold their labor and refuse to take the field. Only that will make the Alan K. Cubbages of this world see the importance of actually sitting down with the players and engaging them as human beings as opposed to chattel. That may sound somewhat pie-in-the-sky, but it is also inevitable. As long as the NCAA makes billions for themselves and cable networks, millions for coaches and broadcasters, and thousands of dollars for all manner of people attaching themselves to this beached whale of a system, players will grouse, they will grumble, and eventually, they will organize. The NCAA and their lawyers—who by the way did not work this case on an amateur basis—will say that their system now sits on a firm legal foundation. Perhaps. But morally, they still do not have a leg to stand on.