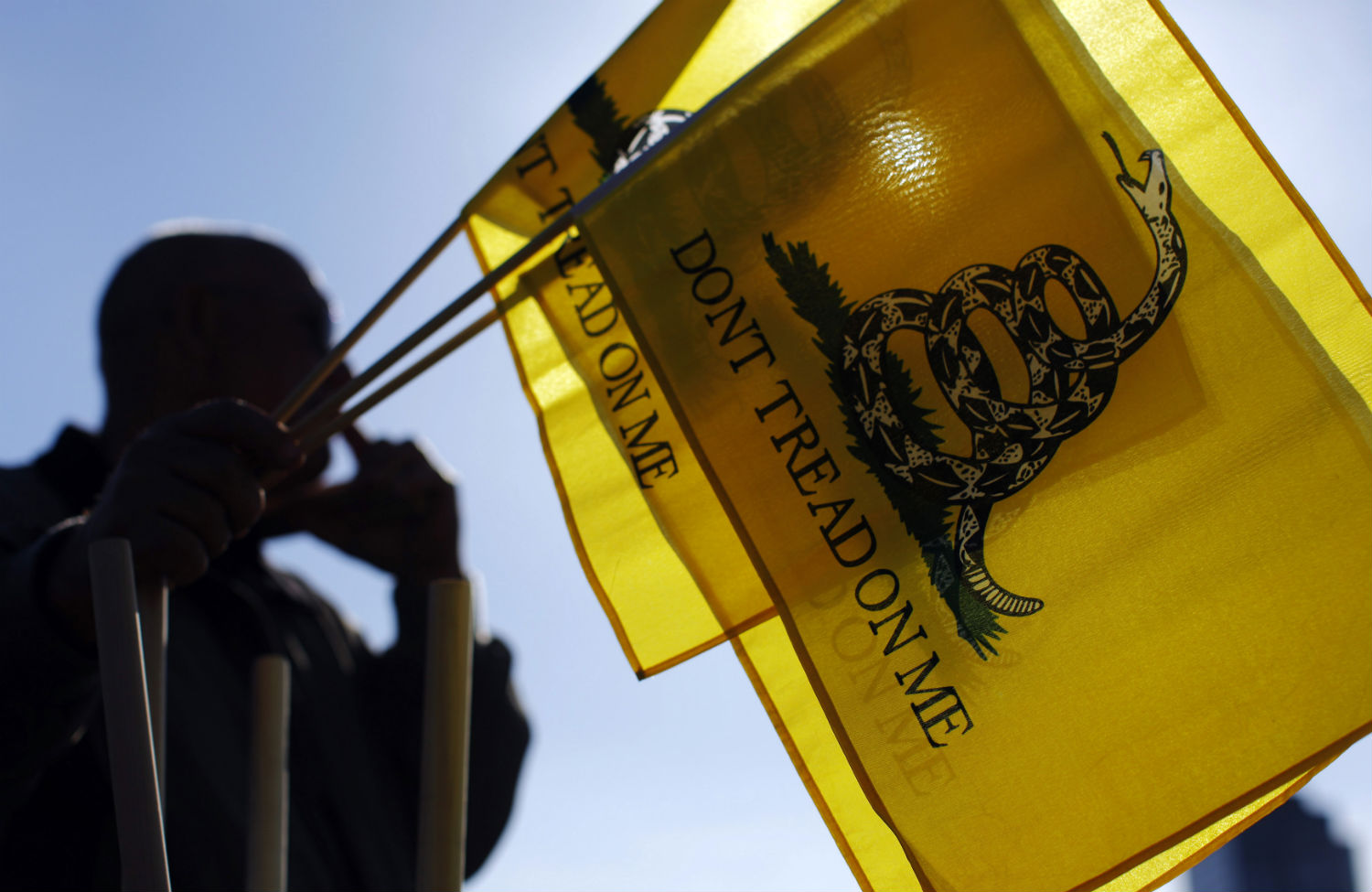 It’s always a good idea to bring fruitcakes to a tea party. At least, that’s the way it seemed this weekend in New Hampshire, when the fruitcakes on the far right of the Republican party assembled to perform in front of an audience of 700 gathered together by the Americans for Prosperity Foundation and Citizens United, at the first annual Tea Party “Freedom Summit.” Present were Rand Paul, Ted Cruz, Mike Huckabee, Donald Trump, Utah’s Mike Lee and other wild-and-crazy would-be candidates and spokespeople for the far right of the Republican party.

Here’s the context for that meeting. Tea Party and its allies are so far zero-for-everything in running candidates in 2014 Republican primaries in House and Senate races around the country. What seemed like an unstoppable wave of rightist frenzy in 2010, when the Tea Partyers managed to elect a lot of folks to Congress, has virtually collapsed. By helping odd, fringe candidates win nominations, especially for the Senate in 2010 and since, the Tea Party has guaranteed that Democrats were able to hold onto the Senate majority, and in 2014 the Republican establishment is determined not to let that happen again, since this year the GOP has a real shot at retaking the Senate. So the Tea Party finds itself pitted against that establishment in primaries across the country, and it’s losing big. In 2016, the GOP mainstream, including the US Chamber of Commerce, the Business Roundtable, The Wall Street Journal and others, aren’t going to let the Tea Party hijack its presidential candidate either.

So the Tea Party’s Freedom Summit in New Hampshire is nothing more than an exercise in irrelevancy. None of the candidates who appeared there have a prayer of being elected president, especially when matched against Hillary Clinton’s Wall Street–funded, foreign policy hawk–dominated, Establishment-backed juggernaut. And the GOP, Sheldon Adelson included, has figured that out.

According to The Washington Post, the big stars at the Freedom Summit were Ted Cruz, Mr. Government Shutdown, and Rand Paul, the kooky libertarian-isolationist who dearly wants to eliminate America’s entire social safety net, including Medicare and Social Security. But Trump weighed in, too, and he made news when he ridiculed former Florida Governor Jeb Bush for his support for immigration reform. The crowd booed and hissed when Trump said that Bush had said last week that immigrants often come to the United States as “an act of love.”

And here was Paul’s message, accusing the GOP establishment of being weak-willed:

Likewise, Cruz seemed to tailor his message not against Democrats but against his fellow GOP colleagues:

You want to know why people are frustrated out of their mind in Washington? The biggest divide we have is not between Democrats and Republicans. It’s between entrenched politicians in both parties, and the American people.

If that’s their message, Paul and Cruz will guarantee that they remain angry young men shouting into the Republican winds. Though both have the ability to raise substantial funds through direct-mail appeals and the like, neither one can assemble the vast sums from billionaires and millionaires who’ll pour dollars into the coffers of whatever establishment candidate emerges in the campaign. Indeed, the Tea Partyers only hope is that the mainstream candidates falter—specifically, that New Jersey Governor Chris Christie is too badly wounded by scandal to run, that Wisconsin Governor Scott Walker fails to get re-elected in 2014 or otherwise drops out, that Jeb Bush stays put in Florida and that other, relatively mainstream candidates such as Paul Ryan and John Kasich don’t get traction. But the likelihood of every one of these potential candidates failing is vanishingly small.

Interestingly, though Christie is still hampered by an expanding series of investigations by US attorney’s in New Jersey and New York, he’s now got two aides placed in New Hampshire. Christie Watch already reported, back in February, about the fact that Matt Mowers, a former Christie political aide who’s himself caught up in Bridgegate, is in place as executive director of the New Hampshire Republican party. Now CBS reports that another Christie aide, Colin Reed, the deputy spokesman for Christie, has taken a job as Scott Brown’s campaign manger in a senatorial race against Democratic Senator Jeanne Shaheen.

Fact is, the GOP standard-bearer in 2016 is far more likely to be chosen among Christie, Bush, Walker and the others willing to kowtow to the Republican party’s big-money people and its establishment backers. But they’ll need the votes of the Tea Party masses, so events such as the Freedom Summit will serve only to rally the GOP’s base for another version of Bob Dole, John McCain or Mitt Romney.