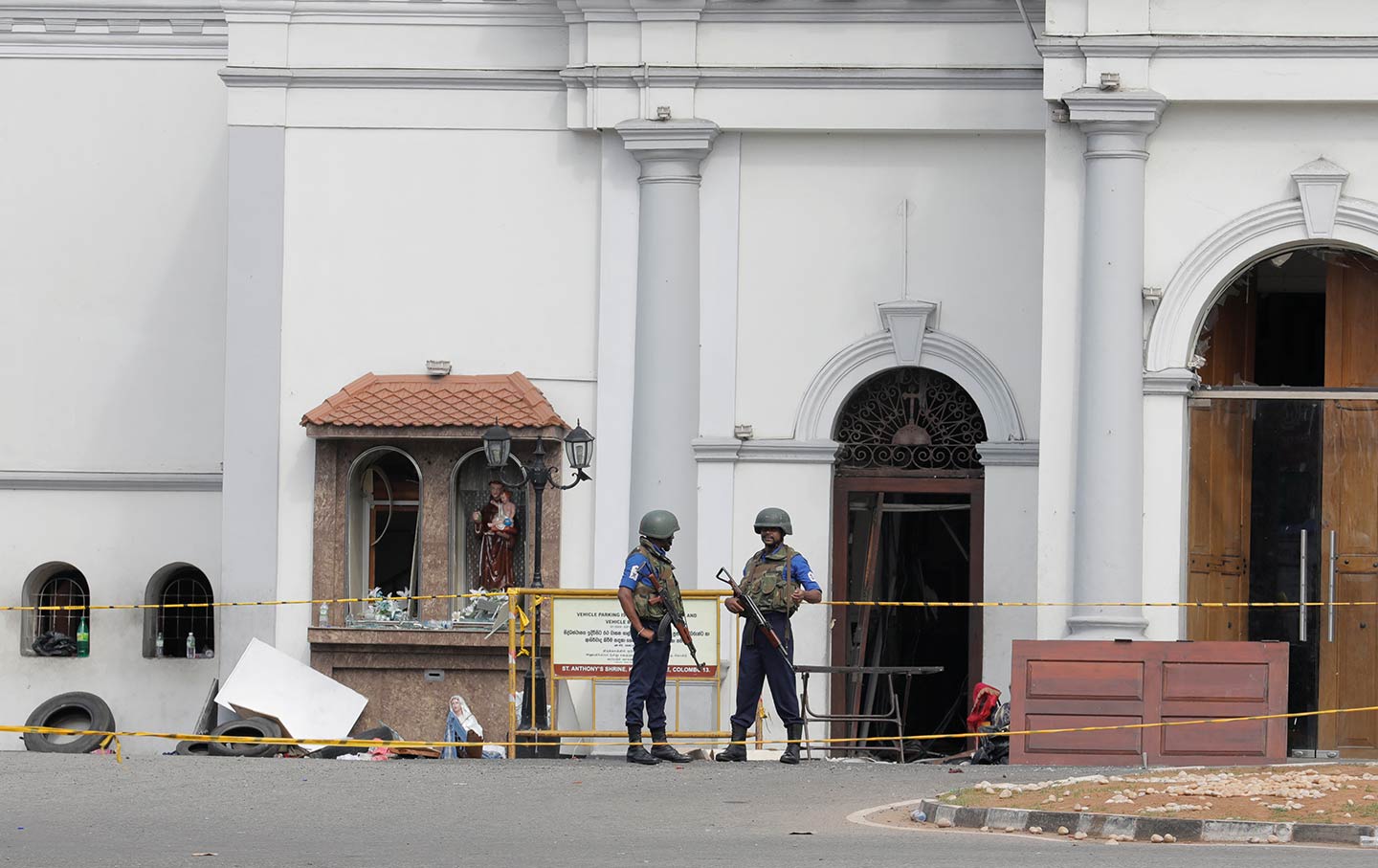 On Easter Sunday, eight bombs exploded in churches and hotels in three Sri Lankan cities, killing more than 300 people and wounding hundreds more. Sri Lankans have lived through a brutal 30-year civil war and two violent insurrections, but the last 10 years have been ones of shaky peace. Now the bombings have revived painful memories and stoked new fears. The government has blamed a tiny militant Islamist organization, the National Thowheeth Jama’ath, and the Islamic State has claimed joint responsibility. To many, the coordinated nature of these attacks and the atypical targets are unnerving signs that the country is headed toward a new phase of violence.

The three largest ethnic groups in Sri Lanka are the Sinhalese majority, a Tamil minority (about 13 percent of the population), and a Muslim minority (almost 10 percent). (Though Tamils largely practice Hinduism, and Muslims for the most part speak Tamil, those aren’t particularly salient aspects of either identity.) The Sinhalese majority is overwhelmingly Buddhist, a fact which has gained increasing importance as Sinhalese nationalists argue for the protection of Sri Lanka as a Buddhist sanctum amid Hindu- and Muslim-majority neighbors. Christianity, which is practiced by around 6 percent of the population, is a religious community, not an ethnic one. The bombings targeted churches in Tamil, Sinhalese, and mixed areas.

Though the Muslim community has been a frequent target of both Tamil separatists and Sinhalese forces, there is little history of Islamist violence. In a few isolated cases, retribution from Muslims has been directed only at those who attacked first. There has never been violence between Muslims and Christians as such. Christians have been the objects of targeted violence in the past—including in 1995, when the Sinhalese government killed over 120 people in a Tamil church. Though anti-Christian violence during the civil war was typically incidental to congregations’ identities as Tamil or Sinhalese, there has been a recent rise in smaller-scale attacks against churches since the war ended, including one just last week.

The bombings occur during an election year; before the end of 2019, on a date yet to be announced, Sri Lankans will vote for president. The incumbent, Maithripala Sirisena, is eligible to run for a second term, but after inciting a constitutional crisis late last year, his chances have dwindled. In October, Sirisena attempted to unilaterally replace the prime minister with a member of his own party: the former president Mahinda Rajapaksa, the man whom Sirisena himself had defeated in the previous election. This decision, which violated the procedure outlined in the Constitution, was met with protests and suspicion that the appointment was tied to the corruption cases pending against members of Rajapaksa’s previous administration. The Supreme Court invalidated the appointment and forced Rajapaksa to resign. While Parliament returned to order, the public’s trust in Sirisena’s promise of “good governance” was shaken. 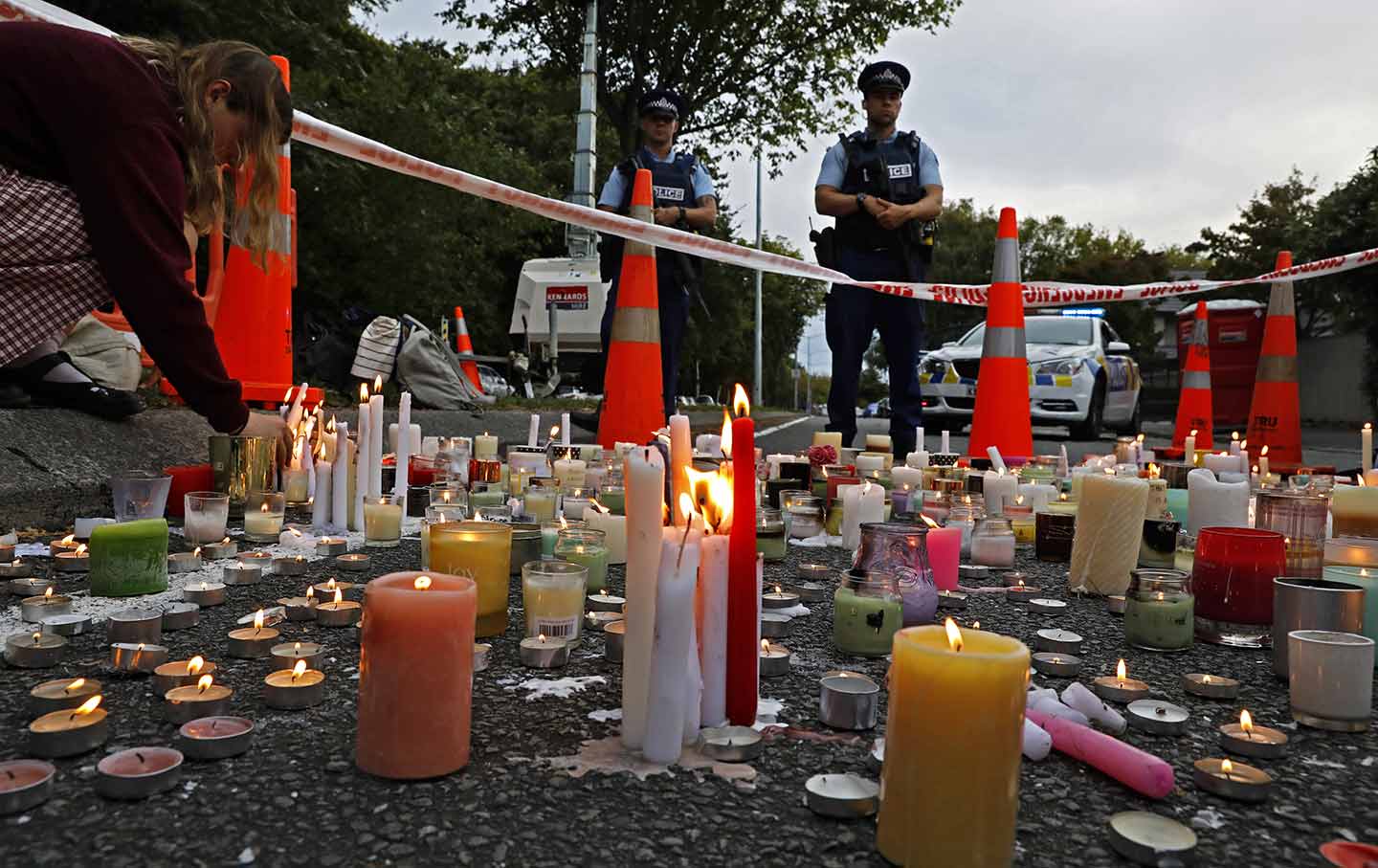 The New Zealand Massacre Was Mass Murder as a Marketing Strategy

It’s not the only one of Sirisena’s promises left unfulfilled. After the war, many Sri Lankans hoped for concessions to address some of the root causes of the conflict. The government could have once again recognized Tamil as an official language or devolved powers from the Sinhalese-controlled federal government to the provinces, where minorities could make legislative decisions for themselves. There has been none of the accountability Sirisena pledged for government abuses during the war or for stoking intercommunal tensions after it.

It is widely assumed that Rajapaksa is trying to stage a political comeback. He remains popular among a vocal segment of Sinhalese voters for his hard-line ethnonationalism and for winning the decades-long civil war against Tamil separatists. The military’s scorched-earth policy killed tens of thousands of Tamil civilians in the last few months of the war alone, but Rajapaksa and his generals have so far managed to dodge convictions for war crimes or human-rights abuses. Even after the war ended, Rajapaksa maintained a high approval rating among Sinhalese voters by (among other things) maintaining a large army and sustaining the specter of an ever-present security threat to the Sinhalese Buddhist state.

Since the Tamil insurgents were defeated, Sri Lanka’s Muslim community has often found itself filling that role of an imagined threat. Buddhist extremist organizations have spread rumors on social media and elsewhere that Muslim businesses were secretly sterilizing Sinhalese women through medicated food and underwear. These stories, as outlandish as they are, have resulted in the arson of Muslim businesses, attacks on mosques, and the persistent harassment of Muslim Sri Lankans. There is a commonly held, if so far unverified, assumption that Saudi money is being sent to madrassas and mosque-rebuilding efforts in order to promote Wahhabism. Though Islamic practice in Sri Lanka may have grown somewhat more conservative in recent years, there is neither evidence nor precedent for the purported violent radicalization of the Sri Lankan Muslim community.

The government has already arrested dozens of suspects and pinned the blame on the tiny local group National Thowheeth Jama’ath. The fact that the group is virtually unknown has been explained away by alleged ties to the Islamic State. Questions about the government’s mismanagement of the response have already arisen, as the police chief apparently issued multiple warnings about a serious security threat that went unheeded and unreported to several higher-ups, including the prime minister. The government is now filling this perceived gap in their security with expanded powers, including declaring a state of emergency, issuing a dawn-to-dusk curfew, and shutting down social-media platforms with no proposed end to the block.

This May would have marked 10 years of a fraught peace in Sri Lanka. Whoever is behind these bombings, it’s clear that they intended the explosions to lead to further violence, and in fact they already have: A mosque and two Muslim-owned shops had already been attacked. These anti-Christian bombings are unprecedented in Sri Lanka, but that does not mean that the government should be trusted to expand its scope accordingly. The people who stand to lose the most from a renewed security state are the same people affected by the bombings: Sri Lanka’s religious minorities. With the potential return of the Rajapaksas—and their violent Sinhalese Buddhist nationalism—the future of peace in Sri Lanka will depend on a careful and measured response to these attacks.