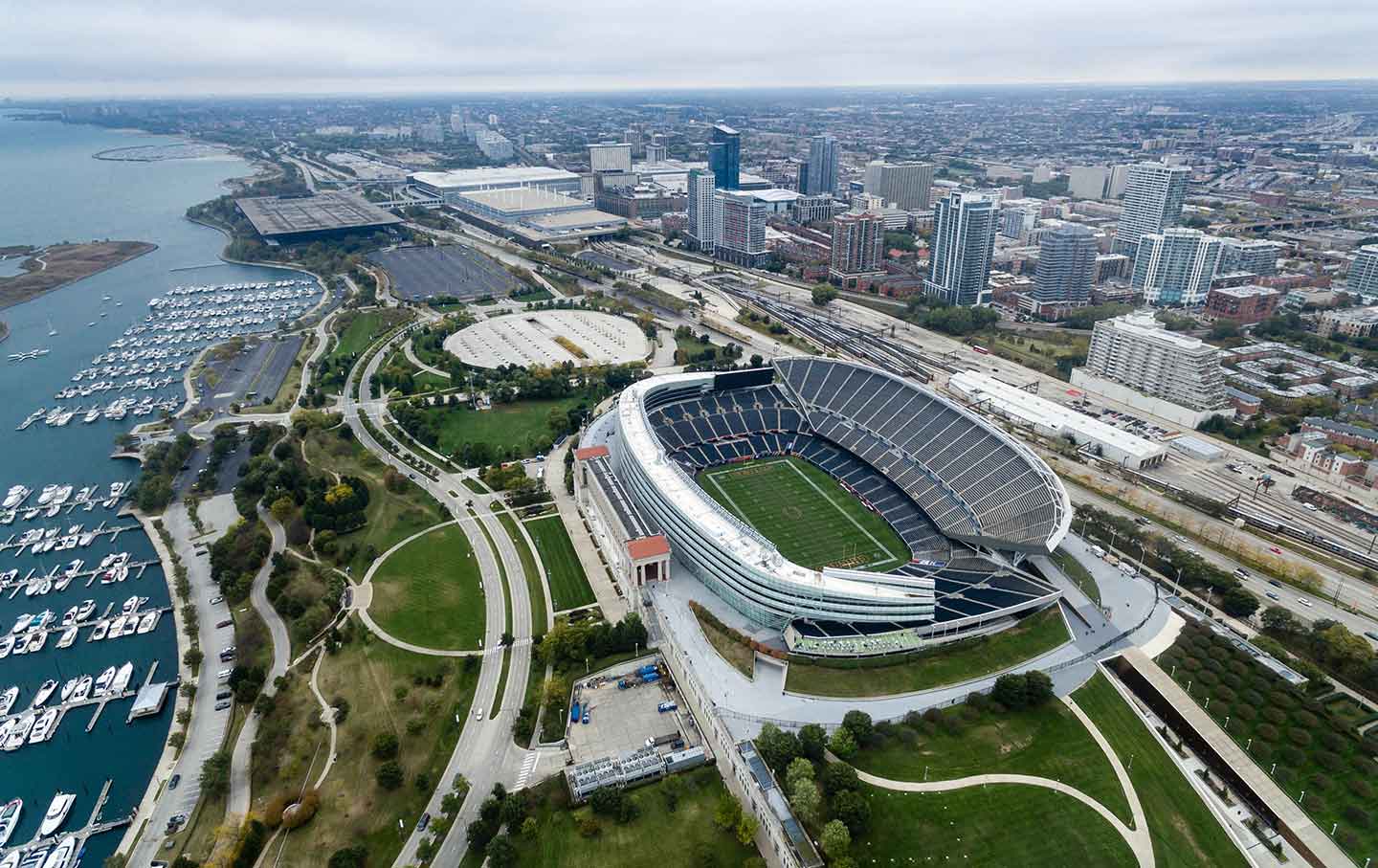 The terrific podcast Citations Needed, hosted by Nima Shirazi and Adam Johnson, call it “lotteryism”—the grotesque process where local and state governments bid for Fortune 500 companies by offering billions of dollars in tax breaks in the hopes that they will relocate to their cities. The most high-profile example of this right now is, of course, Amazon. Politicians across the country are offering absurd packages to attract the new “Amazon HQ2” headquarters. These enticements will gut services for those who depend on public schools, hospitals, public transportation, and basic infrastructure. This is not to say that Amazon won’t bring jobs to these cities. It is making promises of thousands of permanent hires. But the pound of flesh being offered for these jobs is frightening.

Chicago has said Amazon could keep employees’ income tax, a total estimated at $1.32 billion, according to the Seattle publication The Stranger. New Jersey has offered a staggering $7 billion dollars in tax breaks. Boston has offered to have city employees be privatized workers when doing work under the auspices of Jeff Bezos’s empire: his own army of the underclass. Southern California is offering $100 million in free land. Fresno is offering to “place 85 percent of every tax dollar generated by Amazon into a so-called ‘Amazon Community Fund.’” This would give Amazon control over where our taxes flow, which undoubtedly would be in the direction of its own well-compensated employees—think parks, bike lanes, condo development—creating a new model of gentrification, directly subsidized by the traffic tickets and meters and regressive taxation of the poor.

Fresno’s economic development director Larry Westerlund told the Los Angeles Times, “Rather than the money disappearing into a civic black hole, Amazon would have a say on where it will go. Not for the fire department on the fringe of town, but to enhance their own investment in Fresno.” Sure would suck to have your home on fire if you live on the “fringe of town.”

This is little more than corporate theft, in collusion with often Democratic Party–led governments. And publicly funded sports stadium scams and Olympic bidding wars laid the groundwork for it. They have normalized the idea that our tax dollars exist to fund the projects of the wealthy, with benefits trickling down in ways that only produce more thirst.

Chris Heller wrote a terrifically detailed report for the Pacific Standard about stadium funding in which he estimated, “Over the past 15 years, more than $12 billion in public money has been spent on privately owned stadiums. Between 1991 and 2010, 101 new stadiums were opened across the country; nearly all those projects were funded by taxpayers.”

As Neil DeMause, author of Field of Schemes said to me, “More recent corporate leaders have no doubt looked to the billions of dollars lavished on sports teams and decided to up their ante.”

You can see this in the cities that have offered the most gobsmacking giveaways to Amazon. Chicago is still paying off renovations to the White Sox Cellular Field, more than 25 years after it opened, as well as the Chicago Bears’ home of Soldier Field. According to the Chicago Tribune, “Nearly $430 million in debt related to renovations at the ballpark and a major overhaul of Soldier Field, including $36 million in payments owed this year.”

Then there is Southern California, where San Diego voters rejected pouring over a billion dollars into a new NFL stadium for the Chargers. Los Angeles then took the team and is paying $60 million to pay for roads and “infrastructure” for a new facility that was supposed to be privately funded. Los Angeles has also pledged $5.3 billion to host the 2028 Olympics, a number, to judge by past Olympics, that will balloon. It is doing so despite having the highest number of chronically homeless people in the United States and, according to the US Census, more people living in poverty than any other major US city. It is also telling that Sacramento, the state capital, is where $272 million is being paid in taxes for the NBA Sacramento Kings’ new facility. If the Kings leave before the 35-year lease is up, that debt will still need to be paid, just as the people of Oakland will be paying for the Raiders’ stadium for years after the team moves to Las Vegas.

Then there is Boston, which tried to ram through its own multibillion-dollar bid for the Olympic games. Even though its bid was beaten back by activists, the heavy-handed efforts by politicians to sell this to the public has normalized the playing field upon which cities compete against one another. They don’t compete to see who has the lowest poverty rate or the fewest people behind bars. They compete for businesses and the affection of 21st-century plutocrats, who promise prosperity yet deliver it only for themselves, newly arriving executives, and whatever politicians might be greased in the process. Our love of sports laid the groundwork for the madness of “lotteryism.” We’re the frog in the slowly boiling water. And they are not content merely to cook us. We’re also their dinner.