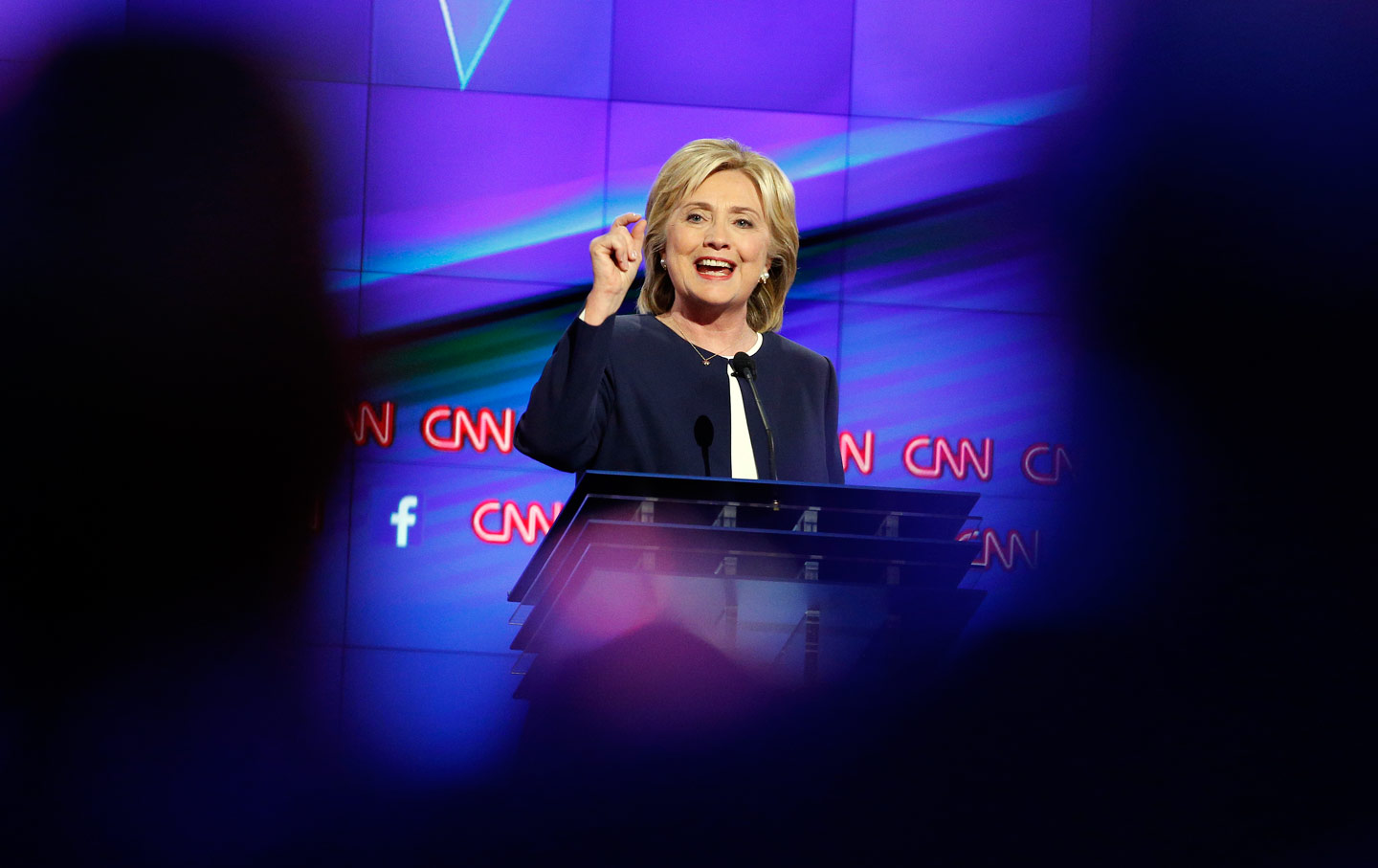 I hope that Bernie fans, among whom I count myself, keep an open mind: Maybe Hillary did win the Democratic debateTuesday night. Maybe the mainstream media’s declarations of her victory weren’t just Beltway insider spin to promote one of their own and snuff the socialist out of the picture.

With the caveat that the Trump-dumb, zero-sum notion of “winning” doesn’t so easily apply to smart debates like the Democrats’, we now have a couple of reliable polls that have Hillary, yes, crushing Sanders.

An NBC News/SurveyMonkey online poll of 4,898 Democrats conducted earlier this week and released this morning asked who “did the best job in the debate?” It was Clinton 56 percent, Sanders 33 percent.

In a Gravis Marketing poll (which Daily Kos wrote “is obviously more reliable than the online ones we’ve seen, most of which do not even require user validation by SMS or email”) of 760 registered Democratic voters, Clinton did even better: 62 percent thought she won the debate to Sander’s 30 percent.

And, just in: A Suffolk University/Boston Globe poll released today found that, post-debate, Clinton leads Sanders slightly, 37 to 35, in the New Hampshire primary, after a summer of Sanders leading her in the state. Moreover, of those who watched the debate, 54 percent said she won the debate to Sanders’s 24.

Until other post-debate polls clock in next week, we won’t know if these three are just outliers. But they directly contradict the avalanche of evidence—from online polls, social media, and focus groups–that emerged immediately after the debate showing that people thought Bernie won the night, hands down. As Alternet’s Adam Johson wrote on Wednesday:

Sanders won the CNN focus group, the Fusion focus group, and the Fox News focus group; in the latter, he even converted several Hillary supporters. He won the Slate online poll, CNN/Time online poll, 9News Colorado, The Street online poll, Fox5 poll, the conservative Drudge online poll and the liberal Daily Kos online poll. There wasn’t, to this writer’s knowledge, a poll he didn’t win by at least an 18-point margin. But you wouldn’t know this from reading the establishment press. The New York Times, the New Yorker, CNN, Politico, Slate, New York Magazine, and Vox all unanimously say Hillary Clinton cleaned house.

Acknowledging that most of these online polls and focus groups aren’t scientific, Johnson adds that nevertheless the Bernie-won newish media and the Hillary-won establishment press each had their victor winning “by a lot.” “This gap speaks to a larger gap we’ve seen since the beginning of the Sanders campaign,” Johnson writes. “The mainstream media writes off Bernie and is constantly shocked when his polls numbers go up. What explains this phenomenon?”

He cites one explanation from Fredrik DeBoer, who more or less states what many progressives suspect:

the Democrats are a centrist party that is interested in maintaining the stranglehold of the DNC establishment on their presidential politics, and these publications toe that line.

And second, because Clinton has long been assumed to be the heavy favorite to win the presidency, these publications are in a heated battle to produce the most sympathetic coverage, in order to gain access.

No doubt there’s a lot of truth to that. But some of the publications (e.g., the Times) also helped create Clinton’s e-mail “scandal” and have writers (e.g., Maureen Dowd) who have been performing vivisection on Clinton for years.

It should also be pointed out that some centrist and conservative outlets were adamant that Bernie won. The website IJReview, run and owned by two Republicans, ran a piece headlined: “Ignore the Media Pundits: Bernie Sanders Won the First Democratic Debate.”

Hardball’s Chris Matthews, who often zig-zags across the mainstream, declared earlier this week: “I don’t care who gets declared the winner. I think [Sanders] won because he built up his troops, and he’s going to have a lot more numbers coming up in the next week or two in the polling…. He won because he’s blowing the trumpet. Hillary’s responding to it.”

The idea that Bernie won the debate makes utter sense: He connected like no one else up there (as Mark Hertsgaard writes, his secret weapon is the ability to speak plainly and forcefully), and he sure had the debate’s biggest moment: “The American people are sick and tired of hearing about your damn e-mails,” he told Clinton, to loud applause and her beaming smile.

But, as others have pointed out, much of what looks like a Bernie debate win comes from his followers’ passion, which drove them harder and faster to respond to online polls and social media. Likewise, the novelty—millions of people were seeing Bernie in action for the first time, which drove them to search Google in numbers far outstripping the well-known Clinton.

And looking closer at the NBC News poll, Clinton’s “win” didn’t mean a Sander’s “loss”—at all. Indeed, his overall numbers are improving. Her assured performance and the sudden deflating of the e-mail issue (thanks also to Kevin McCarthy’s admitting that the idea behind the Benghazi committee was to drive Clinton’s numbers down) helped her shore up support that had been drifting away, some of it to a possible Biden candidacy. According to the poll:

A number of important voting groups—men, whites, blacks, college graduates, and those over 65 are back in Clinton’s camp. However, Bernie Sanders has picked up considerable steam among young voters, capturing the support of 54% of those under the age of 30 compared to Clinton’s 26%. Among Hispanics, Sanders has more than doubled his level of support, to 33%. He also continues to gain traction among those with a high school degree or less, although Clinton is still outperforming him by 18 points. Fortunately for Clinton, these groups do not tend to turn out in primary elections as strongly as the groups from where she draws her strength.

It’s also important to note that Sanders has not necessarily lost backing since last month–Clinton’s pick-ups come mainly at the expense of decreased support for Joe Biden.