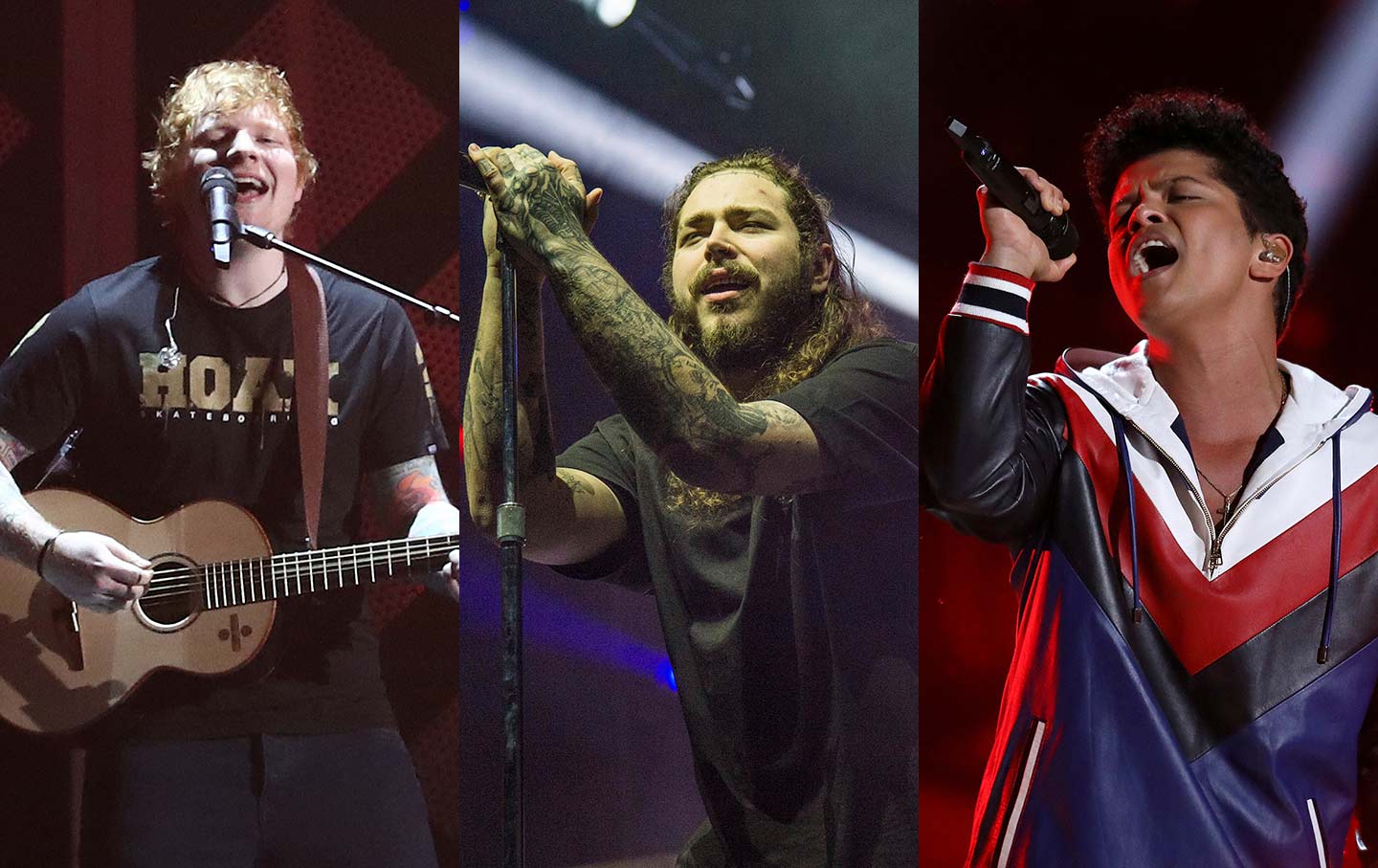 There have been urgent lessons about bad behavior in the news almost every day, as more and more men in various realms of public life are being held to account for a range of charges of sexual misconduct and abuse. As the father of a 14-year-old young man, a high-school freshman just beginning to learn how to handle himself in the adult world, I’ve been taking in the swelling ugliness with a hope that my son will see the gravity of transgressions that would have been hushed up or shrugged off when I was his age. My wife and I reinforce this message directly with him, of course. He’s seeing and hearing a lot that should help him learn to do much better than the men in the news feeds. At the same time, what he seems to watch and listen to most closely is pop music, on YouTube and through his streaming subscriptions, and what teenagers like my son are likely to find there is a set of lessons of a very different kind.

Like a great deal of pop music for a long time, most of the songs on the Billboard Hot 100 chart today are narratives of romantic or sexual fantasy, aspiration, success, or frustration. It’s 30 years now since the Chicago noise-rock band Big Black made its duly acclaimed album Songs About Fucking, and the title still applies to most popular music, in one way or another. The main purpose of the form has always been to serve as an outlet through which young people can experiment freely in an imaginative space, sorting out the options for functioning as social and sexual creatures in the adult world.

As far back as a hundred years ago, Tin Pan Alley tunesmiths were turning out songs such as “Give Me the Moonlight, Give Me the Girl” and “Send Me Away with a Smile,” which weren’t about astronomy and telling jokes. Over the decades, pop songs have steadily grown bolder and more particular in their treatment of eros, to the point where allusion and indirection have now largely given way to language that portrays sex acts bluntly, casually, without gloss or shame. There’s not necessarily any harm in such straight talk, theoretical damage to the poetic muse notwithstanding. To rob pop songs of their power to shock and outrage grown-ups by defying the norms of older modes of practice is to deny them their privilege to speak to young people in the language of their time.

The great surprise in the treatment of sex in contemporary pop is not that it’s radically advanced, but that it’s so shockingly regressive. With the recent and ongoing wave of revelations of male transgressions in mind, I undertook a systematic review of the top 20 songs in every Hot 100 chart published in Billboard over the course of this year, and found striking similarities in the way men talk about and deal with women in the pop songs of 2017. The attitudes in the music are straight out of 1957, with women portrayed more often than not as prey, as interchangeable objects of fleeting gratification, or as malevolent temptresses bent on exploiting men for material gain.

The number-one hit on the most recent Hot 100 chart is “Rockstar” by Post Malone, a rising hip-hop performer with a pop orientation. The opening words of the song establish its theme: “I’ve been fuckin’ hoes and poppin’ pillies/ Man, I feel just like a rockstar.” Like countless other songs in and out of hip-hop, it’s a dream narrative of stardom as the fulfillment of fantasies of male privilege, including power over women.

A little further down the chart, the female rapper Cardi B offers a neat reversal of this scheme in her song “Bodak Yellow,” which topped the charts for a spell this fall, the first time a female rapper has done so since Lauryn Hill in 1998. In the lyrics, Cardi B exults in her fame and power over men, whom she exploits for the same favor that innumerable male musicians brag about receiving from their fans—oral sex. “My pussy feels like a lake/ He wanna swim with his face,” she raps. “I’m like, okay/ I’ll let him do what he want/ He buy me Yves Saint Laurent.”

While women such as Cardi B, Beyoncé, Lady Gaga, and Taylor Swift often provide more complicated conceptions of male-female power dynamics, most male entertainers keep singing and rapping the same old-school propositions—Horatio Alger tropes in service of the Playboy philosophy. As the duo Ayo & Teo rap in their song “Rolex,” which reached number 20 on the charts in June:

These modes of thought are hardly restricted to hip-hop. Bruno Mars, the songwriter and multi-instrumentalist, had a big hit this year with “That’s What I Like,” a come-on to a nameless woman to whom he promises a catalog of luxuries if she’ll only “drop it for me”:

Jump in the Cadillac
Anything you want.…

Silk sheets and diamonds, all white

In another ostensibly romantic song, this one about a pick-up at a bar, the English singer-songwriter Ed Sheeran admits to the object of his own predation that he sees her mainly, if not solely, as a body. “I’m in love with the shape of you,” Sheeran croons. “We push and pull like a magnet do/ Although my heart is falling, too/ I’m in love with your body.”

The precise effect of all this on the minds and hearts of pop fans is unknowable, and it’s important to remember that young audiences may be more skilled at processing song lyrics as dramatic narratives with multi-layered intentions and meanings than their parents give them credit for. In fact, young pop fans may well be more sophisticated listeners than their parents. I’m no prude, and I’m resolutely opposed to censorship or regulation of art content of any kind. My point in casting light on the sexual dynamics on the pop charts this year is not to call for some kind of clampdown, a 21st-century version of smashing Elvis records or burning comic books.

I just can’t help seeing a little of myself when I was 14 when I look at my son, absorbed in his playlists like I was wrapped up with my record collection. I was raised in New Jersey, not far from where Bruce Springsteen grew up, and as he once sang, “We learned more from a three-minute record, baby, than we ever learned in school.”

From vinyl grooves to streaming data, pop music is still teaching 14-year-olds in three-minute classes. This year, the lessons seem awfully out of date.