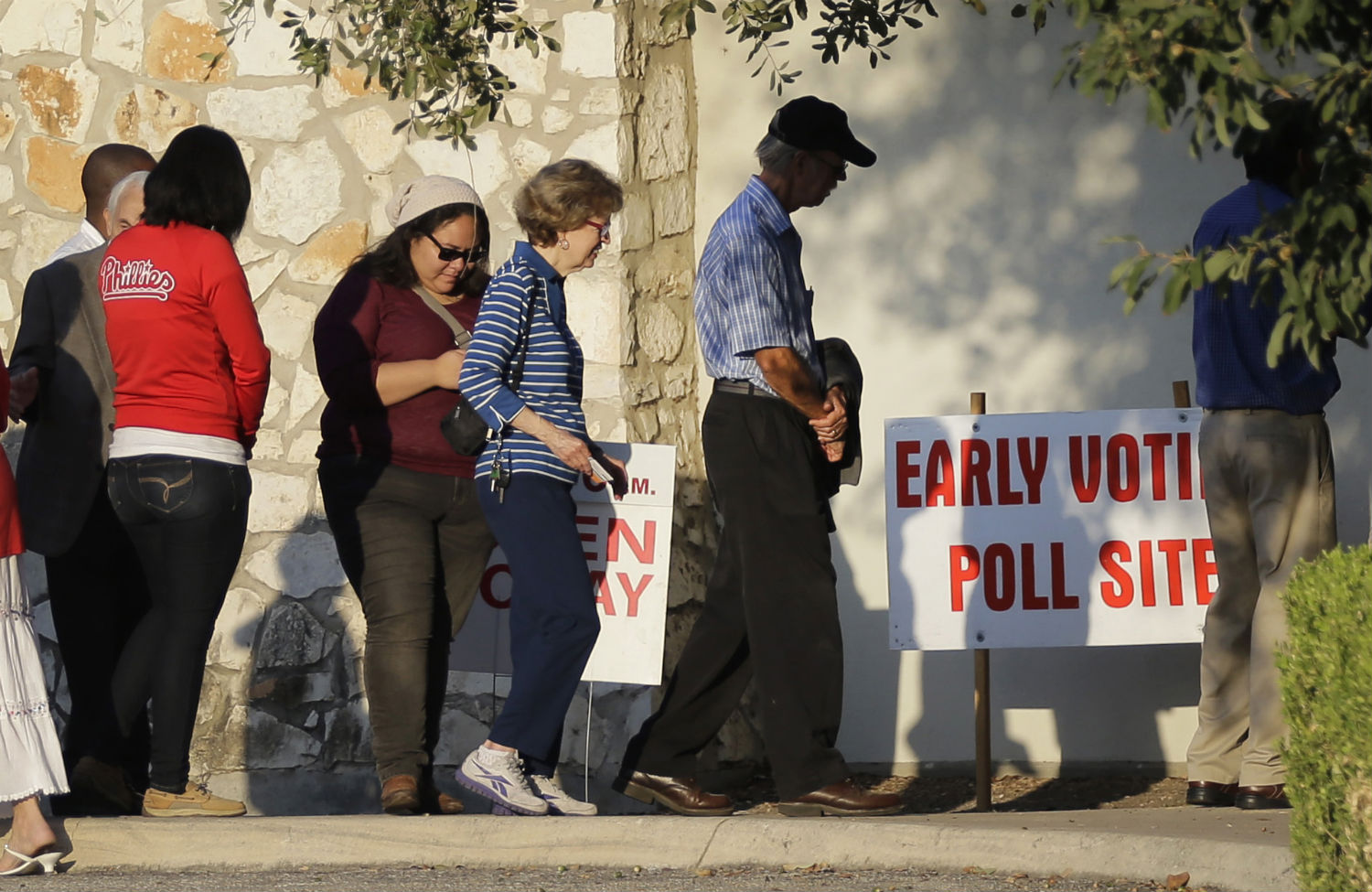 Bryan McGowan spent twenty-two years in the US Marine Corps, including four tours in Afghanistan and Iraq. When he was stationed at Camp Lejeune in North Carolina from 2005 until 2010, McGowan used same-day registration to register and vote during the state’s early-voting period.

He relocated to Georgia in 2010 because of his military service and returned to North Carolina in 2014. On the first day of early voting this year, McGowan arrived at his new polling place to update his registration and vote, just as he’d done in the 2008 presidential election. But this time he was turned away. North Carolina had eliminated same-day registration as part of the sweeping voting restrictions enacted by the Republican legislature in the summer of 2013. “All I want to do is cast my vote,” the disabled veteran said. After fighting for his country abroad, McGowan said, he felt betrayed by not being able to vote when he returned home.

Sadly, McGowan’s story was not atypical this election year. Voters in fourteen states faced new voting restrictions at the polls in 2014—the first election in nearly fifty years without the full protections of the Voting Rights Act. The number of voters affected by the new restrictions exceeded the margin of victory in close races for the Senate or for governor in North Carolina, Kansas, Virginia and Florida, according to the Brennan Center for Justice.

In the North Carolina Senate race, Republican Thom Tillis, who as speaker of the General Assembly oversaw the state’s new voting law, defeated Democrat Kay Hagan by about 47,000 votes. Nearly five times as many voters in 2010 used the voting reforms eliminated by the North Carolina GOP—200,000 voted during the now-eliminated first week of early voting, 21,000 used same-day registration, and 6,000 cast out-of-precinct ballots.

Lawyer Allison Riggs of the Southern Coalition for Social Justice in Durham flagged dozens of stories of disenfranchised voters and election problems in North Carolina. Voters were not able to register during the early-voting period. There were longer lines during early voting because the state had cut it by a week. And there were longer lines on election day because of the shorter early-voting period, particularly in heavily Democratic urban areas like Durham, Raleigh, Charlotte and Greensboro, where wait times stretched to over two hours at some polling places.

Leslie Culbertson arrived at her polling place in Charlotte’s Eastover Elementary School expecting to quickly cast her ballot. “The last time I voted here the line was nothing,” she said. But this time, the wait was an hour, and Culbertson had to leave the polls without voting to pick up her children from school.

Many voters also arrived at the wrong polling location, where they could no longer cast a regular ballot out-of-precinct. At the Chavis Community Center in Raleigh, in a predominantly African-American, low-income part of town, there were 216 voters in line waiting to cast a provisional ballot as of 3:30 pm on election day. The ballots they cast will most likely not be counted. “We were getting tons and tons of calls from voters who were turned away because they were at the wrong precinct,” Riggs said.

More than 450 voters were disenfranchised in North Carolina’s primary because the state eliminated same-day registration and out-of-precinct voting. Riggs expects that number will be significantly higher for the general election, even as the turnout increased in North Carolina, compared with 2010, for the early-voting and general-election period. “The real question is: What would turnout have been like if these voters hadn’t been disenfranchised?” Riggs said.

Nationally, voter turnout in 2014 has been estimated at 36.4 percent, the lowest level since 1942. Across the country, the electorate was older, whiter and more conservative than in 2008 and 2012—which is exactly what Republicans wanted. The new voting restrictions contracted an already-minuscule electorate. Nearly twice as many Americans chose not to vote as voted in 2014. But even as turnout decreased, voting problems increased. The Election Protection coalition received 18,000 calls on its hot line, a 40 percent increase over 2010.

Some of the starkest examples of voter disenfranchisement occurred in Texas, where scores of voters were prevented from casting ballots because of the state’s discriminatory voter-ID law. “We saw out-and-out disenfranchisement,” said Myrna Pérez of the Brennan Center for Justice, who monitored voting problems in Texas. Some 600,000 registered voters don’t have the required voter ID in Texas, but the state issued only 407 new voter IDs as of election day. “There are more licensed auctioneers (2,454) in Texas than there are people with [election identification certificates],” reported The Texas Observer.

Unfortunately, the results of the midterms bode ill for voting rights going forward. Many of the Republican politicians who led the effort to make it harder to vote were elected or re-elected on Tuesday, such as Tillis in North Carolina, Greg Abbott in Texas, Rick Scott in Florida, Scott Walker in Wisconsin, Kris Kobach in Kansas and Jon Husted in Ohio. With more states under GOP control—the highest number since the 1920s—expect new states to pass voting restrictions in the near future. In Nevada, GOP strategists are already urging the newly Republican-controlled legislature to swiftly enact a new voter-ID law. As 2014 showed, the fewer people that vote, the better it is for the GOP.