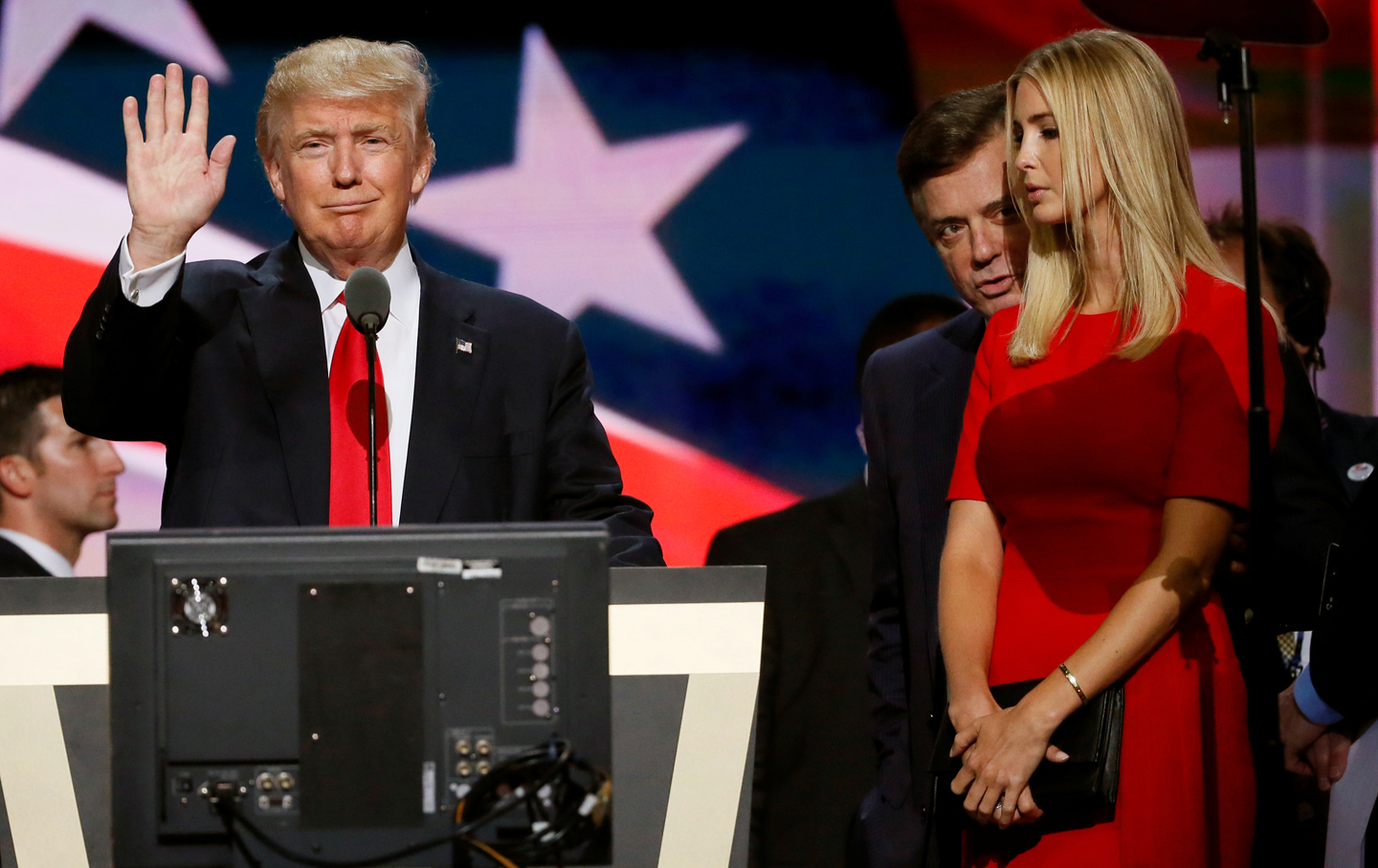 Amy Wilentz is a longtime contributing editor at The Nation and former Jerusalem correspondent for The New Yorker. She’s best known for her work on Haiti, most recently the award-winning book Farewell Fred Voodoo. This interview has been edited and condensed.

Listen to Amy Wilentz on the Start Making Sense Podcast.

Jon Wiener: Ivanka is connected pretty directly to events at the center of the Russiagate investigations. Where do you think the strongest case could be made that she committed a crime?

Amy Wilentz: Possibly it’s the cover-up from the meeting on Air Force One after that fabled meeting in Trump Tower with the Russian lawyer. On Air Force One, the Trump team, including the president and Jared Kushner and Ivanka, crafted a message to the media saying that the Trump Tower meeting was largely about Russian adoptions and had nothing to do with Hillary Clinton. Of course, we subsequently learned it was all about a promise of dirt on Hillary from the Russians. Ivanka was present at that meeting. She did tell Michael Wolff, the author of Fire and Fury, that she participated in that meeting only briefly and took a pill to go to sleep. That strikes me as too much honesty. When do you find a person in high office admitting that they took a pill to go to sleep? Only when they want to suggest they left a meeting very quickly, one that’s under investigation, because they needed their beauty sleep…

JW: There was another meeting where she did not take a pill to go to sleep: the one where they discussed firing FBI Director James Comey.

AW: Yes, and she was very supportive of that idea. Reportedly, she was worried, as was her husband, about Comey’s taking a look at various Kushner Company projects, as well as Trump Organization deals. They were frightened about that and she wanted to get rid of him.

JW: That seems very much like being part of a conspiracy to obstruct justice—if we believe that Comey was fired to stop him from investigating the president’s crimes—

AW: Rather than being fired because he was too tough on Hillary and her e-mails, as Trump alleged after his firing.

JW: The Intercept had a piece on whether Ivanka could be indicted, by Hannah Seligson. She pointed to Ivanka’s connections to Felix Sater. Who is he?

AW: Felix Sater is a Russian-American businessman who is now considered to be one of the Trump Organization’s biggest headaches in the Russia probe. That’s because he wrote a letter to Trump lawyer Michael Cohen in 2015, where he said, “Our boy can become president of the USA and we can engineer it. I will get all of Putin’s team to buy in on this. I will manage this process.”

JW: Sounds sort of like collusion. But what does this have to do with Ivanka?

JW: But I don’t think it’s a crime to sit in Putin’s chair.

AW: No. But it shows that there is a relationship between Ivanka and Sater. Mueller may find more that we don’t know about right now.

JW: We’ve been talking about what Mueller might be investigating that could lead to criminal charges against Ivanka. Of course there are a lot of reasons to think Ivanka is not guilty of anything.

AW: Here’s how her defense goes: She’s not smart enough. She’s a mommy, she’s too busy with the kids. She only cares about women’s issues. But that’s not how Ivanka has always represented herself in her books. There, she’s a fully viable member of the Trump Organization, in fact sometimes solely in charge of various projects. I just don’t buy the stupid-Ivanka theory. She may not be the world’s greatest intellectual, but she is a woman who knows how to do business.

AW: But that doesn’t work as a justification. It’s something I’ve thought about a lot because I’ve studied the development of kleptocracies in other countries in the world, and this is how it works. People come in, they look like a little bit shady; they seem a little bit different from the leaders who preceded them. Then suddenly you realize they’re using the office to advance their own business interests.

AW: And indeed they are social liberals, but so what? So what if they think it’s bad for Trump to support Nazis or to kowtow to the NRA? Are they stopping Trump from pursuing those goals? No, and nor do they think they will. They are showing a nice face while they suck money from the job. Ivanka may be the mom of the Instagrammable Arabella, the cutest girl who has ever lived; but Ivanka is also a shark. The way Ivanka and Jared mix their business interests with their government jobs is a grotesque abuse of power.