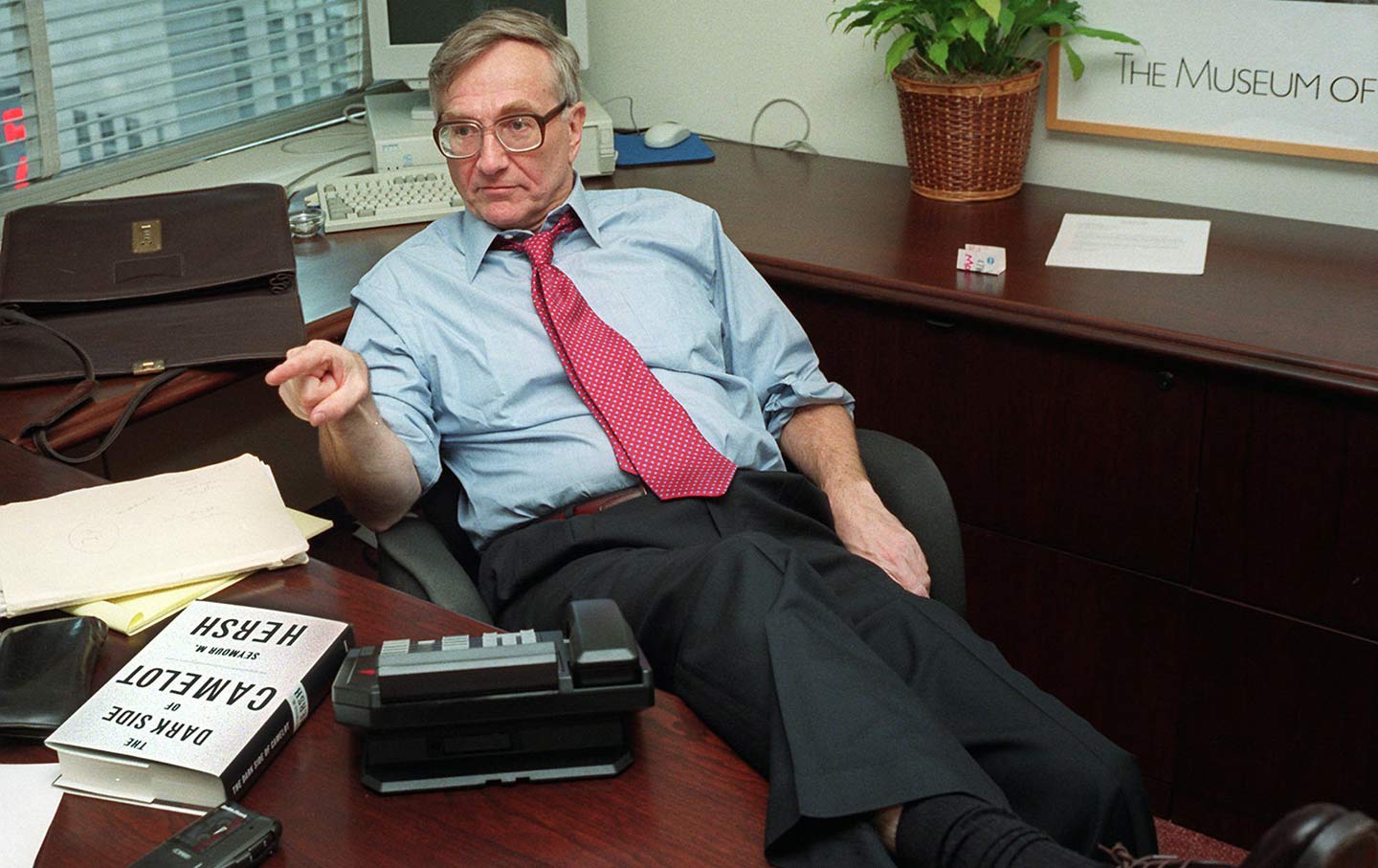 Not many private individuals have been of greater public service, to the United States and the world, than Seymour Myron Hersh. Certainly, no journalist can match his record for the kinds of scoops that—until recently, anyway—have helped to preserve our democracy. Hersh, who, at 81, has just published a memoir simply called Reporter, has single-handedly broken more stories of genuine world-historical significance than any reporter alive (or dead, perhaps). His book is perfectly titled, because—and I say this in admiration—a reporter is all Hersh is. Well, maybe he’s a good husband or father or a decent tennis player, but you won’t learn anything about that in his book. Hersh’s only interest in his 50-plus years of reporting has been to get “the story.” He does not care that he sometimes must rely on anonymous sources or that some of his biggest exclusives have come from mass murderers, tyrants, and war criminals. No less significant, he does not care whether the story causes political problems for the institutions that employ him. He admits that he does occasionally hold things back to retain his sources, but even that is only in the service of future stories. These characteristics have ensured that Hersh has worked at quite a few places.1

Though our respective careers have had little in common, Hersh and I share a mentor: Izzy Stone, who worked for this magazine from 1939 through 1946 and famously published an independent newsletter, I.F. Stone’s Weekly, from 1953 to 1971. In 1966, shortly after Hersh made it to Washington as a reporter for the Associated Press, Stone called him out of the blue before 6 am on a Sunday to discuss Vietnam. The two men “talked incessantly about how to do better reporting,” and Hersh recalls feeling that he was “in the hands of a master,” adding: “It was to the shame of the mainstream media—and my pipe smoker colleagues in the Pentagon pressroom—that his biweekly reports and analyses as publisher of I.F. Stone’s Weekly were viewed as little more than a nuisance.”2

Hersh took on Stone’s values: complete intellectual independence and reportorial indefatigableness. And once he broke the story of the My Lai massacre for the tiny Dispatch News Service, he persuaded America’s most powerful media institutions to give him the resources to break bigger and bigger ones, especially during his long, troubled tenure at The New York Times. It was a professional marriage made in hell. As Bill Kovach, former Times Washington bureau chief, observed, Hersh was battling a culture “at a newspaper that hated to be beaten, but didn’t really want to be first.”3

The Times, of course, is representative of American journalism’s zeitgeist. The late David Broder was perhaps the most revered pundit in the latter decades of the 20th century. He spoke openly, late in his career, of his aversion to “writing stories that I know will add to the depth of an already deep public cynicism about what’s going on in this country.” Elite journalists were, as the famous Times political reporter R.W. “Johnny” Apple explained, extremely wary of “full-throated debate” owing to its “costs: to national unity, to confidence in the electoral process, and to respect for leaders in general.” Both men, it should be noted, said this to tamp down dissent over President George W. Bush’s dishonest and ultimately disastrous campaign to invade Iraq. Hersh, the man who revealed the torture at Abu Ghraib and the US assassination squads operating in that catastrophic war zone, was a journalist cut from a different cloth.4 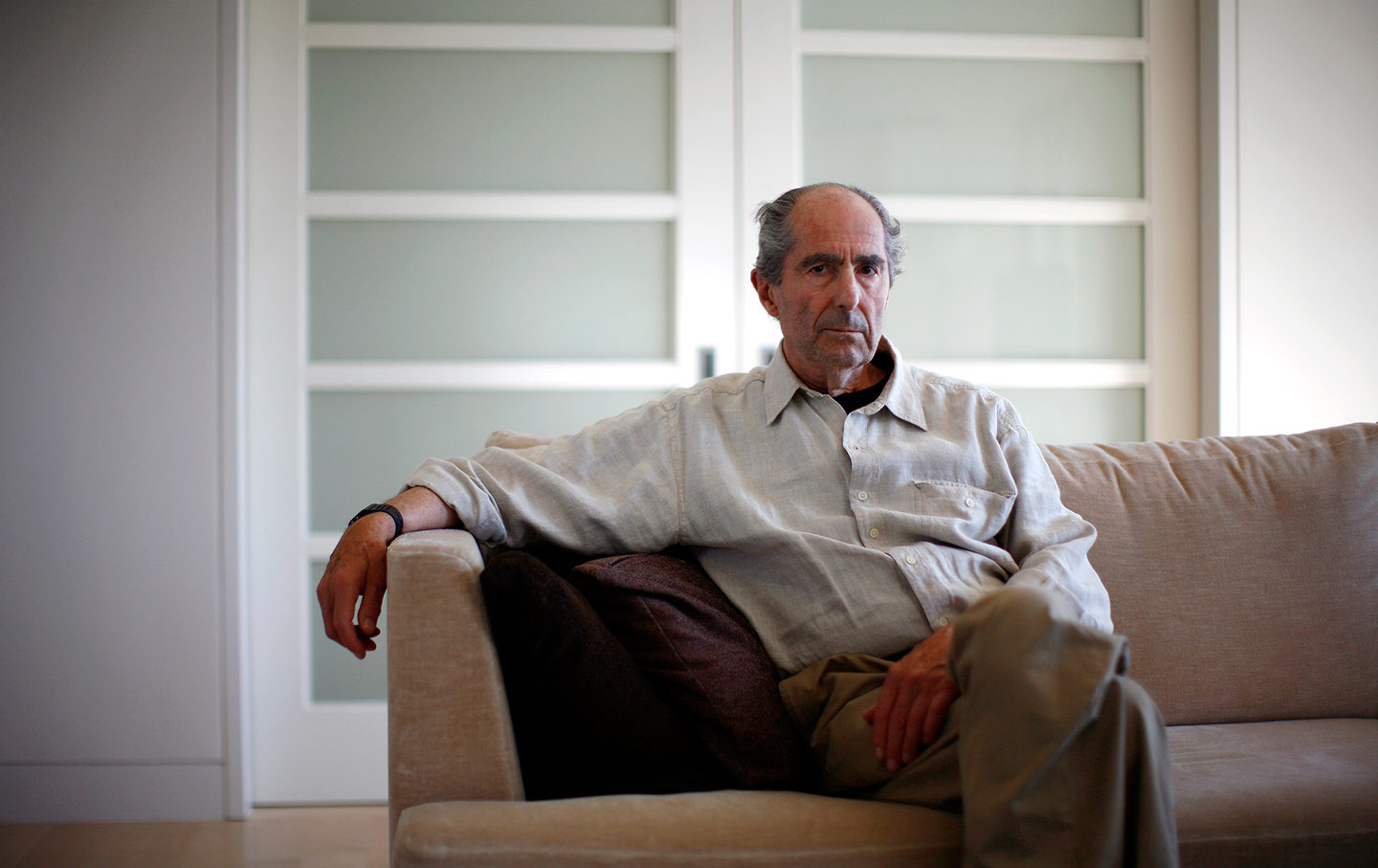 The Death of Philip Roth’s ‘Lox and Bagels’ Judaism

Even before My Lai, Hersh was uncovering stories that changed the way the US government operated. His first big article—on US chemical-weapons facilities—resulted in a fundamental change in America’s policy on the issue. I could fill the rest of this column with nothing but a list of Hersh’s historically significant scoops. He broke the story that the CIA “conducted a massive, illegal domestic intelligence operation,” which included the inspection of mail; that the United States participated in overthrowing the democratically elected government of Salvador Allende in Chile; that the US secretly bombed Cambodia during the Vietnam War; and that Henry Kissinger had the phones of reporters and his own staff wiretapped during the Nixon administration. Hersh proceeded to torment every subsequent US president or lying cabinet member by ferreting out truths that other journalists could not or would not attempt to uncover—though, it should be added, no one inspired his journalistic juices like Nixon and Kissinger.5

These same officials sought to undermine Hersh. In Reporter, Kissinger, Dick Cheney, and many others are quoted in internal government documents looking for ways to shut him down. The Times stood by him, until it didn’t anymore. The New Yorker parted ways with Hersh over shocking stories from Syria and Pakistan that no one has been able to corroborate. Hersh has made mistakes, of course, and the stories rejected by The New Yorker—which have appeared in either the London Review of Books or the German newspaper Die Welt—do strike this reader as depending too much on unnamed sources. He would also be the first to admit that he needs an editor, as much as he hates having them.6

Reporter comes graced with a blurb from the novelist John le Carré, who writes, “This book is essential reading for every journalist and aspiring journalist the world over.” But what is perhaps most poignant about this fantastic yarn is how far journalism has drifted from the days when the Times would actually publish the kinds of investigations that Hersh specialized in, let alone encourage and invest in such a muckraker. What’s more, there were once dozens of other journalists at mainstream publications trying to match his exposés. Today, there are few publications with the will and the means to set truly dogged, independent-minded reporters on the country’s most powerful institutions and individuals. Hersh’s ferocious drive for “the story” sadly reads like ancient history.7

Just Outside Minneapolis, The Next Uprising Is Here