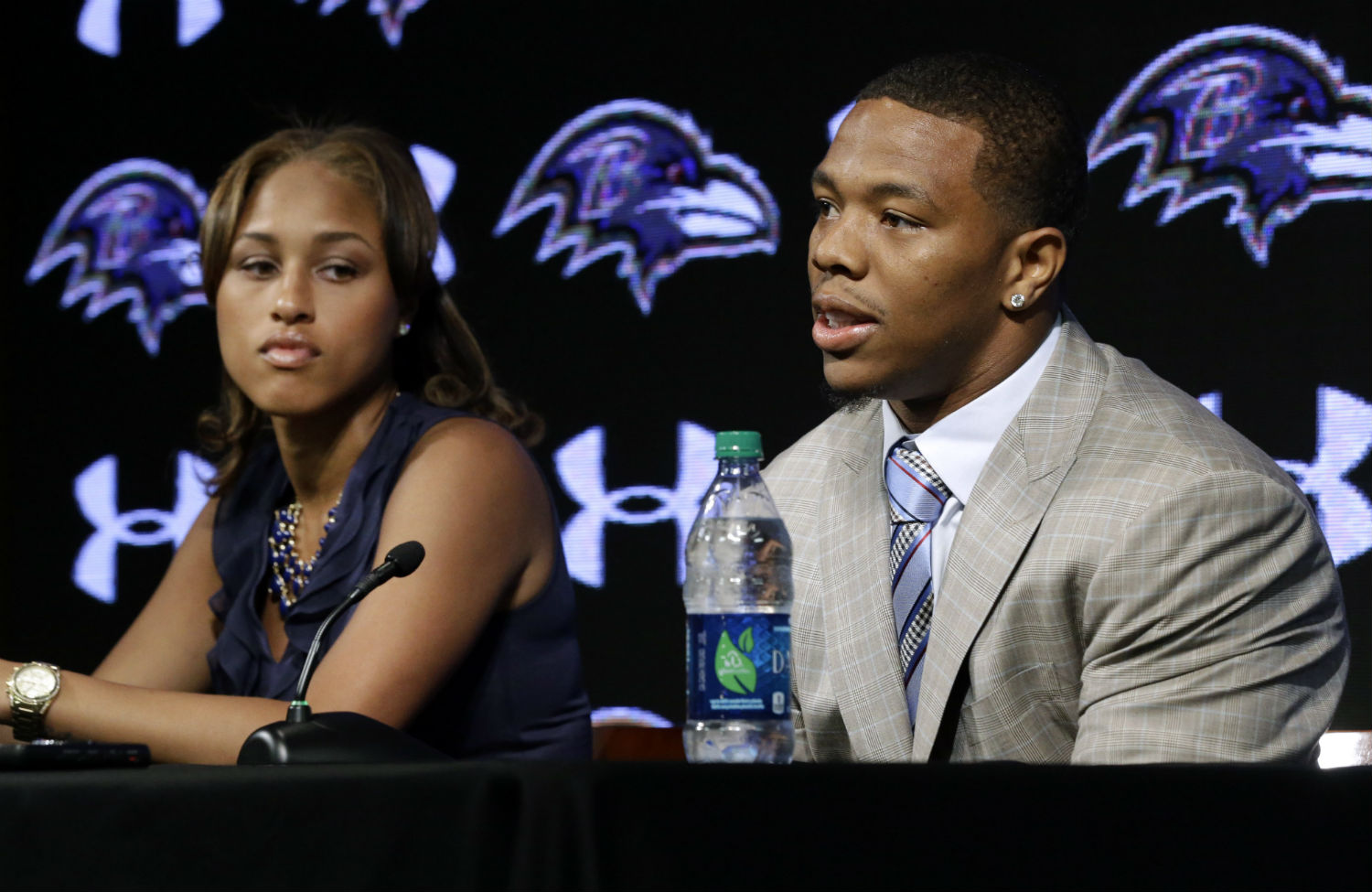 The radio hosts posed question after question: What will the NFL do now that the tape has been released? How will the Ravens organization react to this? (Now we know. The Ravens have released Ray Rice.) How will the Baltimore fans who’ve been cheering Ray Rice respond? How will the media—oh, the poor media!—react to having perhaps been lied to about whether NFL Commissioner Roger Goodell had seen the videotape?

The one question they did not glaringly ask is, How will Janay Rice react to the release of the tape? The absence of concern for Janay Rice—in the press, on social media, among my own colleagues—is the most disheartening part of this entire ordeal.

No one cares that she is now going to have to relive this incident over and over again. No one cares that the world has now become privy to what may be the most humiliating moment of her entire life. No one cares that she’s basically now being used as a soapbox with otherwise apolitical NFL commentators using her prone body to get on their high horse and safely blast the league. There is video, and those who never raised their voice publicly about the axis of domestic violence and the NFL before are now bellowing the loudest.

ESPN “NFL insider” Adam Schefter was enraged and called the entire situation “the biggest black eye in league history.” Unfortunate phrasing aside, even the statement speaks volumes. What about every other act of domestic violence in league history that wasn’t caught on videotape? What about the Kansas City Chiefs’ Jovan Belcher two seasons ago actually killing the mother of his child, Kasandra Perkins, before taking his own life? Why are these actions seen as less of a black eye? The answer, of course, is that this one was caught on videotape. In other words, it damages the league’s public relations. In other words, this is—again—not about Janay Rice. It is about the well-being of the league.

So if no one is going to talk about the welfare of the person who is actually subjected to the violence on that tape, let’s talk about it here. I spent the morning communicating with people who work on issues involving domestic violence and violence against women nearly every day of their lives. They all said the same thing, without dissent: releasing this tape to the world is incredibly damaging to Janay Rice. Just as we would protect the name of an alleged rape victim, just as we would not show a video of Ray Rice committing a sexual assault, we should not be showing this video like it’s another episode of Rich People Behaving Badly. If Janay Rice wanted to show this tape to the world, in other words if she had offered her consent, that is a different matter. But showing and reshowing it just because we can is an act of harm.

Tragically, it seems—especially judging by my Twitter feed—that very few people agree with this sentiment. Their belief—and to be frank, this is shared by a lot of people whom I respect—is that seeing the video will shock people, advance the conversation and force action. Even some of the same people saying that nude photo hacks shouldn’t be clicked on are saying people have an obligation to bear witness to what Rice did.

I have serious doubts about this. If you were outraged by violence against women before, will seeing this video really change your mind? If you are not outraged by violence against women, does this video actually make a damn bit of difference? My fear, and this happens whenever you have videos that spark outrage until the next new cycle, is that all it will provoke are the kinds of reactions that don’t necessarily help anybody, least of all the victims. I hear influential people like ESPN’s Mike Greenberg asking the question, “Why isn’t Ray Rice in prison?”

There is no thought given to restorative justice. Only how do we further punish, impoverish and crowd our prisons. As for Janay Rice, she has of course been standing with Ray Rice, even marrying him after the incident. I have no doubt that there are issues there, but they become our damn business only if Janay Rice wants them to be our damn business. I will ask again: What does Janay Rice want, and shouldn’t that matter? If it doesn’t matter, all we are doing is re-victimizing this person one click at a time.

Janay Rice has released a statement on her instagram account about the last 24 hours. She comments on both the release of her husband from the Baltimore Ravens as well on seeing her abuse played and replayed on a loop. People will surely pick her statement apart and make all kinds of judgments about her state of mind in making this statement. They shouldn't. I would ask that people just read it, without analyzing it as if we are all now experts on domestic violence as well as having some kind of voyeuristic insight on the lives of two individuals many had not even heard of 24 hours ago.

"I woke up this morning feeling like I had a horrible nightmare, feeling like I'm mourning the death of my closest friend. But you have to accept the fact that reality is a nightmare in itself. No one knows the pain that the media and unwanted [opinions] from the public has cause my family. To make us relive a moment in our lives that we regret every day is a horrible thing. To take something away from the man I love that he has worked his ass off for all his life just to gain ratings is horrific. THIS IS OUR LIFE! What don't you all get. If your intentions were to hurt us, embarrass us, make us feel alone, take all happiness away, you succeeded on so many levels. Just know we will continue to grow and show the world what real love is! Ravens nation we love you!"

There is another post afterwards that simply reads, "Hurt beyond words."

People by now have surely seen the video. Any site that actually cares about violence against women more than page clicks should take the damn thing down.