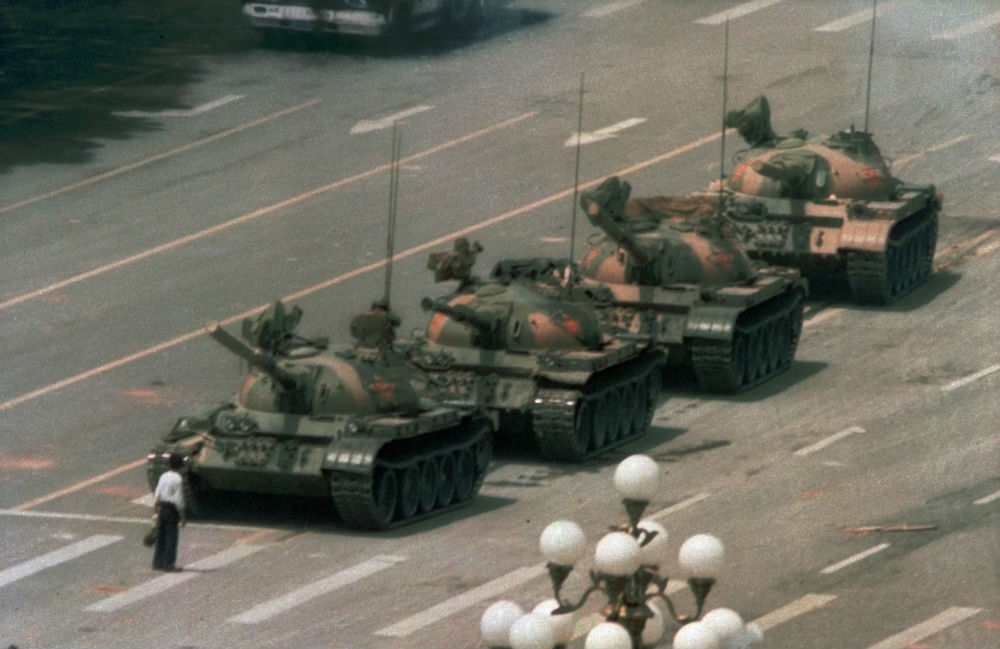 This week marks twenty-five years since the People’s Liberation Army slaughtered hundreds, possibly thousands, of unarmed civilians while cracking down on the student-led protest movement in Beijing.

The Chinese government has marked the occasion, as it does every year, with a campaign of increased censorship. Authorities have detained, arrested or questioned dozens of dissidents in recent months, as Internet scrubbers work around the clock to expunge any reference to June 4, 1989, from the record. Few young Chinese know what happened that spring, and most who do dare not speak of it openly.

On the other hand, Western media far too often tells a distorted, simplified version of the story. Robin Munro, a researcher for Human Rights Watch in 1989, was one of few foreigners to witness the final moments in Tiananmen Square that fateful night. Writing for The Nation one year later, Munro sought to correct the popular misconception that students bore the brunt of state-sponsored violence, and that the massacre took place in the square itself. Not so, observed Munro, who watched firsthand the 3,000 or so remaining protesters safely exiting Tiananmen Square at dawn. In reality, “the great majority of those who died were workers, or laobaixing (“common folk”) and they died mainly on the approach roads in western Beijing.”

Munro’s clarification, “Who Died in Beijing, and Why,” shed essential light on the Communist Party’s true fear in 1989: a “full-fledged insurrection” by working-class citizens, who had come out in droves to support the young protesters in the weeks leading up to bloodshed.

“Nothing serves the cause of China’s students and laobaixing better than the unvarnished truth, for it speaks eloquently of their heroism and of the regime’s cowardice and brutality,” Munro wrote. “Western criticisms based on a false version of the clearing of Tiananmen Square have handed the butchers of Beijing needless propaganda victories in the UN and elsewhere.”

Days before the military crackdown, Nation editors hinted at the threat posed by the gathering commoners, as the Communist Party saw it. At that point, hundreds of thousands had filled Tiananmen, inspired by hunger striking students. Our editors wrote, “[W]here a march of 10,000 was an extraordinary event, half a million is suddenly commonplace. What makes this possible is nothing less than a manifest crisis of the legitimacy of the state.” They pushed back against the framing of the protests as “the triumph of the West” and refocused on the discontented masses:

The sirens of the West advised China to flood its markets with goodies and the people would be happy. But that was a fallacy, and the students have the evidence—the corruption of the party, which is what has resulted from China’s unholy marriage between market reform and an unregenerated, closed political system.

In more recent years, Nation contributors have placed anniversaries of the massacre in contemporary contexts. At ten years, journalist Sophie Beach reported on another set of protests taking place in Beijing, this time approved by the Communist Party. In spring of 1999, most demonstrators were not targeting their government, but NATO and the American military, which had recently bombed the Chinese embassy in Belgrade amid the Kosovo war. Beach, now editor of China Digital Times, observed at the time that The Party used the NATO protests to silence the few dissidents who wanted to talk about Tiananmen:

Indeed, since the NATO bombing, the government has intensified its pre-June 4 crackdown, denouncing concepts of democracy and human rights as synonymous with US hegemony. The People’s Daily, the Communist Party mouthpiece, ran an article in late May condemning overseas democracy activists as traitors to their country.

For the twentieth anniversary of the massacre, China historian Jeffrey Wasserstrom reflected on the necessity of “dwelling” on Tiananmen. We remember 1989 “because common misconceptions about that year persist,” as highlighted by Munro, but also “to stay humble.” Wasserstrom writes that every China specialist was surprised by what happend that spring, “if not by the fact that a massacre occurred then by how long it took for the tanks to roll; if not by how many people risked their lives to fight for change then by the role rock music played in the protests.”

Though writing ten years apart, Beach and Wasserstrom both explored the possibility of a future uprising, as ordinary Chinese, left behind by the “economic miracle,” become increasingly frustrated with the corruption and opulence displayed by the nation’s ruling elite. Amid the global recession, Wasserstrom wrote:

The party’s real difficulties will come when the memory of the recent upward surge has receded and a broad cross-section of people who have been left behind start to lose hope of prosperous times ahead. This is bound to happen eventually, but not yet. And we should not underestimate the ability of this regime, which has been so effective at defying the odds, to further delay its long-predicted demise.

Five years later, and income inequality in China has reached new heights, while reports of corruption among party officials seem to pop up by the day. Mass industrialization has rendered the air in major cities practically unbreathable. A quarter-century after the June 4 massacre, China has yet to resolve the tensions that inspired the students and workers of Tiananmen Square.