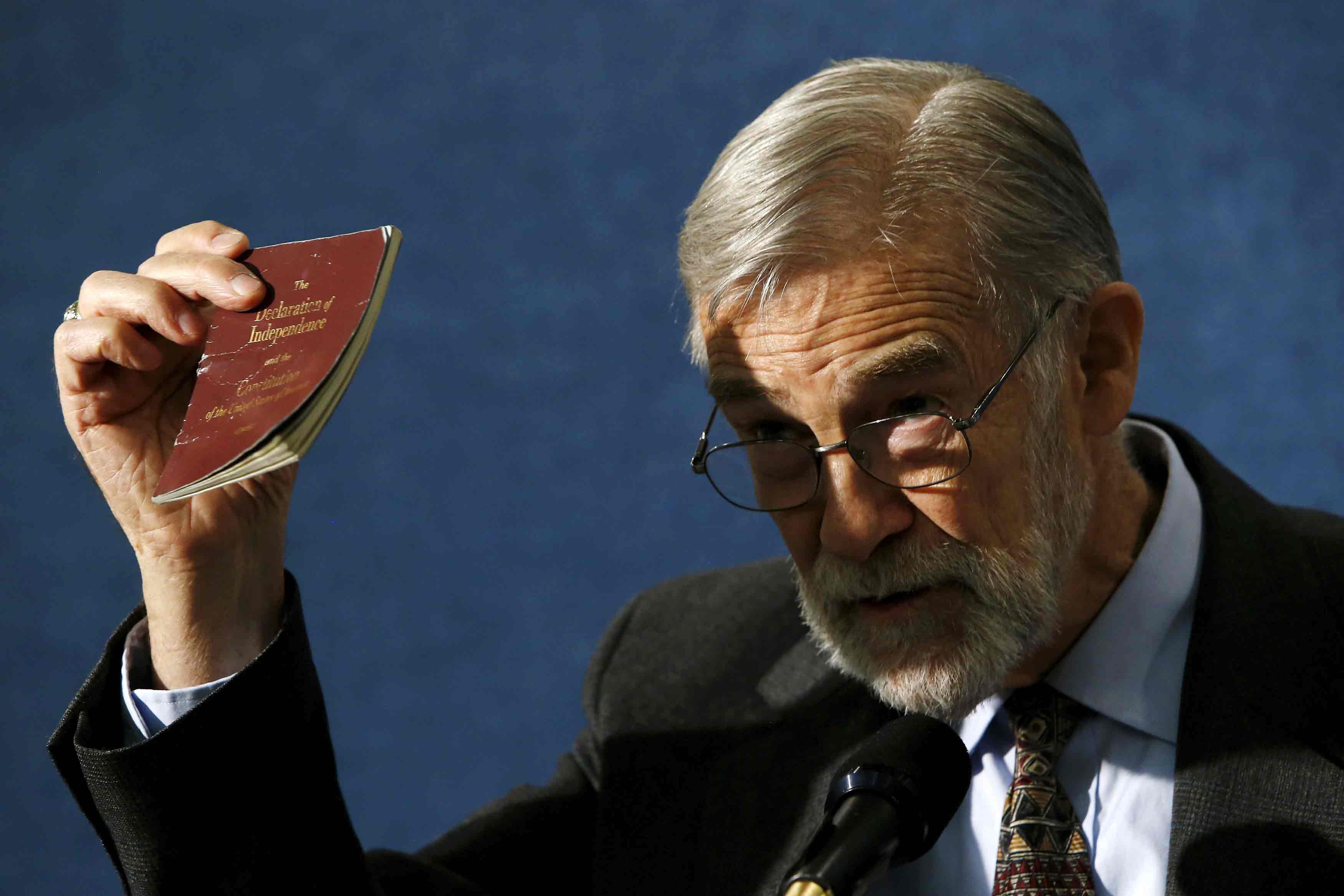 Retired Central Intelligence Agency (CIA) analyst Ray McGovern holds a copy of the Declaration of Independence and US Constitution as he participates in a news conference in Washington DC on April 27, 2015. (Reuters / Jonathan Ernst)

On Wednesday, the Senate Intelligence Committee approved Gina Haspel’s nomination to become director of the Central Intelligence Agency in a ten-to-five vote; and on Thursday, the full Senate voted to confirm, 54 to 45, with the help of six Democratic senators.

This week, I spoke with McGovern, whose duties included chairing National Intelligence Estimates and preparing the President’s Daily Brief for President Ronald Reagan, to get his views on the Haspel nomination. This interview has been edited for length and clarity.

James Carden: Ray, you were a CIA intelligence officer for 27 years. Do you think Haspel is some kind of aberration or a reflection of the agency post-9/11?

Ray McGovern: The sea change began in earnest with Bill Casey and Bobby Gates [Casey was CIA director from 1981–87, Gates served deputy director from 1986–89, then later as director from 1991–93]. People in analysis as well as operations got ahead according to how quickly they would salute and follow the bidding of their masters. And that accounts for the worst NIE [National Intelligence Estimate] in history, Oct 1, 2002 on the non-existent Weapons of Mass Destruction in Iraq. By then, George Tenet [CIA director 1996–2004] had only cooperative sycophants sitting around the table; it takes roughly a generation to corrupt an institution like the agency.

Most distressing, in a way, was my personal experience, watching old colleagues, good, hardworking, until-now trusted colleagues, people like Charlie Allen [assistant director of central intelligence for collection, 1998–2005], for example—who now supports a torturer for director.

How do I explain what happened to Charlie, and so many others of my former analyst colleagues—not to mention folks I knew and, some of them I trusted, from the operations side?

After the trauma of 9/11, something happened to Charlie, and others. He was conscientious in the extreme; it was partly his fault, I’m sure he felt, and he was/is correct.

And it was Charlie, if memory serves, who warned, after the fact, that the light was “blinking red.” In other words, he was in charge of coordinating collection community-wide, and failed miserably.

I know Charlie; worked with him on the PDB [President’s Daily Brief] among other things. I believe he was traumatized into going along with the “enhanced interrogation techniques” even though he was smart enough to realize that “no good intelligence”—in the words of Lt. Gen. John Kimmons, a former commanding general of the Army’s Intelligence and Security Command, “is going to come from abusive techniques.” In other words, Allen seems to have fallen in with very bad companions, condoned the worst, and now, out of a misplaced sense of loyalty, seems conscience-bound to support torturers like Haspel.

JC: You recently charged that Senate Intelligence Committee Chairman Richard Burr (R-NC) is helping Haspel “cover up” her involvement in the CIA torture program. Can you elaborate?

The very first thing Burr did on assuming the chairmanship was recall all copies of the four year SSCI investigation of CIA torture, based on original CIA documents, that, ironically, was the result of a bipartisan decision by the committee in the immediate aftermath of Haspel and her CIA superior, Jose Rodriguez, destroying the tapes of waterboarding. You’ll recall the redacted but still heinous-detail-filled, 500-page account in the Executive Summary that Diane Feinstein managed to get published in December 2014 just days before Burr took the chair.

Burr is a tool of the CIA.

JC: Not all former CIA officers agree with your criticism of Haspel. For instance, John Sipher, a former CIA Moscow station chief, wrote an op-ed in The New York Times titled “Why Gina Haspel is the Best Choice for CIA Director,” which described Haspel as a mere bureaucrat, an “executive responsible for a large work force. Another former CIA officer, Doug Wise, has also praised Haspel. “For many of us during our careers,” wrote Wise, “Ms. Haspel represented a role model who possessed the rare ability to make the right decision–every time.”

RM: All of this, of course, is BS. Meantime, the mainstream media has avoided mentioning the two formal letters issued by Veteran Intelligence Professionals for Sanity [which McGovern co-founded in January 2003] on Haspel and torture like the plague. Even worse: The opposition to Haspel from over a hundred retired general officers was largely suppressed. That speaks volumes. And besides, any of the folks that Haspel’s PR outfit directed the media to were themselves involved in one way or another with the torture program.

JC: What about the role of popular culture in all of this?

RM: I cannot overstate the influence of Hollywood, TV, and the media in making all this possible. Most Americans are still in a vengeful mood after 9/11, and believe torture “works.” O tempora o mores!

JC: Last week you were dragged out of the Haspel confirmation hearing by Capitol Hill police officers. What exactly were you charged with? Have you been given an explanation for the seemingly out-of-control overreaction by the Capitol Hill police? [Editor’s Note: A Capitol Hill police spokeswoman has not answered questions from The Nation regarding the incident at the time of this writing.]

RM: I have acquired a handwritten copy of one of the Capitol police officers’ notes, which says I was “taken through door and taken to ground.” One of the videos shows me taken out and immediately on the floor outside. Some have been asking me, “Did you fall down?” Now we have the notes showing I was “taken to ground.” There was a female voice heard on the videotape saying “You are hurting him.” The captain supervisor decided, rather than seize her and her camera, to order the others to cease and desist. One has to be thankful for small favors; my chronically separated/dislocated left shoulder did not, in the end, go out. Later I was shackled, along with 97 others, for a couple of hours before we went into the courtroom to see the judge. I was the last one arraigned.

I am charged with disruption of Congress and resisting arrest. I go to court in a week.

JC: Haspel’s confirmation by the full Senate looks increasingly likely now that three Democrats, including Intelligence-committee ranking member Mark Warner, Indiana’s Joe Donnelly, and West Virginia’s Joe Manchin, have said that they will vote to confirm. If you had the opportunity to address these gentlemen directly, what would you say?