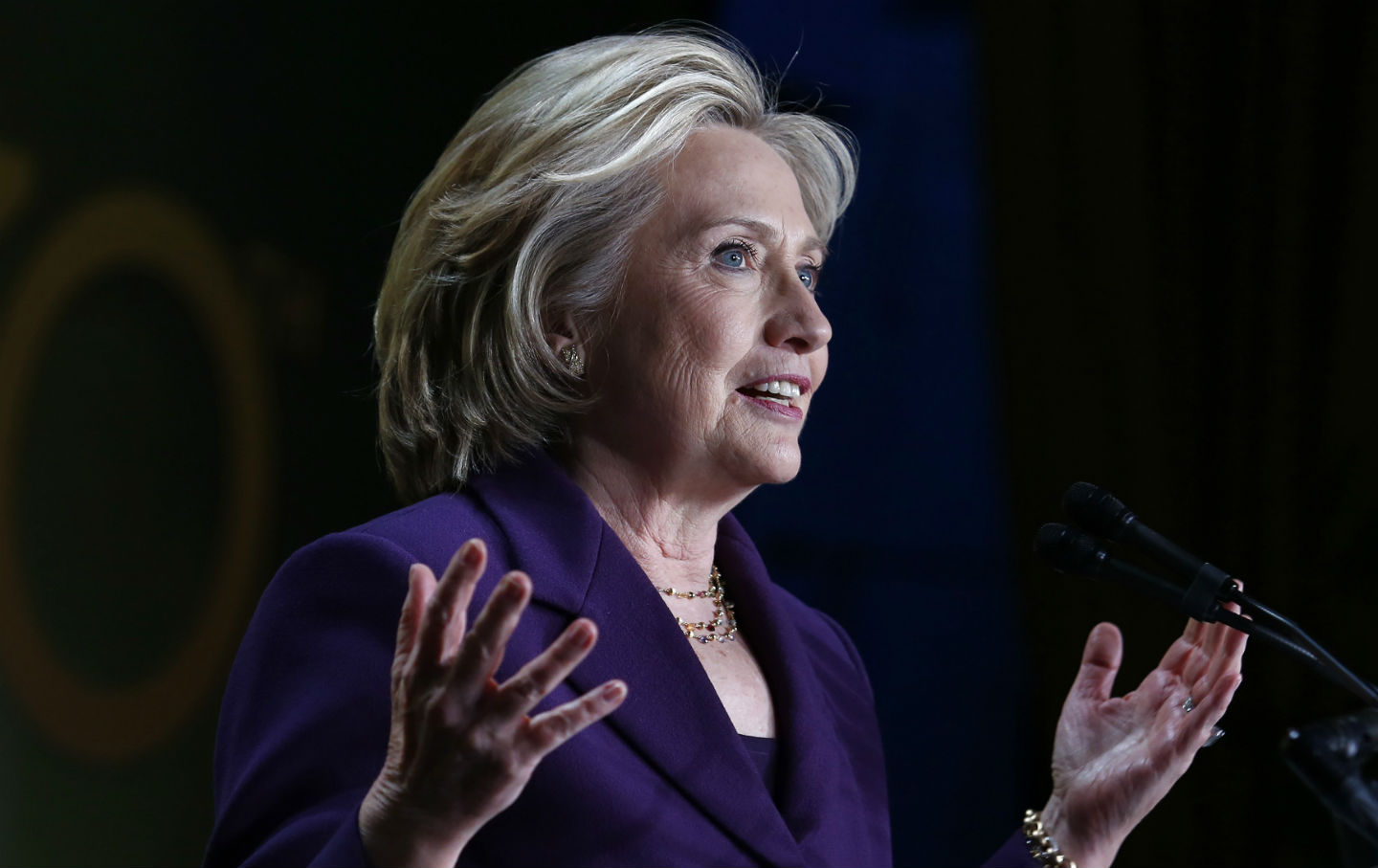 Some of the best minds of our generation’s left-liberal thinkers and political agitators are busy these days composing and publishing “to-do” lists for Hillary Clinton. Their sincere suggestions are worthy ideas for economic and social reforms, nothing very radical but smart measures that will make life better for lots of people. Raise the minimum wage, pay equity for women, reform college loans, abolish usurious lending, paid vacations for all workers and many more similar proposals.

It’s not that these policy advocates are necessarily for Clinton. But if she is to be the Democratic nominee in 2016, they want her to embrace a more ambitious program that might be characterized as a “post-New Democrat” agenda. That is, the stuff her husband dodged when he was the president because these people-friendly propositions were too liberal.

This time, I have a hunch many of these proposals will become part of her program. Hillary Clinton will run on them, reactionary Republicans will denounce her as a big-government liberal and the media will say this Clinton is “running to the left” of the last Clinton. It sounds plausible. If Republicans cooperate by nominating a right-wing nut-bag for president, who knows, she might win.

But here’s the real problem: incremental changes may be worthy, but they have no possibility of curing what are the country’s deeper maladies (or the world’s). The US governing system is experiencing an end-of-era systemic breakdown. Pax America’s far-flung military adventures are mired in a bloody denouement. The onward-and-upward economy that sustained broad prosperity for so many years is over. The political system is dysfunctional.

People at large seem to know this. At least many people understand it better than the political elites who run things. The governing classes are in deep denial, still claiming that the right policy strokes can somehow bring back the good times (sort of) without disturbing the status quo and why it broke down.

The problem is that systemic breakdown is still a taboo subject in American politics. Nobody in the mainstream will talk about it, not just Hillary Clinton and possible GOP nominees for 2016 but both the Democratic and Republican parties as well as the deep ranks of powerful movers and shakers and billionaires who manipulate both politicians and government. When the authority figures and influence peddlers are clinging to the lost past, who will step up and speak for the future?

Gar Alperovitz, an historian and democracy advocate on the left, and Gus Speth, a pioneering environmental leader of long standing, are trying to create a new voice—actually many voices—for the future. Activists and thinkers will be drawn from both the academy and the grassroots where communities are dealing directly with the pain and loss people are experiencing in these new circumstances. The core objective is to encourage people to think anew about deeper structural change but also how to make themselves heard amid the dreary evasions of established power.

“The first thing we are trying to do is make it okay to talk about this subject,” Alperovitz explained to me. “Because otherwise people talk about projects and policies rather than asking if there’s a systemic crisis and how we can deal with a much larger situation. What would it take to imagine a next system when it is clear now that both corporate capitalism and state socialism are failures?”

The spirit of this venture is captured in the title of Naomi Klein’s new book, This Changes Everything: Capitalism vs. The Climate. Or in Gar Alperovitz’s new book What Then Must We Do? Straight Talk about the Next American Revolution. Or Gus Speth’s new book, America the Possible: Manifesto for a New Economy. I shamelessly mention (without blushing) my own effort published a decade ago, The Soul of Capitalism: Opening Paths to a Moral Economy.

“The project is not about my position or Gus’s position,” Gar said. “There has to be thoughtful, serious discussion and debate. It’s about letting a thousand flowers bloom.” The intellectual critiques are already plentiful on the left and are often conflicting or competing with one another. Normally, I am not much interested in “letterhead alliances” that collect scores of organizations to sign endorsements but in reality do not have much muscle. What makes me think this project might be different and might gain real traction is the generous, open-minded tone of the invitation.

The stated purpose is “a concerted effort to break through the national media silence and to radically shift the national dialogue about the future away from narrow debate about policies that do not alter any significant decaying trends, and toward awareness that what must be changed is the nature of the political system itself.

“We believe that it is now imperative to stimulate a broad national debate about how best to conceive possible alternative modes of a very different system capable of delivering genuine democracy and economic equality, individual liberty, ecological sustainability, a peaceful global foreign policy and a thoroughgoing culture of cooperative community based on non-violence and respect for differences of race, gender and sexual preference.”

People could build a political party around those ideals, though that’s not the idea. Nor can anything so substantial happen until people have developed concrete ways of reorganizing the political system called democracy and the economic system called capitalism. The free-wheeling invention has already started at the grassroots level where suffering and loss are greatest, Alperovitz pointed out, but the process is necessarily slow-moving.

This vision is for the long term, obviously, not for the next electoral season. But it is based on the shared conviction that the US and the world really have entered a new, uncharted era that demands great transformations. Our situation is a little like what happened in the years after the Crash of 1929, but our circumstances are different and more ambiguous, because this time the American system did not collapse totally. “The whole system is decayed,” Alperovitz said. “It’s not collapse like the 1930s. It’s decay. At the top, the systemic reality is stagnation, stalemate and decay.”

The prospects are daunting of course but also exciting, invigorating. The range of disorders suggests a wide field of opportunities for deep change, from worker ownership and self-management to an ecological economy that does not derive its so-called “growth” from destroying nature. Small-scale local economic life versus the suffocating monopolies that feed off government and concentrate wealth at the top. The basic virtues of public ownership, from public schools to public utilities, against the torrent of destructive privatizations engineered by the billionaires. The reinvention of social democracy—a country that learns again to defend life and individual freedom, family and community, against the lusts of rapacious capitalism.

The terrain is vast and largely unexplored in our time. It is the undiscovered future—the place we might choose to create for ourselves or if we get our values right. The covering essay for The Next System reads like an intriguing map of the possible. Gus and Gar are like dreamy explorers, beckoning people to come along and help chart this new territory—discover the better country that lies ahead.

Many Americans will turn away, of course, too wounded or too cynical to believe in this promise. It does sound impossible, given the oppressive confinements imposed on us by the power elites. But what other choice do we have? The present system promises to deliver more of the same, more stagnation, stalemate and decay. That is not going to change unless more of us decide we have to try to change it.