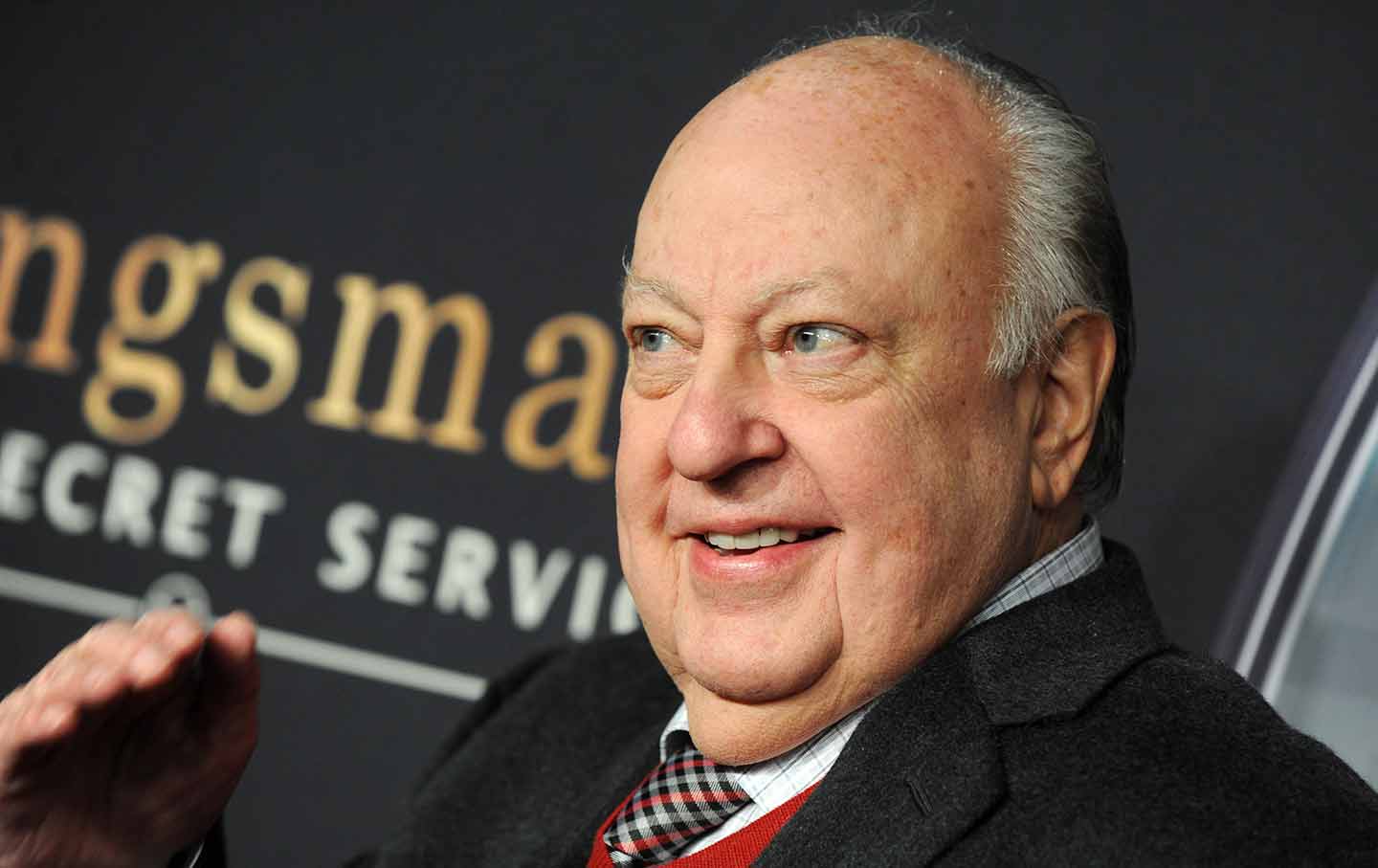 Awful presidents come and go, but the damage wrought by Roger Ailes may last forever. Can one think of a single individual who, in the past half-century of American history, has done more to degrade our democracy and debase our discourse?

By creating a propaganda channel under the guise of “fair and balanced” news, and then using it to undermine the very idea of truth—all in the service of racism and sexism—Ailes, with Rupert Murdoch’s backing, paved a path for a whole host of faux “journalists” and right-wing demagogues to do the same. Inside the headquarters of Fox News, he fostered a culture of sexual intimidation and racial animosity, one that was reflected on the air as well. Had Ailes not spent two decades tearing down the journalistic safeguards that were supposed to defend our country against just such demagoguery, it is impossible to imagine that a pathologically dishonest, egomaniacal, racist, sexually predatory huckster like Donald Trump could ever have been elected president of the United States. Indeed, well before he created Fox News—from the time Ailes left The Mike Douglas Show in 1968 to sell Richard Nixon the way Douglas sold mouthwash—Republican presidents have at least partly owed their election victories to Ailes. (“It’s a shame a man has to use gimmicks like this to get elected,” Nixon once lamented to his Mephistophelean manipulator.)

A pathologically dishonest, racist, sexually predatory huckster like Donald Trump could never have been elected without Ailes.

Though he ran an alleged news organization, Ailes continued to offer private instruction in the art of public deception for Republican politicians and even generals, frequently deploying the power of Fox as a bribe or cudgel. In The Loudest Voice in the Room, his biography of Ailes, Gabriel Sherman describes the Fox founder wooing Chris Christie in 2010, promising him the network’s support if he ran for president. Bob Woodward uncovered a conversation, preserved on audio, in which Ailes apparently dispatched K.T. McFarland, then of Fox and now of the National Security Council, to Kabul to ask David Petraeus if there was “anything Fox is doing, right or wrong, that you want to tell us to do differently.” McFarland then enjoined the general to “just chat with Roger” should he want to run for president. She even floated the idea that Ailes would resign to run the campaign and Murdoch would finance it.

But Ailes didn’t do it alone: He was empowered by everyone he worked with at Fox. Nobody who stayed there long enough to realize what was going on without quitting deserves to call himself or herself a “journalist.” Ailes certainly received his share of criticism in the wake of his comeuppance and recent death. But what about all the people who made excuses for him before the wave of sexual-harassment lawsuits and reports of secret payoffs turned him radioactive? What about the Fox executives, past and present, who enabled his sexual terrorism? What about the liars who did his bidding on the air? What about the so-called “mainstream media” members who adopted Ailes’s lies as truth and even defended Fox when others tried to expose it—and him?

Sure, Fox’s ratings are in the toilet now, but the rest of cable news looks like an army of Ailes’s monsters.

For instance, what of the writer Zev Chafets, whom Ailes pressed into service to pen a Soviet-style whitewash as part of his paranoid attempt to blunt the impact of Sherman’s honest accounting of his life and work? (Chafets somehow failed to mention that Ailes had been forced out of NBC for having called a fellow executive a “little fucking Jew prick.”) What about the former feminist Susan Estrich, who has recently made her living as Ailes’s attorney by attempting to undermine the character of the women whom Ailes sexually tormented at Fox? And what of those journalists who stepped in to defend Ailes and Fox when the Obama administration bravely tried to isolate the network’s quasi-reporters from their more professional colleagues? One hopes that Baltimore Sun critic David Zurawik now regrets his ass-backward assertion that he detected “echoes of Nixon-Agnew” in Obama’s actions for his alleged failure to respect “press freedom.” Surely, Jake Tapper today wishes that he never warned Obama’s then–press secretary, Robert Gibbs, that “it’s escaped none of our notice that the White House has decided in the last few weeks to declare one of our sister organizations ‘not a news organization’ and to tell the rest of us not to treat them like a news organization.” He may also regret his demand that Gibbs “explain why it’s appropriate for the White House to decide that a news organization is not one?” (How about, for starters, the repeated promotion by that news organization’s guests of the lie that Obama was born in Kenya?)

Ailes wasn’t merely evil, however, but also possibly insane. At his home in Garrison, New York, the author Leonora Burton reported in 2013, Ailes allegedly “ordered the removal of all trees around his house so that he…had a 360-degree view of any leftist assault teams preparing to rush the house.” He also bought up “as many surrounding houses as [he] could. Security cameras were installed throughout the property.” Sherman also reported that Ailes had stocked a bunker beneath his house with a six-month survivalist kit in the event of nuclear war. (Think about it: a world of nothing but rats and Roger Ailes…)

All the more alarming, then, that Ailes was the most powerful and influential person in American politics and media. Former NBC News president Neal Shapiro reflected after Ailes’s death that, whenever some piece of breaking news came up, “Other newsrooms always wondered: How will Fox play this?” Sure, Fox’s ratings are in the toilet now, but the rest of cable news looks like an army of Ailes’s monsters. CNN is constantly imitating Fox, while MSNBC is hiring away its “talent.” Even worse, the articles about politics that are shared on Facebook increasingly come from websites that have taken Ailes’s practices to their nonsensical extreme.

As a Jew, I have no particular beliefs about the existence of an afterlife in which we are called to account for our earthly sins. But in Roger Ailes’s case, I sure  am hoping.