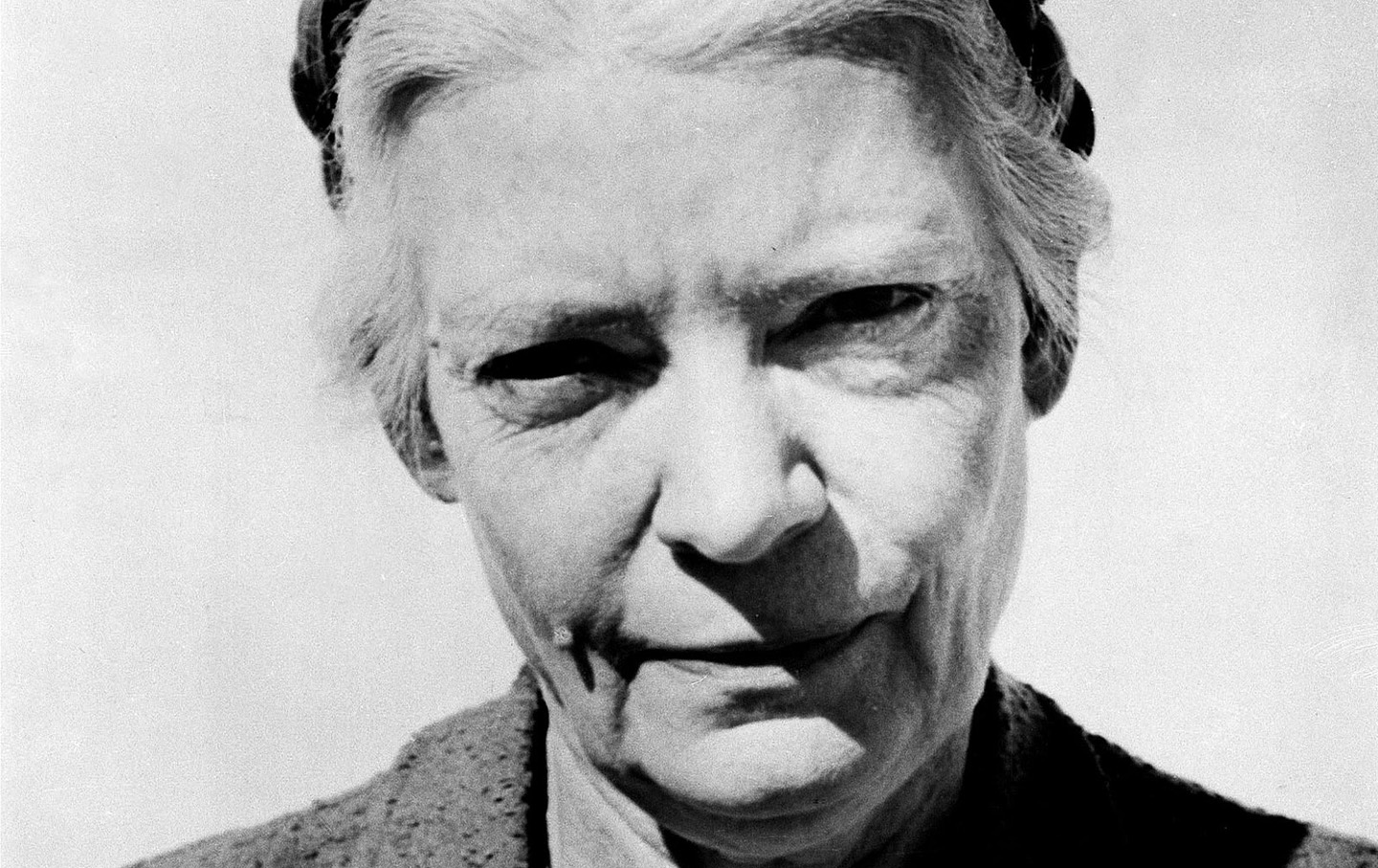 “We must talk about poverty, because people insulated by their own comfort lose sight of it,” preached the visionary militant Dorothy Day, who forged the Catholic Worker Movement against war, economic inequality, racial discrimination, the neglect of refugees and the mistreatment of immigrants.

When Pope Francis talked about Day before the Congress of the United States, in one of the most anticipated speeches by a religious leader in modern times, he signaled an understanding that it is necessary to move the debate about economic justice away from kind words and toward genuine deeds.

“In these times when social concerns are so important, I cannot fail to mention the Servant of God Dorothy Day, who founded the Catholic Worker Movement. Her social activism, her passion for justice and for the cause of the oppressed, were inspired by the Gospel, her faith, and the example of the saints,” the pope told the assembled members of the US House and Senate, the cabinet, and the Supreme Court.

“How much progress has been made in this area in so many parts of the world! How much has been done in these first years of the third millennium to raise people out of extreme poverty! I know that you share my conviction that much more still needs to be done, and that in times of crisis and economic hardship a spirit of global solidarity must not be lost. At the same time I would encourage you to keep in mind all those people around us who are trapped in a cycle of poverty. They too need to be given hope. The fight against poverty and hunger must be fought constantly and on many fronts, especially in its causes. I know that many Americans today, as in the past, are working to deal with this problem,” he continued. “It goes without saying that part of this great effort is the creation and distribution of wealth.”

That the pope has read Day’s writings on issues of wealth and poverty and moral duty was obvious from the tenor and tone of his remarks. He did not embrace the whole of Day’s vision in his speech, but his linking of her name and her mission to a discussion of the distribution of wealth was striking.

“I cannot fail to mention the Servant of God Dorothy Day, who founded the Catholic Worker Movement.” —Pope Francis

It was Day, who in her lifetime made common cause with American pacifists, socialists, trade unionists, and civil rights activists, who said that the mission of the Catholic Worker Movement (which she founded with Peter Maurin) was rooted in a faith that “something else is necessary, some other vision of society must be held up to be worked for” than an economic system that allowed for poverty amidst plenty.

“We believe in loving our brothers regardless of race, color or creed and we believe in showing this love by working for better conditions immediately and the ultimate owning by the workers of their means of production,” wrote Day in 1949.“We believe in an economy based on human needs rather than on the profit motive.”

It is not necessary to suggest that the pope’s views are precisely parallel to those of Dorothy Day on issues of wealth and poverty or war and peace. Nor is it necessary to portray Day as anything more or less than what she was; for instance, though she was radical when it came to economic arrangements, and pacifist when it came to questions of war and peace, she was like the pope an opponent of abortion rights and a defender of doctrines with which many thoughtful Americans will disagree. Nor is it necessary (or realistic) to presume that the majority of this Congress will recognize the pope’s message as fully as did Congressman Keith Ellison, when he observed, “His Holiness made it clear: when we prioritize people over profits and politics, America wins.”

It is sufficient that, as the pope discussed economic arrangements and the distribution of wealth, he established that his thinking has been informed by Day’s writings and her advocacy. That’s a bold and instructive statement. Even more bold and instructive is the fact that Pope Francis called upon Congress, and all Americans, to reflect on the teachings of an American Catholic who was hounded by the authorities and often kept at arm’s length by church leaders because of her economic and anti-war radicalism.

In so doing, the pope sent a powerful signal about the necessity of an ardent and aggressive economic-justice commitment by those who seek to serve the common good.

“I was especially impressed by the great American leaders he cited particularly Dorothy Day, the founder of the Catholic Worker Movement, a progressive newspaper and organization which protected the poor, organized workers and stood up to the wealthy and the powerful,” noted Vermont Senator Bernie Sanders. “In citing Dorothy Day, the pope gave us a wonderful example of the never-ending struggle for justice in our country and the world.”

“I am sure that God did not intend that there be so many poor.” —Dorothy Day

The Rev. James Martin, SJ, editor-at-large of the Jesuit journal America, observed that, “Rather than lecturing America, Pope Francis invited us to reflect on our own shared history.”

Dorothy Day is a part of that history: a New York–born convert to Catholicism who wrote for socialist newspapers and embraced the Industrial Workers of the World before steering her radical energies into the Catholic Worker Movement. With a speech that elevated Day to a circle that includes the Rev. Dr. Martin Luther King Jr., the pope has reminded America of something rarely mentioned by political and media elites: that this country has had, and still has, a religious left that rejects militarism and inequality. In so doing, he strengthens that religious left, within his own Catholic Church, and within the broader body politic.

With references to Day, to Dr. King, to the American Catholic writer and activist Thomas Merton, the pope has invited an understanding that the discussion of morality in our economic arrangements and global interventions must be broadened to recognize a plurality of voices—including the radical and prophetic voices of those who argue that “something else is necessary” to alleviate poverty.

The Catholic Worker Movement is still active, still carrying forward a radical mission begun more than 80 years ago. As Dorothy Day did during her 83 years, “Catholic Workers continue to protest injustice, war, racism, and violence of all forms.”

Pope Francis has suggested that we should recognize this movement and others like it, and that these voices should be a part of our discourse about economics and justice. These voices may not define the discourse. But if they inform it, as they did the pope’s speech to Congress, then it is possible that Americans might yet explore the prospect, as Dorothy Day did, that poverty amid plenty is choice that nations make—rather than an economic or social destiny that must be accepted. “I am sure that God did not intend that there be so many poor,” observed Dorothy Day. “The class structure is our making and our consent, not His.”