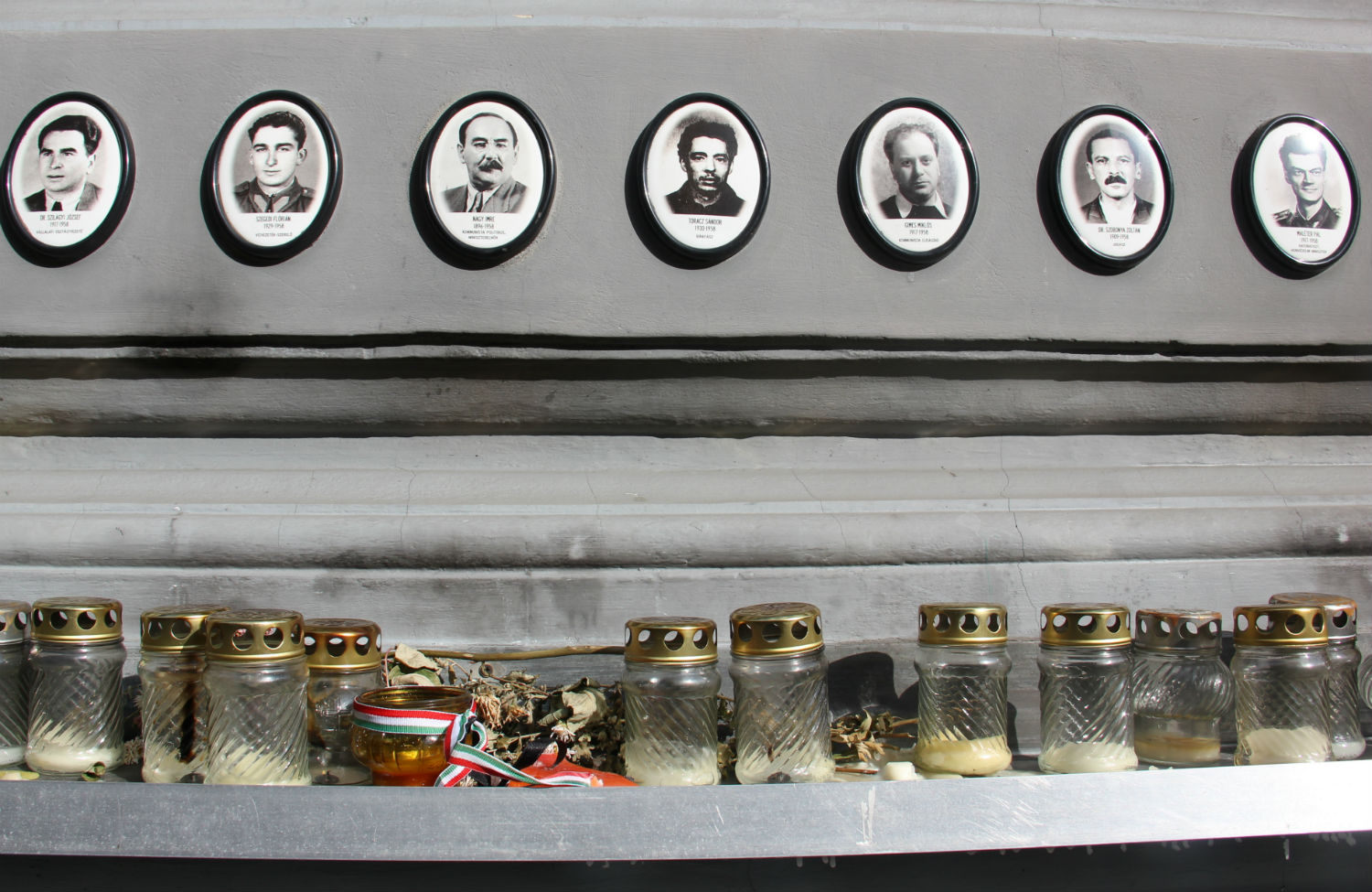 The exterior of the House of Terror, Budapest, Hungary (Wikimedia)

Memories are made of… what?

In Hungary today, the question is an urgent one, with institutions under the influence of the hardline right-wing Prime Minister Viktor Orbán acting assertively to inculcate a sentimental nationalism that whitewashes the messy history of the country since World War II. One of the most popular tourist attractions in Budapest today is the House of Terror, a multimedia museum founded in 2002, at the end of Orbán’s first premiership. The museum presents, in an impressionist mélange of video displays, artifacts and sound effects, a narrative experience that relates and conflates Hungary’s complicated relationships with Nazi Germany and the Soviet Union as ostensibly parallel cases of occupation by unwelcome oppressors. There is some truth to this Orbán-era take on history—Hitler did send tanks into Hungary in 1944 and ordered the deportation of a large portion of Hungary’s Jewish population. Yet, there is also revisionism, because the Hungarian Army had fought as an ally of the Third Reich for three years prior to that, and the Hungarian government shipped more than 300,000 Jews to the death camps with efficiency. The idea that throughout the war the Hungarians were the victims of Nazi machinations is risible. The proposition that the Hungarians’ subsequent subjugators, the Soviets, were precisely parallel to the Nazis does not bear close scrutiny, either

I took a tour of the House of Terror last week, while in Budapest for the dunaPart3 Hungarian Showcase of Contemporary Performing Arts. Of the many arts experiences I had in a week’s time—seeing plays, dance works, musical performances and panels on Hungarian arts—none struck me as so boldly imaginative as the House of Terror. As you enter, you’re greeted with the droning, pulsating sound of hard-core house music, and you see twin sets of video monitors, one showing montages of goose-stepping Nazis, the other showing Stalin inspecting the Red Army. In another space, two mannequins have been set up on a rotating platform, back to back—one in Nazi uniform, one in Red Army gear. The mannequins spin around to demonstrate that the Fascists and the Soviets were interchangeable, the same evil in different garb. At the end of the tour, the PA system plays a pretty, lilting old song in Hungarian, to leave departing visitors pining for the simple glories of the old heroic country that the Nazis and Soviets repressed and that, it goes without saying, Orbán is restoring today.

The song seemed awfully familiar to me, though I could not understand the words. (My late father was of Hungarian descent and spoke the language passably, but I never picked it up.) I asked a museum guard if he knew the name of the tune, and he told me it was a “great Hungarian folk song.”

On my way out of the museum, I stopped at the information desk and asked for more information about the tune. It’s called “Honvágy-dal,” I was told—“The Song of Homesickness,” in English translation—and it was sung on the museum’s recording by a beloved Hungarian singer of the postwar period, Ida Boros. It is the “folk anthem of Hungary,” the woman at the desk explained. “Every grandmother in Hungary teaches this song to her grandchildren.”

A little later that day, I found myself humming the tune, and then I started singing it, in English: “Your lips…and mine…two sips…of wine….” The song, as I knew it, was not a relic of Hungarian folk music, but an American pop tune called “Memories Are Made of This.” In fact, it was a big success—number one on the Billboard charts in 1956, on a record sung by Dean Martin. The song was the biggest hit of Martin’s career.

At first, I presumed it to be yet another of the many cases of folk materials from a distant culture being appropriated by the commercial American music industry. There’s “The Lion Sleeps Tonight,” which was based on a South African Zulu song originally called “Mbube,” or “Come on-a My House,” the Rosemary Clooney trifle that was derived from an Armenian folk tune by the unique songwriting team of Ross Bagdasarian (creator of Alvin and the Chipmunks) and his cousin, the Pulitzer Prize–winning playwright William Saroyan. I was startled to find that the opposite was the case this time. “The Song of Homesickness” was a Hungarian-language adaptation of the Dean Martin record.

The tune was originally written by Richard Dehr, Terry Gilkyson and Frank Miller, a trio of novelty country-pop tunesmiths who had previously written some ditties for Frankie Laine. In its Hungarian version, the song is more sentimental than romantic, a paean to a lost homeland, rather than missed lips:

Different moon
Different land
Different people
Oh, if only I could go home

Following the Hungarian revolution, underground radio stations in Hungary took to playing the Ida Boros version after announcing the names of Hungarian natives known to have escaped the country. A family of my own cousins found their way out of Hungary in this period, and their names may well have been included in one of those broadcasts. Still, it’s not the melancholy parlando of Ida Boros but the smarmy warbling of Dean Martin that makes me sentimental. One of the songs my own grandmother used to sing to me was “Memories Are Made of This.”

From the entrance to the House of Terror to the exit, from the myth of “The Song of Homesickness” to its real story, one thing is clear about memories: however they’re ingrained, they must first be made.