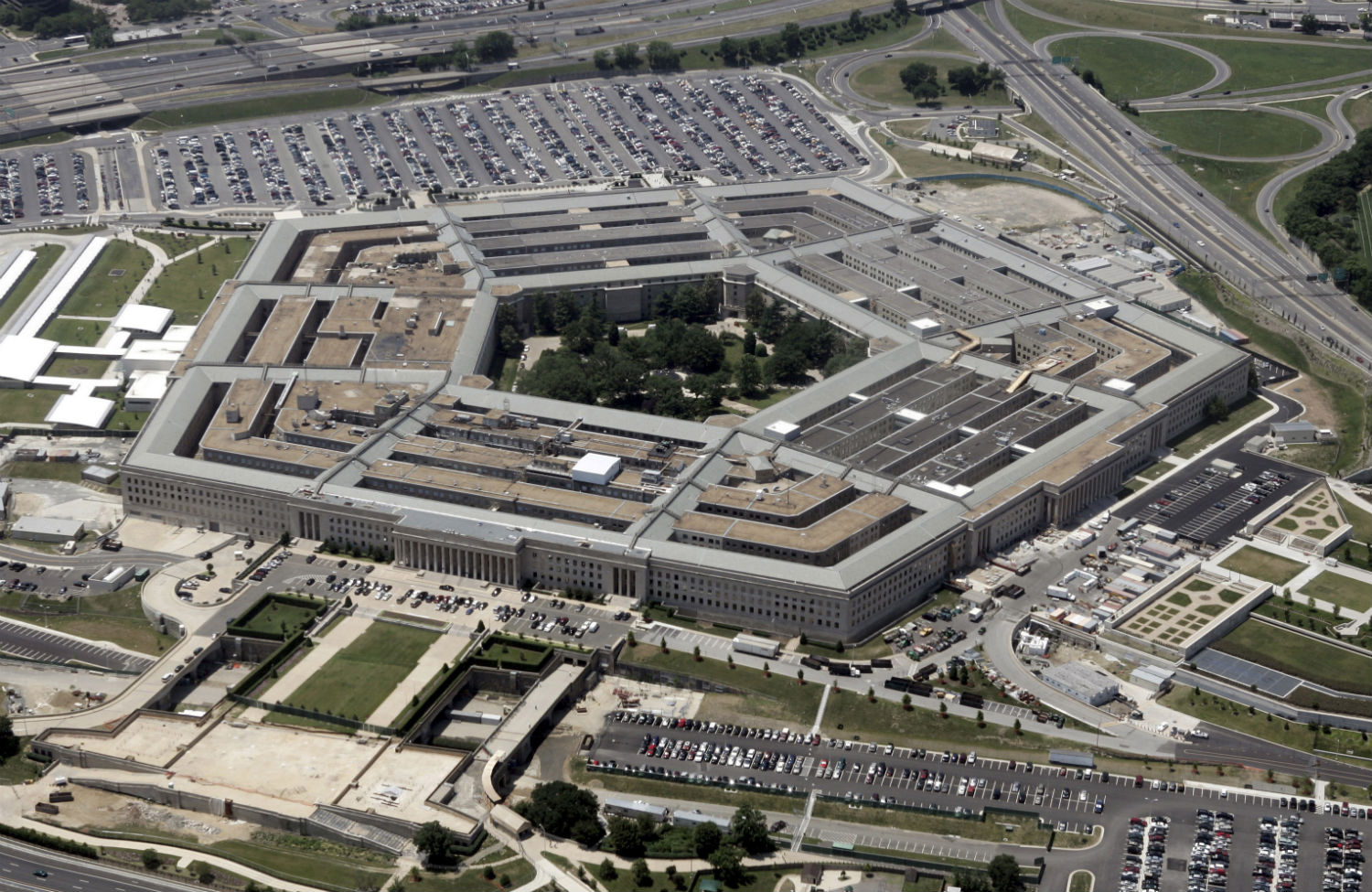 An aerial view of the Pentagon building in Washington, DC. (Reuters / Jason Reed)

Washington is pushing the panic button, claiming austerity is hollowing out our armed forces and our national security is at risk. That was the message Secretary of Defense Chuck Hagel delivered last week when he announced that the Army would shrink to levels not seen since before World War II. Headlinesabout this crisis followed in papers like The New York Times and members of Congress issued statements swearing that they would never allow our security to be held hostage to the budget-cutting process.

Yet a careful look at budget figures for the US military—a bureaucratic juggernaut accounting for 57 percent of the federal discretionary budget and nearly 40 percent of all military spending on this planet—shows that such claims have been largely fictional. Despite cries of doom since the across-the-board cuts known as sequestration surfaced in Washington in 2011, the Pentagon has seen few actual reductions, and there is no indication that will change any time soon.

This piece of potentially explosive news has, however, gone missing in action—and the “news” that replaced it could prove to be one of the great bait-and-switch stories of our time.

The Pentagon Cries Wolf: Round One

As sequestration first approached, the Pentagon issued deafening cries of despair. Looming cuts would “inflict lasting damage on our national defense and hurt the very men and women who protect this country,” said Secretary Hagel in December 2012.

Sequestration went into effect in March 2013 and was slated to slice $54.6 billion from the Pentagon’s $550 billion larger-than-the-economy-of-Sweden budget. But Congress didn’t have the stomach for it, so lawmakers knocked the cuts down to $37 billion. (Domestic programs like Head Start and cancer research received no such special dispensation.)

By law, the cuts were to be applied across the board. But that, too, didn’t go as planned. The Pentagon was able to do something hardly recognizable as a cut at all. Having the luxury of unspent funds from previous budgets—known obscurely as “prior year unobligated balances”—officials reallocated some of the cuts to those funds instead.

In the end, the Pentagon shaved about 5.7 percent, or $31 billion, from its 2013 budget. And just how painful did that turn out to be? Frank Kendall, who serves as the Undersecretary of Defense for Acquisition, Technology, and Logistics, has acknowledged that the Pentagon “cried wolf.” Those cuts caused no substantial damage, he admitted.

And that’s not where the story ends—it’s where it begins.

Sequestration and the Phony Budget War: Round Two

A $54.6 billion slice was supposed to come out of the Pentagon budget in 2014. If that had actually happened, it would have amounted to around 10 percent of its budget. But after the hubbub over the supposedly devastating cuts of 2013, lawmakers set about softening the blow.

And this time they did a much better job.

In December 2013, a budget deal was brokered by Republican Congressman Paul Ryan and Democratic Senator Patty Murray. In it they agreed to reduce sequestration. Cuts for the Pentagon soon shrank to $34 billion for 2014.

And that was just a start.

All the cuts discussed so far pertain to what’s called the Pentagon’s “base” budget—its regular peacetime budget. That, however, doesn’t represent all of its funding. It gets a whole different budget for making war, and for the thirteenth year, the US is making war in Afghanistan. For that part of the budget, which falls into the Washington category of “Overseas Contingency Operations” (OCO), the Pentagon is getting an additional $85 billion in 2014.

And this is where something funny happens.

That war funding isn’t subject to caps or cuts or any restrictions at all. So imagine for a moment that you’re an official at the Pentagon—or the White House—and you’re committed to sparing the military from downsizing. Your budget has two parts: one that’s subject to caps and cuts, and one that isn’t. What do you do? When you hit a ceiling in the former, you stuff extra cash into the latter.

It takes a fine-toothed comb to discover how this is done. Todd Harrison, senior fellow for defense studies at the Center for Strategic and Budgetary Assessments, found that the Pentagon was stashing an estimated extra $20 billion worth of non-war funding in the “operation and maintenance” accounts of its proposed 2014 war budget. And since all federal agencies work in concert with the White House to craft their budget proposals, it’s safe to say that the Obama administration was in on the game.

Add the December budget deal to this $20 billion switcheroo and the sequester cuts for 2014 were now down to $14 billion, hardly a devastating sum given the roughly $550 billion in previously projected funding.

And the story’s still not over.

When it was time to write the Pentagon budget into law, appropriators in Congress wanted in on the fun. As Winslow Wheeler of the Project on Government Oversight discovered, lawmakers added a $10.8 billion slush fund to the war budget.

All told, that leaves $3.4 billion—a cut of less than 1 percent from Pentagon funding this year. It’s hard to imagine that anyone in the sprawling bureaucracy of the Defense Department will even notice. Nonetheless, last week Secretary Hagel insisted that “[s]equestration requires cuts so deep, so abrupt, so quickly that…the only way to implement [them] is to sharply reduce spending on our readiness and modernization, which would almost certainly result in a hollow force.”

Yet this less than 1 percent cut comes from a budget that, at last count, was the size of the next ten largest military budgets on the planet combined. If you can find a threat to our national security in this story, your sleuthing powers are greater than mine. Meanwhile, in the non-military part of the budget, sequestration has brought cuts that actually matter to everything from public education to the justice system.

Cashing in on the “Cuts:” Round Three and Beyond

After two years of uproar over mostly phantom cuts, 2015 isn’t likely to bring austerity to the Pentagon either. Last December’s budget deal already reduced the cuts projected for 2015, and President Obama is now asking for something he’s calling the “Opportunity, Growth, and Security Initiative.” It would deliver an extra $26 billion to the Pentagon next year. And that still leaves the war budget for officials to use as a cash cow.

And the president is proposing significant growth in military spending further down the road. In his 2015 budget plan, he’s asking Congress to approve an additional $115 billion in extra Pentagon funds for the years 2016-2019.

My guess is he’ll claim that our national security requires it after the years of austerity.