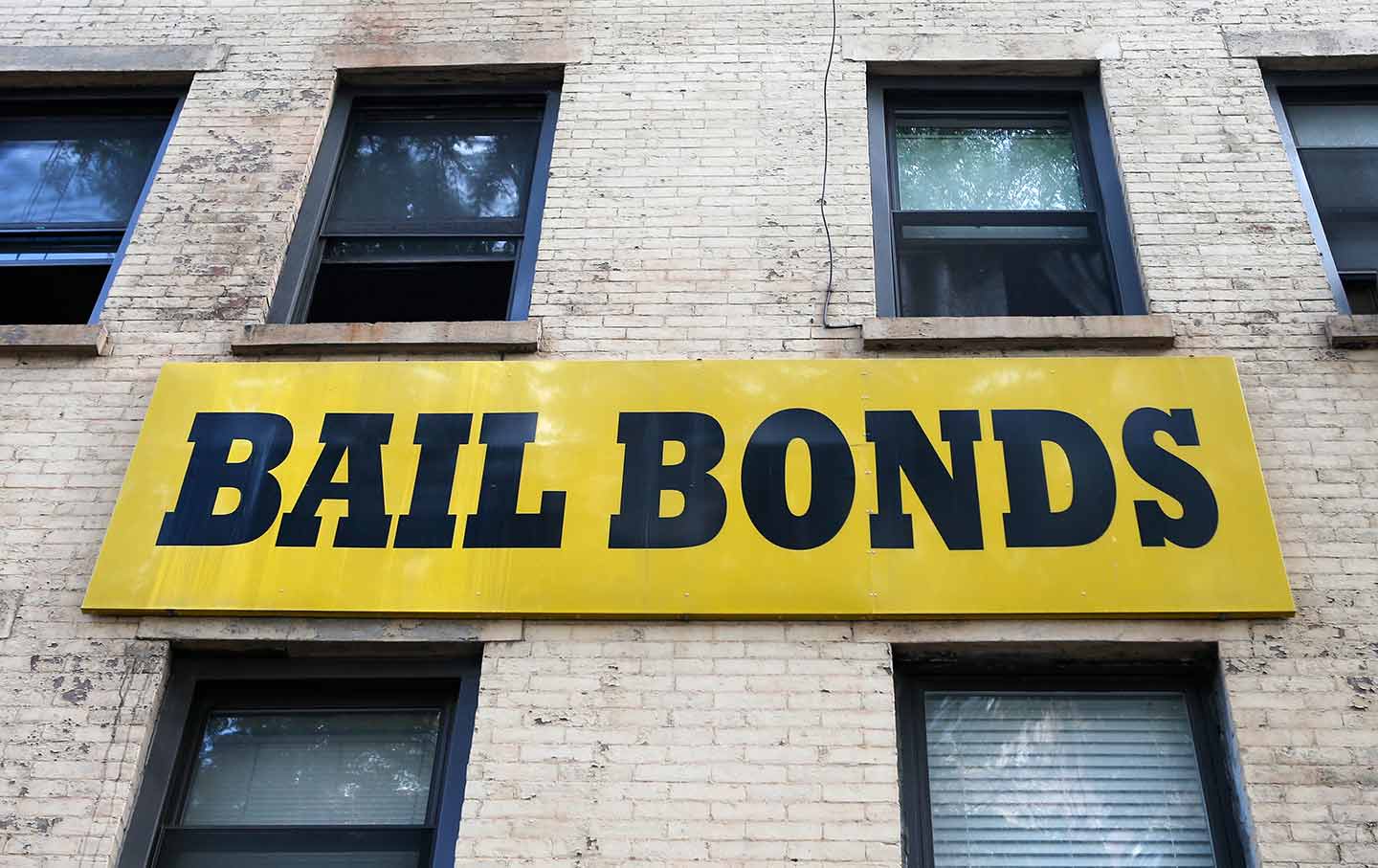 How much did you pay to be free today? Every day, innocent people are held for ransom in a system that’s become a profitable sector of the financial industry: bail. New research by the ACLU and Color of Change reveals just how damaging to communities this marketplace for hostages of the criminal-justice system has become.

Two years ago, the social upheaval of Ferguson exposed how in many cities and towns, law enforcement uses predatory fines and fees to criminalize people to extract revenue. The bail-bond industry links the criminal process even more tightly to the financial industry, directly exploiting families by ensnaring them in an increasingly privatized criminal-justice apparatus. The commercial bond market—one of the world’s only for-profit bail systems—has grown over time into an industry that trades in $14 billion worth of desperation each year.

“It’s extractive, it is harmful, and it is not helping in creating a more safe and just community,” says Rashad Robinson, executive director of Color of Change. Without structural reforms to restrict the use of bail by police and courts, he says, under current policies “you are better off being guilty and rich than innocent and poor in this country.”

After an arrest, commercial bail-bond agencies track people into multiple layers of coercion—they’re first locked up while awaiting trial, then face a bail bondsman who essentially determines their pretrial incarceration terms. In contrast to a court hearing, with some guarantee of transparent due process, according to American Bar Association, bail agents are empowered to set fees and collateral requirements, determine the rules for bond, or even whether to offer bail at all, “in secret, without any record of the reasons for these decisions.”

When justice is blind to everything but profit, actual guilt has no bearing on your sentence. Especially in black and brown communities where police regularly use stop-and-frisk tactics to impose “law and order,” a bout in jail for pot smoking might, for example, push parents into short-term loans with usurious interest rates, which continue profiting from families long after release by forcing them to pay out monthly installments. This mortgaging on liberty can deeply disrupt a young person’s education and future job prospects. Across neighborhoods deeply afflicted by mass incarceration, bail costs often destabilize families and lead to eviction or long-term financial crisis.

Typical bail rates, ranging from $50 to $350 nationwide, could bankrupt many poorer families. But the true collateral costs of bail for communities is immeasurable. One recent case study in San Joaquin Valley found that in a five-month period “nearly 200 people…paid for-profit bail companies to be freed from jail where no case was even filed and the charges were dropped. For-profit bail companies would likely have charged these families around $400,000 to post the bonds.” A five-year study in Maryland found that bail payments to for-profit bond agencies added up to more than $250 million. Payments disproportionately hurt the “poorest communities and [are] overwhelmingly paid by Black people.” The system that locks up people also drives the segregation of their neighborhoods and robs them of resources people need to heal from the trauma of imprisonment.

For Cedric Smith, profiled by Seattle Weekly, a low-level assault charge ended up getting him thrown in jail on a $10,000 bond. He refused to plead, the bail-bond agency refused his bid to pay $1,000 due to lack of collateral, and by the time the charges were dismissed, Smith was jobless.

The report underscores the bail system’s untold public health cost: “jail exposes people to danger and trauma, the risk of violence and disease, and exacerbates mental illness, addiction or other medical conditions.” The high-profile death of Sandra Bland in a Texas jail cell occurred shortly after a judge imposed a prohibitively costly bond for a traffic violation. In such a violently oppressive environment, jail suicides are almost routine. In Harris County, Texas, for instance, “fifty-five people died behind bars without being convicted of a crime between 2009 and 2015.”

For those who can’t afford or are unwilling to pay (or perhaps refuse to falsely plead guilt in order to win early release), taxpayers pick up the tab for the fiscal cost of public and private jail facilities warehousing 430,000 people per day who’ve typically never had their day in court.

Even those who make bail are subjected to a state of milder bondage through surveillance, forced to submit to “searches without a warrant, vehicle tracking, physical and digital surveillance, and sweeping access to personal information for both the released person and their friends or family who co-sign as indemnitors. Surveillance costs are typically passed on to contracted individuals and families.”

The profits created through the US bail-bond industry are dwarfed by those garnered by the global oligarchy of some 30 insurance mega-companies that underwrite it—private equity and public firms with revenues ranging up to $40 billion a year, which, according to the report, is channeled through regulatory loopholes to various offshore tax havens.

Due to the onerous conditions imposed on bail debtors, these companies profit even more than other types of insurers because of the relatively low risk of nonpayment.

On the street level, the neon-lit storefront bail-bond agencies that dot poor neighborhoods operate in a similar way to pawn shops and payday lenders, except that bail-bond agencies trade no material items or cash but basic access to justice. Families are harassed and terrorized not only by the threat of criminalization and incarceration but by debt collectors who use the weight of the state and of private debt to inflict collective punishment.

Like the privatization of jails by publicly unaccountable corporations, the cycle of bail feeds both mass incarceration and social deprivation.

One basic reform would be simply drastically reducing or eliminating bail. If courts released people who are not deemed any real safety threat, communities would be safer and freer, as would our legal institutions.

“People being able to keep their life going, take care of their children, keep their job while they are awaiting trial has all sorts of benefits for their ability to be able to live a life of opportunity,” Robinson says. But today, “The system we have in this country…has led us to a place where we are the world’s leader in incarceration and not the world’s leader in safety.”