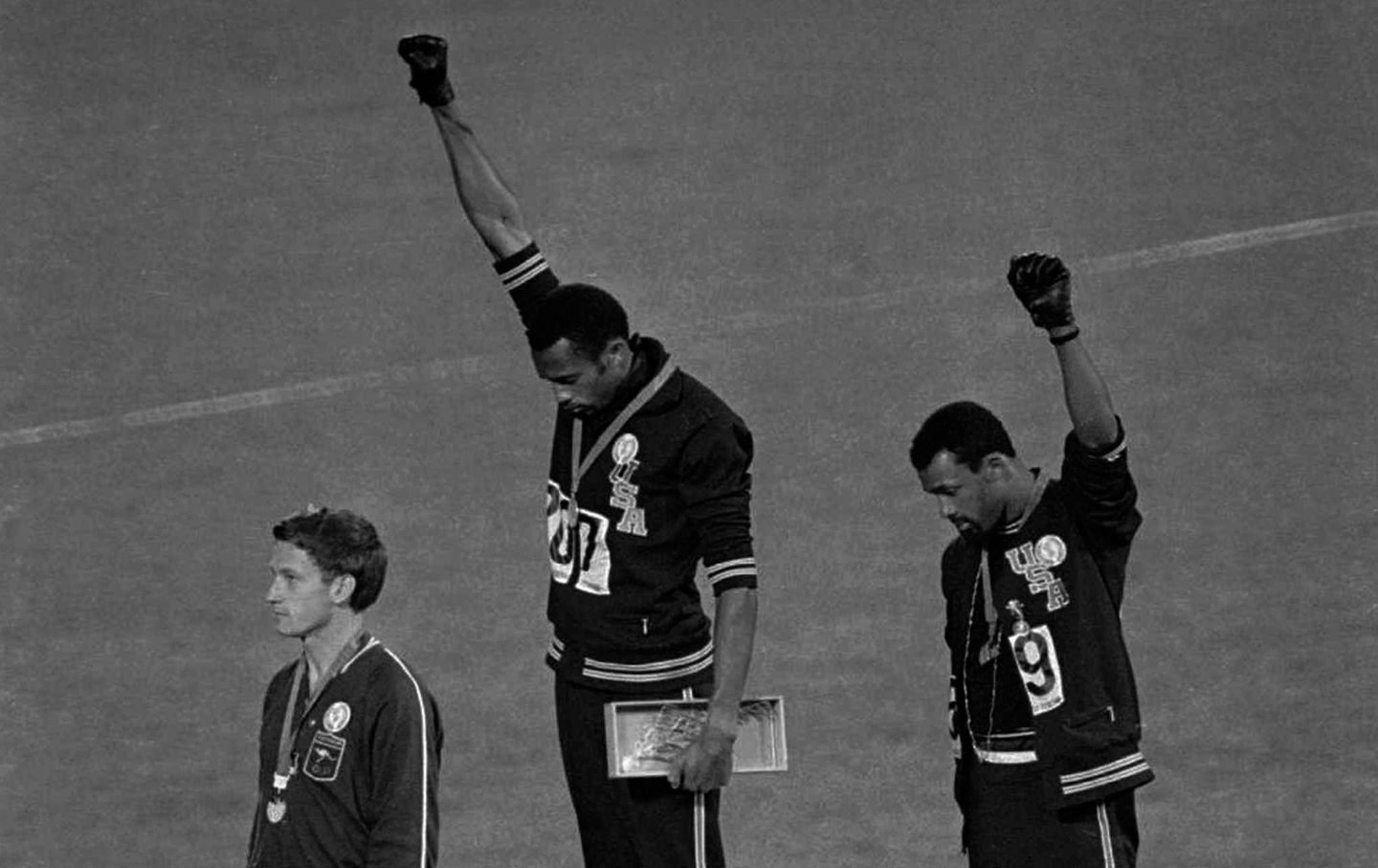 Olympic athletes competing in Tokyo have been put on notice. They are there to be seen and not heard. A new list of restrictions against political speech or gestures was released on Thursday by the International Olympic Committee (IOC). The move is as arrogant as it is censorious. Any athlete who may have planned to take a knee like Colin Kaepernick, or raise their fist like John Carlos or Tommie Smith in 1968, will have to think again. Make a gesture of solidarity with your oppressed brethren in your home country as 2016 Olympian Feyisa Lilesa did and you could find yourself ostracized.

The actual punishments for political speech are opaque but threatening, the IOC saying that such will be determined on a “case by case basis.” In the official statement, Olympic organizers write:

The unique nature of the Olympic Games enables athletes from all over the world to come together in peace and harmony. We believe that the example we set by competing with the world’s best while living in harmony in the Olympic Village is a uniquely positive message to send to an increasingly divided world.

This is why it is important, on both a personal and a global level, that we keep the venues, the Olympic Village and the podium neutral and free from any form of political, religious or ethnic demonstrations.

There is something particularly ironic about the fact that the US Olympic and Paralympic Committee (USOPC) just admitted John Carlos and Tommie Smith into its Hall of Fame last November, 51 years after they raised their fists on the medal stand in 1968. The ceremony was meant to be a celebration of reconciliation and a tacit acknowledgment by the USOPC that it was wrong to ostracize the two runners. This new ruling sends a hell of a message that the “Olympic movement” wants to absorb the protest into the past and criminalize it for the present and future.

I spoke to John Carlos on the phone and, as one might expect, he was livid. Here’s what he told me:

This is nonsense. They’re way out of line with this. They’re trying to take people’s rights away and it’s ridiculous. They are saying that they don’t want politics at the Olympics but this is a political move. The silencing of people is political. We all love the Olympics but I’m not sacrificing my humanity to win a medal. Every time they go to different nation for a different Olympics, are you going to tell me that the choice of the country isn’t politically motivated? I ain’t buying that. The athlete should be able to make a statement on that medal stand. They are not disrespecting a flag. They are using their time to do what they think is right. They are trying to save lives. No one has the right to take away what’s inside you or silence what you want to say.

I asked Carlos how he squares being inducted into the USOPC Hall of Fame and then given this anti-political crackdown. He said:

It shows that if you stand with it, you’ll be accepted in time. But people have to have the courage to step up. I’ve done mine. I’ve been stepping up and living by the truth of that gesture for 51 years. It’s time for that next generation to step up and show their moral character…If you think all is fine, and you go to the Olympic Games with your mouth zipped, you’ll find you’ll regret it.

The brazen contradiction is of course that the Olympics are already political from top to bottom. They are political in the host country, where the head of state makes the argument that the Olympics will benefit the country economically. Government leaders also inevitably argue for national unity in support of the games, no matter how much debt is accrued, how much militarization is demanded, and how many people are displaced. The games are are political for the sponsors who use the Olympics to hawk their products, in a process one could call “sin washing.” Sponsors like McDonald’s—which pushes the utter opposite of an Olympic diet—sell their wares and benefit from the warm glow emitted by the Olympics. The games are political for the environment, which suffers a gigantic global footprint during the course of the Games. And in this era of political athletes, there is of course something political about an edict that aims to shut them down.

I reached out to Jules Boykoff, author of four books on the Olympics, including the forthcoming NOlympians: Inside the Fight Against Capitalist Mega-Sports in Los Angeles, Tokyo, and Beyond. He said:

The IOC’s edict, as laundered through its Athletes Commission, brims with hypocrisy. Athlete activism emerges from overlapping systems of injustice. To deny athletes the right to express their thoughts and feelings on the political injustices that wrack the world today reeks of authoritarianism, which is political in itself. This policy is a slap in the face to the exciting zeitgeist of smart, savvy athletes who are not willing to check their brains in at the Olympic door.

One thing is certain. As long as athletes are willing to confront their fear and risk punishment to speak their truth, this issue is going nowhere.