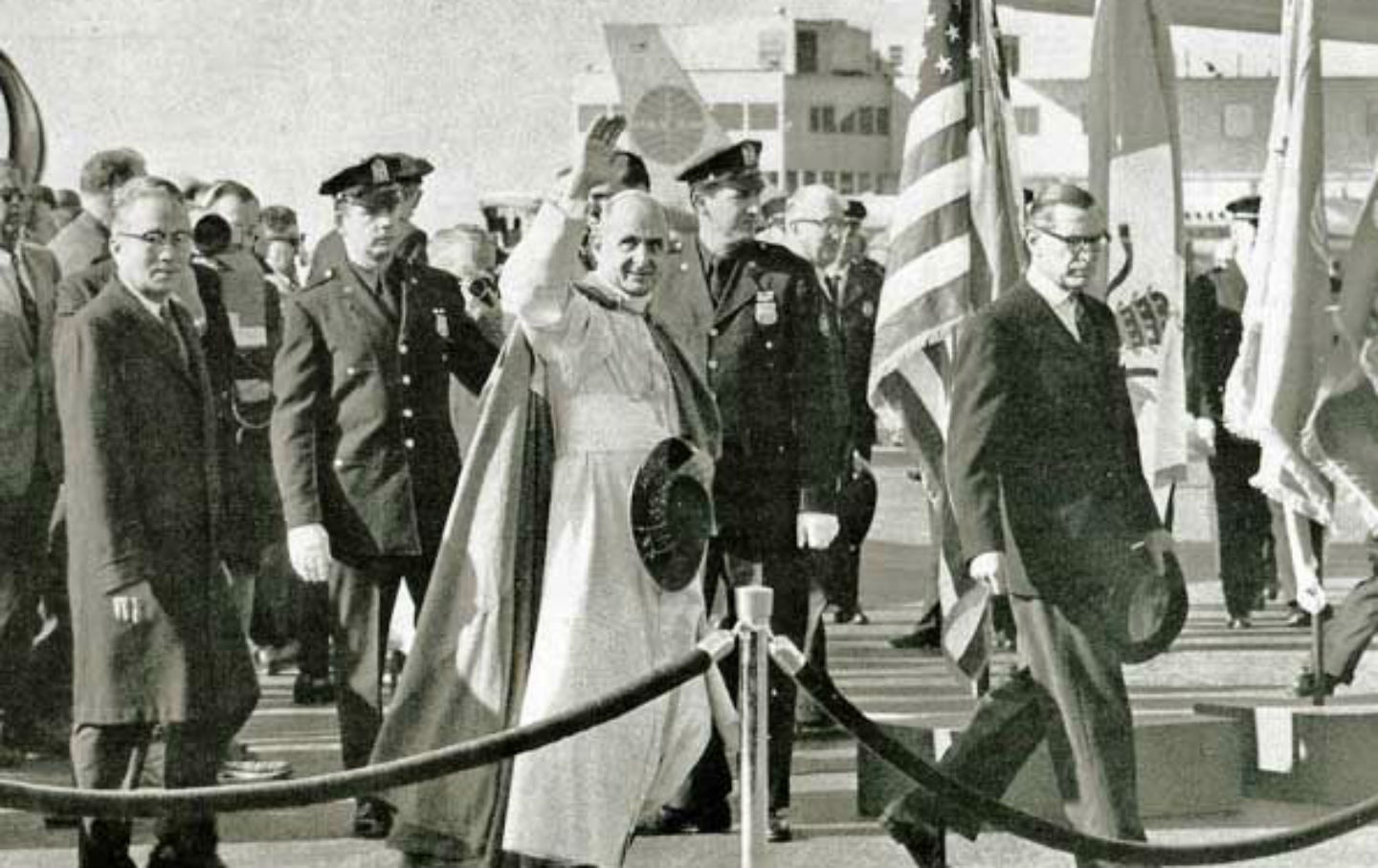 Pope Paul VI landing in America in 1965. (US State Department)

Last month Pope Francis became the fourth pope to visit the Americas. The first arrived 50 years ago today, when Pope Paul VI arrived in New York, where he attended a session of the United Nations and convened a mass at Yankee Stadium. His visit came amid President Lyndon Johnson’s escalation of American military involvement in Vietnam, and The Nation used the occasion—especially the pope’s evident antipathy for the war—to press Johnson to stop sending more troops. Johnson underwent surgery to remove his gall bladder a few weeks later.

Paul VI’s message was unmistakable, and more specific than could have been anticipated. Obliquely, he touched on the desirability of China’s admission to the UN; on the flight west, asked by Barrett McGurn of the New York Herald Tribune if he would be willing to include Peking in his travels, he answered, “Certainly.” Catholic support for a settlement in Vietnam was implied. The speech gave unstinting praise to the UN, and Catholic nationalists will be hard pressed henceforth to make common cause with Protestant extremists in attacking the world organization….

As this is written, the President is about to undergo surgery. Together with all Americans, The Nation wishes him a speedy recovery. The Nation wishes also that Mr. Johnson might use this enforced vacation from daily responsibilities to weigh the stature and the possibilities of Pope Paul’s “appeal to the moral conscience of man.”