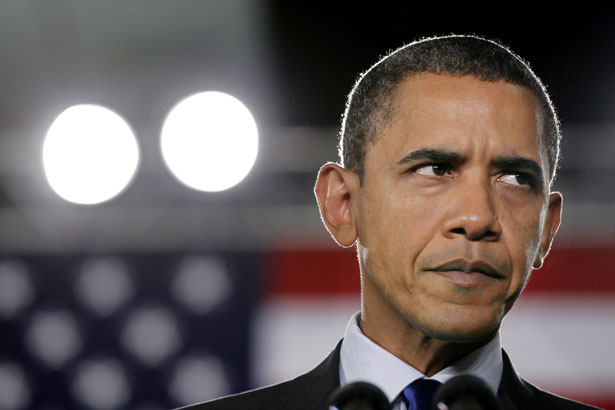 Do not be misled by White House double-talk: the United States is embarking on another Long War in the Middle East. This one will belong to Barack Obama, and it may extend beyond his presidency. Secretary of State John Kerry said as much. “It may take a year. It may take two years. It may take three years. But we’re determined it has to happen,” Kerry vowed.

Actually, it may take ten years, or longer. Americans have heard this bold, brave talk before. It has led to costly failure for our country and horrendous losses for humanity. The United States went to war in Afghanistan in 2001 and finally intends to withdraw in 2016—making it the longest war in US history. The Taliban, though, are almost as strong as ever, merely waiting for US troops to leave. Washington launched its unprovoked war of aggression against Iraq in 2003, conquered the country and installed a new government, but troops were not withdrawn until the end of 2011. Now Iraq’s civil war has reignited, only on a much broader front that includes the devastating civil war next door in Syria. Fight we must, Obama says. It’s as if we’ve learned nothing from our post-9/11 failures.

If Americans step back from bitter recriminations, they may be able to recognize an impossible pattern, in which we are caught in a trap of our own making. When the Cold War ended a quarter-century ago, US presidents and policy-makers embraced the role of indispensable Goliath: America would use its overwhelming military supremacy to maintain world order. Americans like to see themselves as good guys, but lots of other people do not share that view. To many, the United States looks like an arrogant bully, a last bastion of colonialism. Furthermore, America’s claim of injured innocence has been deeply damaged by its war-fighting tactics, most obviously in its torture of prisoners.

The failure of US interventions is practical, however, as much as it is moral. Because our armed forces can bomb the bejesus out of anyone on the planet, our strategists have encouraged the false notion that US air power can fight and win wars in which the enemy does all the dying. But guerrilla forces and terrorists have understood for decades that they can destabilize Goliath with steady shocks and surprises (roadside bombs, irregular fighting forces). The greatest shock of all was 9/11, which sowed deep fright in the United States and still has governing elites confused and off-balance.

We have all the best weapons, but the jihadists know we can defeat them on the battlefield and still lose the war. They just have to keep bleeding the United States until it grows weary of the fight and wants out. One alternative for the superpower is to impose industrial-strength devastation upon the weaker opponent. That’s what we attempted in Vietnam, but our massive firepower did not deliver “peace with honor,” as Richard Nixon promised. It yielded only international outrage, millions of dead Vietnamese—and American defeat.

President Obama’s vague assurances are doubtless sincere, but he has left a lot of open space to revise and reinterpret his intentions. If everything does not go well in Iraq, Obama will be pressured to escalate. War enthusiasts in the reserve army of pundits are already clamoring for him to do so. White House sources are already assuring reporters that Islamic State targets in Syria will be bombed. What happens if they don’t fold? The president will be pressed to send more troops—if not in regular uniforms, then as Special Forces, who will use clandestine methods.

The beheading of US reporters by Islamic State fanatics was disgusting, of course, but perhaps not irrational. Jihadists scored a great propaganda victory on 9/11, which led to the past decade’s misguided wars. The recent beheadings seemed choreographed to produce comparable hysteria in the American psyche, luring Washington into endless, unwinnable conflicts. Once again, the American people are inflamed by events and ready to follow the prez into the big muddy. Don’t be misled: the people will change their minds once they grasp that this means eternal borderless war.

Our predicament is substantially obscured by the frightening enthusiasm for war among leading pundits. As Stephen F. Cohen has observed about the Ukraine–Russia crisis, the US media are simply not telling the truth about the failure of our post–Cold War policy. They demonize the opponent and never acknowledge the rational alternatives that exist. But how would we know this, if no one in authority will discuss it? America needs an antiwar movement of truth tellers to confront and shame the propagandists.

Like it or not, the fashionable idea of a unipolar world directed by Washington is headed for the trash can, where it belongs. The new era will require extremely difficult adjustments among nations, along with a strong dose of humility for the United States. This need not be a tragedy—and it could be liberating, even for Americans. If we abandon costly and destructive military adventures, the American idea of democracy will have a better chance to blossom, at home and abroad. But if this alternative path is ignored (and I fear it will be, at least at first), our future is going to be a lot rougher. We are in danger of becoming deranged by our own militarism.

View Next: Katrina vanden Heuvel on CNN, explaining that the Islamic State poses a limited threat to the United States