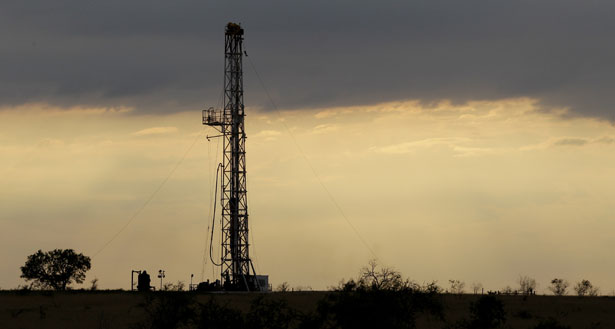 Not for the first time, the Obama administration is offering doublespeak when it comes to energy and the environment. On Sunday the White House announced its intention to designate more than 12 million acres in the Arctic National Wildlife Refuge as Wilderness, which would put the area permanently off limits to oil and gas drilling. “Obama’s Arctic Power Grab,” is how Politico described the move, framing it as a sign of “Obama’s shift to the left on environmental issues.” Oil executives and Alaskan politicians responded with apocryphal statements. Republican Senator Lisa Murkowski, who chairs the Energy and Natural Resources Committee, went so far as to claim that Obama had “effectively declared war on Alaska.”

Two days later the administration unveiled a five-year plan that would open up a vast new stretch of ocean off the coast of Virginia, the Carolinas and Georgia to oil and gas drilling, and sell new leases for drilling in the Arctic. More than 3 billion barrels of oil await the drilling rigs on the outer continental shelf of the Atlantic, according to estimates from the early 1980s. The New York Times reports that the reserves could be even greater. “This is a balanced proposal that would make available nearly 80 percent of the undiscovered technically recoverable resources, while protecting areas that are simply too special to develop,” Interior Secretary Sally Jewell said in a statement.

Let’s hear that again: the Obama administration proposes to open up nearly 80 percent of the nation’s untapped offshore oil and gas reserves by 2022. The sick irony of that figure is that 80 percent also happens to be the proportion of proven fossil-fuel reserves that must stay in the ground in order to avoid the extremely unpleasant effects of more than 2 degrees Celsius of global warming.

The drilling plan exemplifies Obama’s incoherent policy-making in regards to the climate crisis. Less than week ago in the State of the Union address, he reaffirmed that “no challenge—no challenge—poses a greater threat to future generations than climate change.” His administration has made some real steps to confront that challenge—dedicating $80 billion for renewable energy in the 2009 stimulus package, raising fuel efficiency standards and directing the Environmental Protection Agency to put limits on greenhouse gas emissions from power plants, to name a few.

But when it comes to energy, Obama’s “all of the above” strategy is in direct conflict with his climate agenda. It’s fairly obvious now that a proportional response to the climate crisis requires the United States and other countries to walk away from most of their fossil-fuel reserves—and, as a corollary, requires America to figure out an economic alternative to the petrostate. As Mark Hertsgaard reported for Harper’s last summer, even Obama’s own aides struggle to explain how the president’s enthusiasm for the North American oil boom aligns with the target of keeping warming below 2 degrees Celsius. Obama is on track to be someone “who couldn’t break through contemporary politics to the place we need to go,” White House adviser John Podesta told Hertsgaard. So little of the carbon budget remains to burn that Jewell’s talk of “a balanced proposal” to free up vast new stores of fossil fuel is both ridiculous and tragic.

“Absolutely unacceptable,” is how New Jersey Senator Cory Booker described the plan at a press conference on Tuesday. “Scientists are clearly telling us we need to leave more than 50 percent of the already known fossil fuel reserves in the ground,” he continued. “To purse this strategy…flies in the face of the urgent need for us to have a more comprehensive vision for an energy policy that will make sure we don’t cross that line.” Fellow Democratic Senators Ed Markey, Robert Menendez, and Ben Cardin also blasted the plan, noting the risk to their states’ coastlines from a drilling blowout like the 2010 Deepwater Horizon disaster and saying they would push to limit the proposal during the sixty-day comment period.

Much of the media have gotten the story backwards, focusing on the areas the Obama administration has declined to open to drilling rather than what it is offering up. Even though the plan would expand drilling not only in the Atlantic and Arctic but also in the Gulf of Mexico, the oil industry is still griping about a lack of “horizons.” There has been plenty of grumbling about the administration’s decision to protect 9.8 million acres in the Beaufort and Chukchi Seas off the Alaskan coast from drilling, for example. Nevertheless, according to Jewell, the proposal for the Arctic leases makes 90 percent of undiscovered technically recoverable resources in the two seas available.

“Any area put off-limits, to them, is a travesty,” said Michael Jasny, director of marine mammal protection at the Natural Resources Defense Council, about the response from the energy industry. “But the vast majority of the American Arctic, the Beaufort and Chukchi Seas are on the table for leasing under this plan, and the majority of the Southeast coast…. While the administration has taken some coastal areas off the table, the fact is that oil spills do not respect boundaries, and if a spill occurs, you’re going to see oil in precisely the areas that the administration has said it is protecting.”

The same contradiction between energy policy and climate rhetoric is apparent in the way that Obama has handled other publicly owned lands—most egregiously, the coal-rich Powder River Basin in Wyoming and Montana. Obama ended government financing for coal projects oversees, but at home his Interior Department has overseen a massive expansion of coal mining in the region. Plagued by scandals for decades, the DOI’s leasing program in the PRB not only has cheated taxpayers out of billions but also amounts to a de facto subsidy propping up the US coal industry.

This week, lawmakers are voting on more than a dozen amendments on a bill to greenlight the Keystone XL pipeline—which the president has promised to veto. He still hasn’t announced his own decision in the matter—the only decision that counts, at this point—but whatever the conclusion, it will be taken as a litmus test for his commitment to climate action. The fight over KXL is not meaningless, although the irrelevant and interminable congressional wrangling has turned it into something of a joke. But either way the decision falls, the climate movement that KXL catalyzed has a great deal of other work cut out for it.