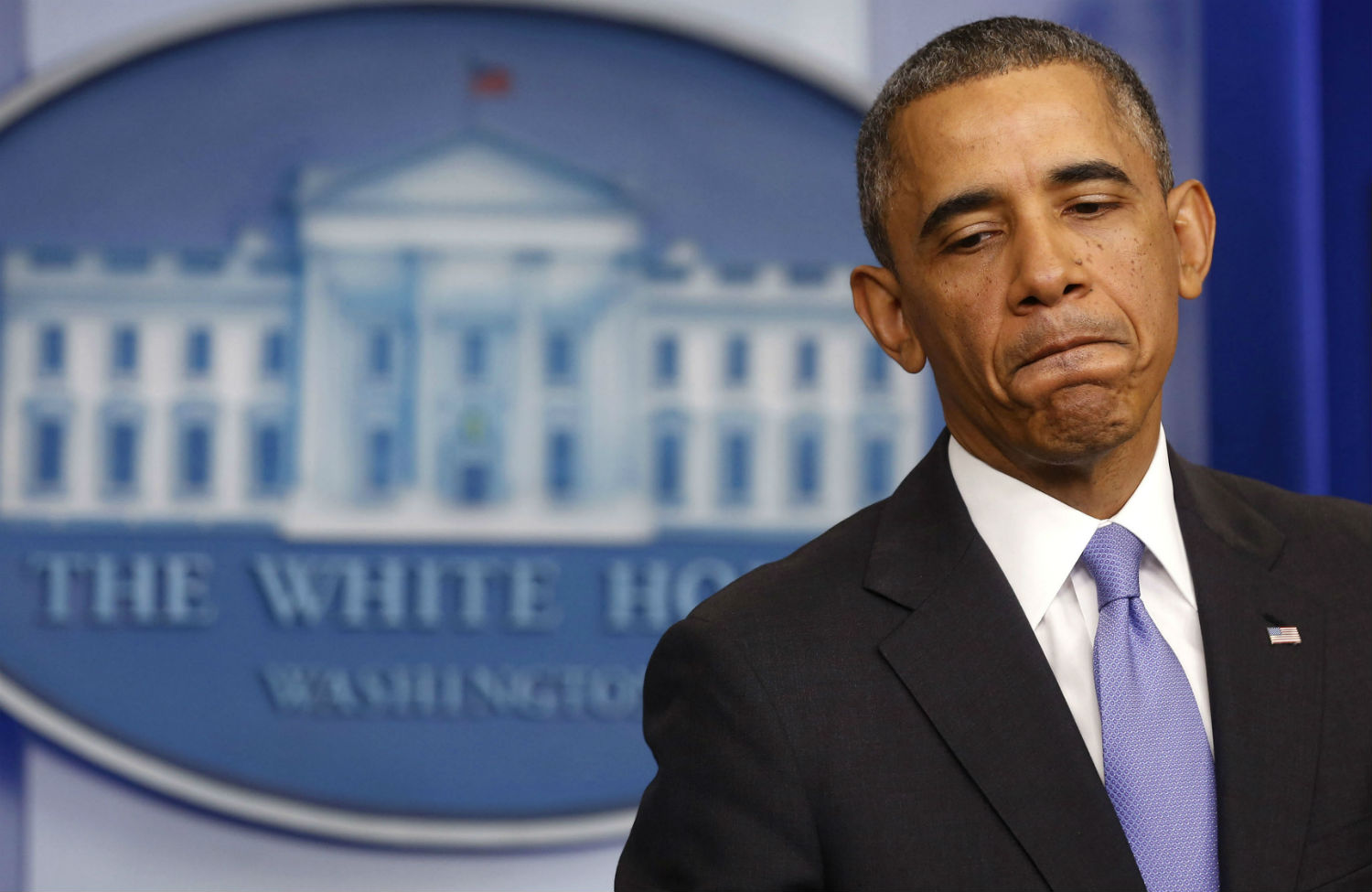 Disregard the happy talk from the Obama White House. The stagnant global economy remains at the precipice of something worse unfolding—full-blown deflation. And the so-called recovery in the US economy remains shaky, despite good employment numbers. Here and abroad, the governing authorities seem to have forgotten the most basic nature of our situation. We live now in a globalized economy where one nation’s cold can lead to another country’s heart attack. Their ignorance is shocking, but also dangerous.

In fact, the US and other leading economies are beginning to mimic some of the same grave errors governments committed in the distant past, circa 1929, when spreading collapses of banks and financial markets morphed into the Great Depression. I am not predicting such a catastrophic outcome, not yet anyway. But the risk is present. The road to the Great Depression was paved with similarly myopic strategies. This president is not Herbert Hoover. But he might someday be remembered as Wrong-Way Obama.

The misdirection of government power suggests that many leaders don’t believe things were changed that much by the breakdown of 2007. They are still looking backwards, complacently doing the same stuff that failed sixty and eighty years ago.

First, the United States finds itself once again attempting to be the “locomotive” that pulls the rest of the world out of the ditch. America has done this successfully many times in prior decades to help allies get well. The problem is, the American economy is now much weaker and more wobbly itself, deeply indebted after thirty years of trade deficits and costly wars. There’s a lot less US excess to spread around.

Second, important trading partners—Japan, China, others in Asia—are employing a nasty trade strategy from the early thirties known as “beggar thy neighbor.” They are weakening the value of their own currencies (and boosting the dollar’s value) so their exports will be cheaper than competing American products. The US trade deficit is now rising steadily, especially in manufactured goods, and sure to worsen as other currencies weaken. That means losing good jobs and wages for Americans.

Clyde Prestowitz of the Economic Strategy Institute, a longtime critic of the lopsided trading system, observed: “The whole bloody world has somehow figured they are going to recover by selling exports to the US. While the world is depending on American demand, we are shipping more jobs and industry abroad but we can’t keep it going. I fear we are going to keep playing this game because we think we can get away with it.”

Prestowitz ticked off nations whose currencies have fallen in value—some as dramatically as 20 to 30 percent. They include Japan, China, Singapore, Australia, Canada and the European Central Bank. The ECB’s motive is legitimate—reducing interest rates to provide economic stimulus and fend off deflation—but the economic consequences are the same—more downward pressure on US production and employment. Japan’s currency manipulation cost 896,000 US jobs in 2013, according to the Economic Policy Institute.

Third, President Obama appears oblivious to these changed circumstances. The evidence is his insistence that he wants to approve yet another free-trade agreement, this time with eleven other nations in the Trans-Pacific Partnership (some of which are gaming their currencies to increase their exports to America). The administration has made extravagant claims that this will create something like 650,000 new jobs in America. Similar promises were made before previous trade agreements, starting with NAFTA in 1993, and all proved bogus.

The Washington Post, a hearty advocate of free-trade agreements, blew a big hole in Obama’s promise. Glenn Kessler, the Post’s fact-checker, chased down the statistics and discovered that White House experts essentially made up the numbers themselves. It was what you call a “back-of-the-envelope” estimate, but this one was written on toilet paper. Kessler was quite harsh in his judgment. He concluded: “Our advice remains: be wary whenever a politician claims a policy will yield bountiful jobs. In this case, the correct number is zero, not 650,000, according to the very study used to calculate this number. Administration officials earn four Pinocchios for their fishy math.”

Finally, Congress will be asked to approve this new TPP concoction, but many Democrats and some Republicans are resisting on the grounds that it does not include a serious provision for stopping these currency manipulations by other nations. Their real intention, I suspect, is to kill the TPP agreement, since they know other countries would walk away if that issue is included. I am for killing TPP myself. But there are crucial flaws in focusing on currency manipulations as the reason. For one thing, it would shrink still further the sovereignty of nation states (including the United States) to manage their own financial systems. Globalization has already crippled governing rights of people and transferred power to the multinational banks and corporations. The world doesn’t need more of that.

My more fundamental objection is that a far more important imperative at this hour is to generate worldwide recovery and that requires a cooperative agenda for shared relief and aggressive stimulus—not more dog fights between central banks and governments or rival political ideologies. The fundamental problem blocking recovery is the shortage of consumer demand (too many factories, too few customers) and over-bearing abundance of debt. A real program for recovery would have nations joining to confront those two in a big way.

First, bang on the creditors and governments to make them write off lots of debt, especially for folks who need it to survive. The United States did a little of this but not enough. Obama was more generous with guilty bankers than he was with the borrowers they swindled.

Second, create jobs—real jobs with real incomes for real people (not abstract estimates by economists). Governments and stores of private wealth must be coaxed or compelled to finance big-scale projects of many kinds, the projects that create real jobs, real incomes. The Federal Reserve should get credit for staving off collapse but its monetary stimulus did not succeed in generating a genuine recovery. Europe, now in more desperate straits, is attempting to mimic the Fed, but I expect it will not do any better. The financial guys caused this disaster but they have proved they are incapable of correcting their sins or healing the society. Obama, unfortunately, listened to the money guys. This is why I fear the president may get a “wrong-way Obama” judgment from history. Surrounded by Wall Street expertise and conventional political actors, he didn’t understand the larger bonfire raging in the global economy or else was persuaded not to take it seriously.

The next president will have to begin the great task of understanding what went wrong in the global system and reformulating its rules and functions in profound ways. Otherwise, we may limp along like this for quite a long time. Or things could get worse.