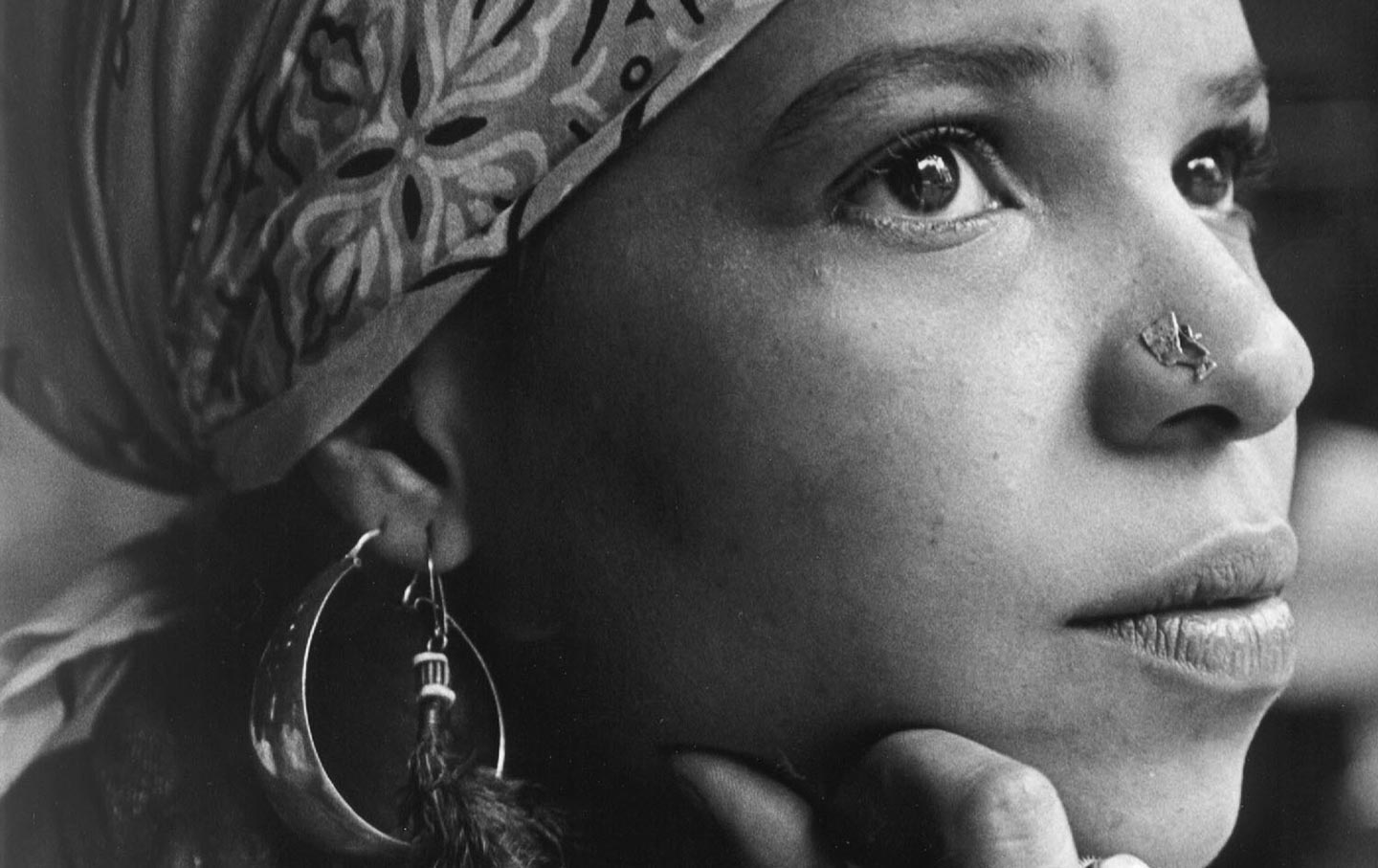 When the poet and writer Ntozake Shange died earlier this week, I felt her words explode on the underside of my heart and heard her voice, beautiful, big and vulnerable, push through my ears. The reaction was immediate, like her work, and although it was upsetting, the news of her death also somehow made sense. Not that it was time for her to die, or that her family was ready to let her go, but that, as I knew and understood her, she had been dying all along while she was living, bearing the weight of her particular brand of bold, brave emotional insurgency, and holding up the rainbow.

I didn’t grow up knowing her work, which is perhaps why it hit me so hard when I first discovered it in college. As any young black woman who has read For Colored Girls Who Have Considered Suicide When the Rainbow is Enuf will tell you, the stories and voices and experiences in this book go far beyond representation, as integral and clarifying as that aspect of it is. The book, her most celebrated work, is an introduction (for whomever needs it) to a broad array of black women that then invites you to live among those black women, and then dismisses you out the door, so that we can get on with our business of being black women. It’s a living will of sorts, the genesis of which—pain, depression, and more than one attempted suicide—I don’t think Ntozake ever fully released.

In 1991, I did a semester-long internship at Mother Jones magazine in San Francisco. My primary job was as a fact checker, but I was eager to write for the magazine as well and ended up leaving the internship with one or two clips, and the promise of more assignments down the road. I graduated from Hampshire College with a degree in Black Women’s Literature and Literary Journalism—my Division Three thesis was a collection of narrative interviews with black women writers, which would later become my first book, I Know What the Red Clay Looks Like. I hadn’t been able to get Ntozake as a subject for that book, but I was able to successfully pitch an interview with her to Mother Jones, when her novel Liliane was published in 1994.

I started off with a question about The Bell Curve: Intelligence and Class Structure in American Life, a book by Charles Murray that was also published in 1994 and which is basically one long argument for white supremacy and eugenics, and Ntozake went in: “Oh my God, it made me so mad. Do you believe that just because they can’t control us, they’re gonna say it’s Darwinian—[that] they’re better.… They took all the land, all the food—we ate chitlins and they ate beef! But who carried that nice food to them? And who is still talking and thinking? Now all they can say is that they’re better? It’s not even a new idea!” And we were off. I loved her from that very moment—she felt kindred.

For a period after that, we would have long talks over the phone, sometimes late at night. At the time—me in my late 20s, she in her late 40s—my sense was that she needed a sister-friend to listen, to help her reflect on and reframe her life in some way. Now that I am the age she was then, give or take a few years, I think maybe it was more that she was going through what women go through at this age—on a good day, we all grown and can say and do whatever we want and you can’t tell us nothing, and we love it. But on a bad day, it’s every last drop of joy, every single truth laid bare, each warrior moment, every suicidal thought, inside a new box, a different, changed body, and we have to figure out how to live in it.

My third book, Sugar in the Raw: Voices of Young Black Girls in America, was in many ways a tribute to Ntozake, and For Colored Girls—a visceral map to help black girls navigate and master the complexity of their emotions, live in their pain, and find strength in the sound of their own voices. As I was writing Sugar, I kept thinking of this one quote from our Mother Jones interview, in which Ntozake said: “I write for young girls of color, for girls who don’t even exist yet, so that there is something there for them when they arrive. I can only change how they live, not how they think.” These words were essentially what inspired me to ask her to write the book’s foreword—apart, of course, from the fact that she is Ntozake Shange.

Ostensibly, Ntozake wrote the foreword for the black girls in the book and beyond, and for me, but even though we lost touch over the years, as I reread it while thinking about writing this piece, I realized that she wrote it for herself, too. For the girl who considered suicide when the rainbow was enuf: “I must honestly admit, sometimes I forced myself to relive with these young black women moments that continue to sicken me, inhibit and constrain my spirit.”

But relive she did, until the very end. And I will be forever grateful. Rest in Power, Ntozake.