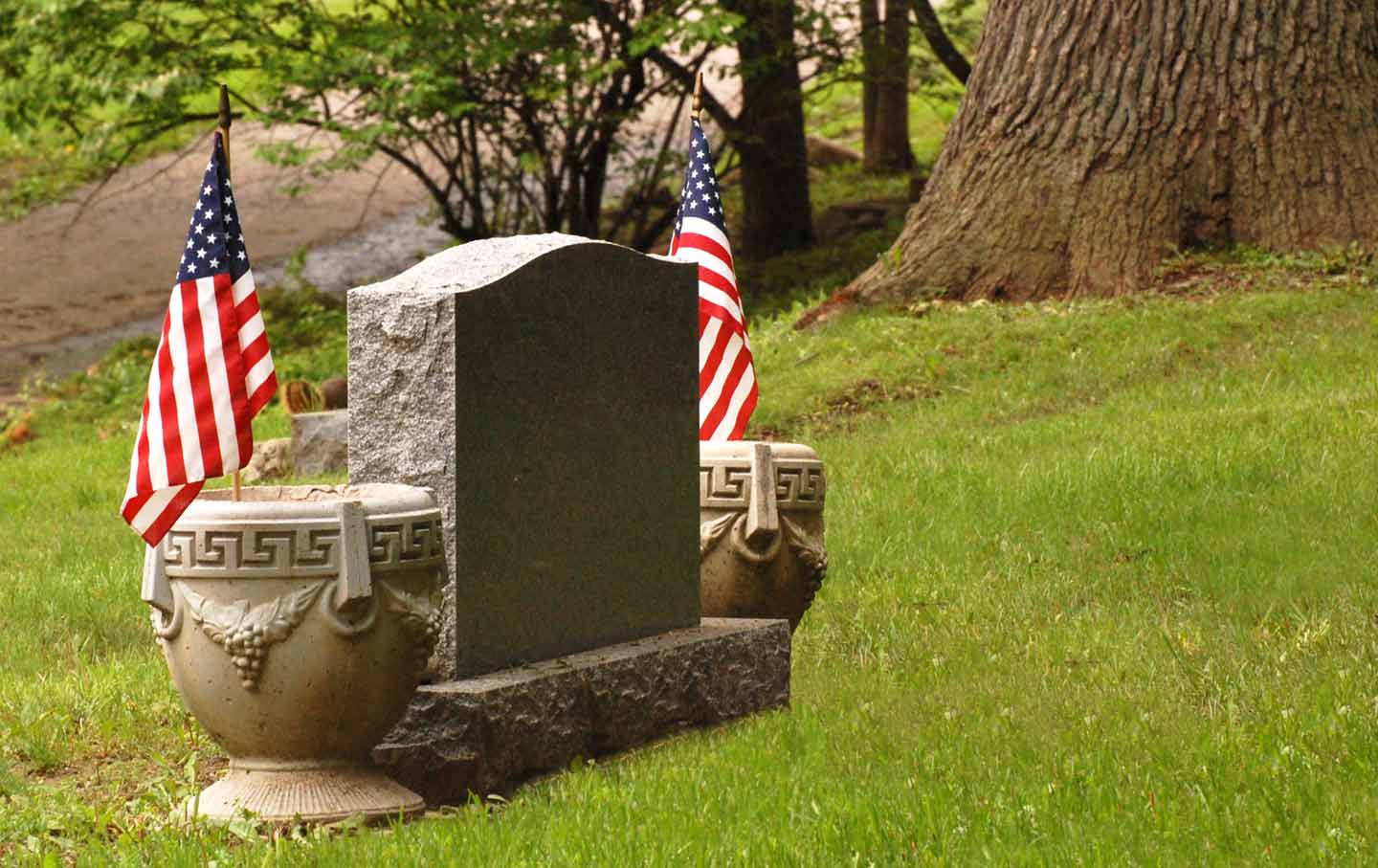 It wasn’t supposed to end this way. But this week America learned that the folks everyone thought had it better than most are suffering a fate just as bad as the rest of us, and by some measures, even worse.

A demographic analysis of public health trends in recent years shows that middle-aged whites are living more miserable and sicker lives—and also appear to be dying at a higher rate. From 1999 to 2013, Princeton University researchers observed a disturbing jump in deaths among whites aged 45 to 54. For other groups, including seniors and middle-aged blacks and Latinos, mortality fell, continuing positive health and demographic trends of the past few decades.

Overall, non-Latino white midlife mortality ticked up by 34 deaths per 100,000. It’s not quite an epidemic, but the cumulative death toll suggests a slow-burning affliction that affirms a cultural sense of decline: Across the 15-year period, the researchers calculated, “If the white mortality rate for ages 45–54 had held at their 1998 value…half a million deaths would have been avoided in the period 1999–2013, comparable to lives lost in the US AIDS epidemic through mid-2015.” Driving factors reflected social and public health patterns: suicide, disease (particularly liver problems) and “drug and alcohol poisoning.”

The rising mortality rate, according to the study, paralleled “self-reported declines in health, mental health, and ability to conduct activities of daily living, and increases in chronic pain and inability to work.” But the trends differed by education level, as those with a high school–level education or less experienced worse outcomes than the college-educated.

This twist in America’s demography of death speaks to a societal malaise: The economic decline began well before the latest recession, but coincides with the economic dislocation that accompanied corporate globalization and “free trade” policies. Then the late 1990s brought a withering of the welfare system, leaving many older Americans facing an economic cliff after the financial collapse and debt crisis.

Nonetheless, the narrative of rising death rates among middle-aged whites should be viewed in a context of racial differences across many health measures; blacks in general still suffer higher mortality rates and poorer health outcomes than whites, for example. So this is racial inequality emerging in the negative direction. “The narrowing of the black white mortality gap could be thought of as leveling down,” says researcher Angus Deaton via e-mail. The study isn’t meant to suggest “tension or competition,” he stresses, but to show a more nuanced view of how economic insecurity and social distress interact.

“The narrowing of the black white mortality gap could be thought of as leveling down.”

These socioeconomic factors converge against the backdrop of a shattered American Dream: In their analysis of the results, Deaton and co-author Anne Case write that since economic growth has sputtered since the 1970s, “with widening income inequality, many of the baby-boom generation are the first to find, in midlife, that they will not be better off than were their parents.”

How does this figure into the public discourse on race and health? Rising white midlife death isn’t so much a counterpoint to the narrative of racial segregation as it is a revelation about the long-term costs of structural inequality. As the “middle class” hollows out, whites who started life under more promising circumstances—when a high-school graduate could land a job for life on the assembly line—are finally seeing the floor fall out under them too. Arguably, they may have had a harder landing than the groups always stuck at the bottom; could drugs be a distressed response to that collective class trauma? Many have dropped out of the workforce. Displaced middle-aged manufacturing workers have watched old factories shutter and neighborhoods subsequently deteriorate in the aftermath of mass foreclosures.

Economic hardship among whites is most acutely reflected in rural regions where joblessness and social distress run rampant, youth flee to seek better prospects elsewhere, and poverty has risen faster than in cities.

The mortality pattern seems unique to the United States. Other wealthy countries—the UK, Australia, Canada and Sweden—continued to see declines in midlife mortality after 1998. Researchers speculate that aging Americans might suffer deeper distress due to eroding retirement security. Much of the workforce has shifted to less stable 401(k)-based retirement plans, while other countries have maintained guaranteed defined-benefit pensions. Meanwhile, what’s left of the US pension system, which is concentrated in public-sector jobs, faces assaults by state legislators seeking to balance the budget on the backs of unionized civil servants.

Opioid use is identified as a possible response to commonly reported health issues like chronic muscle pain, but the researchers noted that “long-term opioid use may exacerbate pain for some.” That’s an understatement. According to the CDC, deaths from heroin overdoses have nearly quadrupled from 2002 to 2013; heroin use among whites has more than doubled, often linked to abuse of prescription drugs. In another demographic twist, heroin has exploded in rural and suburban neighborhoods (which could ironically prompt progressive drug-policy reforms that never caught on earlier, when drugs were seen as an urban black and Latino problem).

The 15-year death spike among middle-aged whites tracks the slow bleed of neoliberalism.

But heroin overdoses may be a symptom of another social pathology. The 15-year death spike among middle-aged whites tracks the slow bleed of neoliberalism: the massive offshoring of manufacturing jobs, financial booms and busts, corporate deregulation. All these statistics suggest  the need for government-sponsored social supports is growing just as the government is rolling back welfare (Bill Clinton’s neoliberal welfare reform agenda was imposed shortly before the white midlife death patterns appeared), healthcare, and education resources (including workforce investment programs that were designed to aid dislocated older workers). The same generation has suffered from the collapse of institutions that once helped anchor the working class: active unions or just common workplaces in factory towns.

This aspect of public health may get lost in the statistics: the community cohesion that gives life meaning. Before these people lost their health or succumbed to despair, many may have lost something more vital: a sense of connection to the wider world. The downward leveling of society, with health crises penetrating a relatively privileged group, reveals a different kind of connection: the interwoven hardships in the fraying social fabric—a shared fate we only see when the seams come undone.