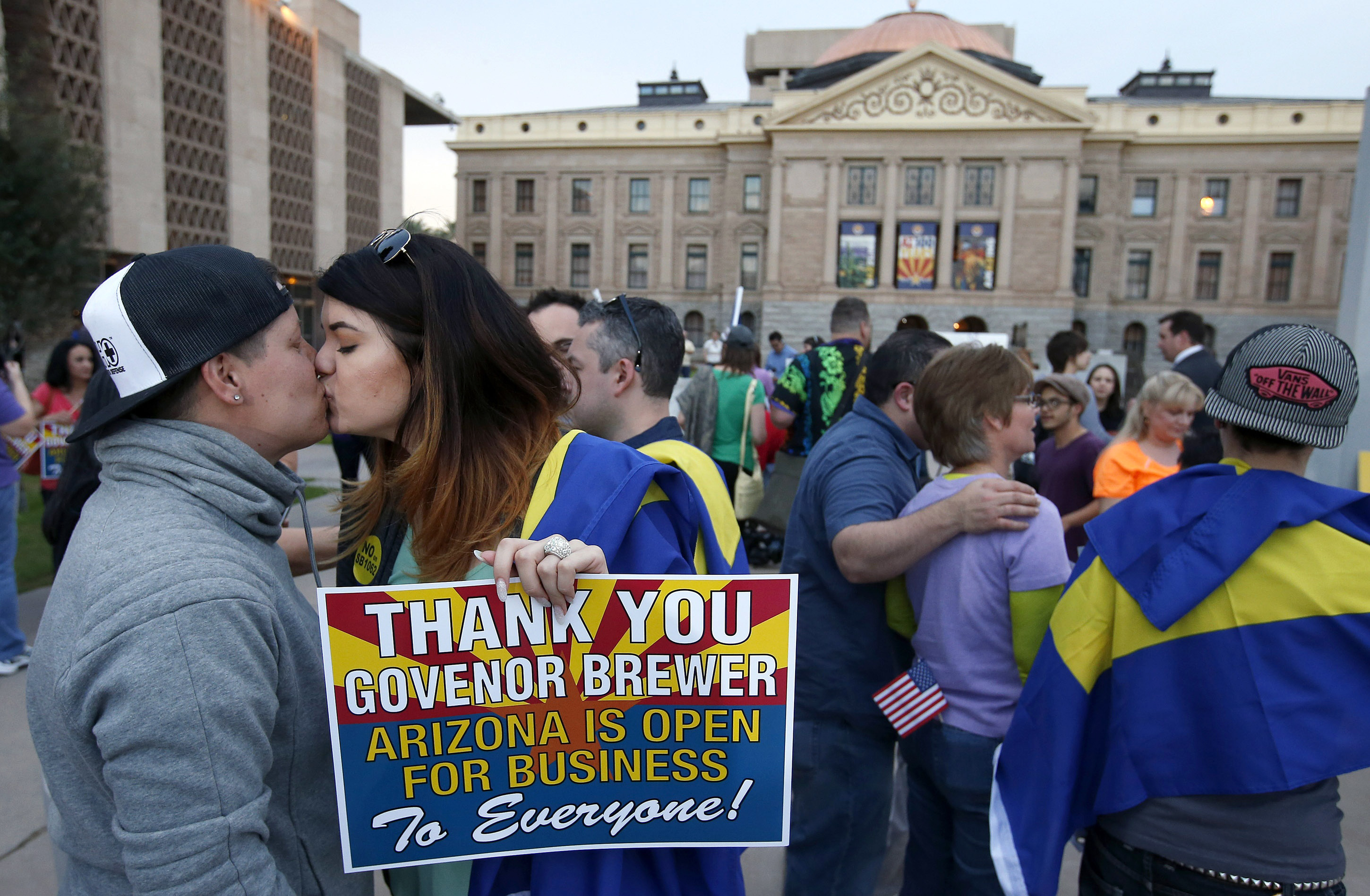 Amid mounting pressure from businesses, activists and US lawmakers on both sides of the aisle, Arizona Governor Jan Brewer yesterday vetoed a so-called “religious freedom” bill that would’ve granted businesses broad license to discriminate against LGBTQ people.

But Brewer’s veto doesn’t mark the end for this type of legislation, at least not officially.

Rose Saxe, senior staff attorney with the American Civil Liberties Union’s LGBT Project, said the bills represent a shifting strategy, a “plan b,” among conservative evangelical groups who recognize they’re on the losing side of the same-sex marriage battle. If the national opposition to Arizona’s bill, uniting John McCain, Hillary Clinton and Apple, is any indication, the evangelicals may already be losing this one too. Some lawmakers who voted for “religious freedom” bills are already backtracking on their support.

“It’s so tainted now, it needs to go away,” said Kansas Representative Scott Schwab (R-Olathe), regarding talks by the state’s legislature to rework and reintroduce its “religious freedom bill.” Schwab voted for the bill, but now says he regrets it.

Mississippi Senator David Blount (D-Jackson), another initial supporter of his state’s bill claimed ignorance on its implications, saying in a Facebook post:

I was not aware (nor was any other Senator or interest group or citizen that I have talked to aware) of this intention or possible result when we voted on the bill on Jan. 31. I am opposed to discrimination of any kind, including discrimination based on sexual orientation. Obviously, I should have (all of us should have) been aware of this.

That’s not to say it’s time to claim a total victory. Here are the remaining legislative battles over religious discrimination bills:

Georgia: The state has a pair of bills, one in each state house, that use almost identical language to Arizona’s. While it a House Bill 1023 looks dead, Senate Bill 377 has moved through committee. The senate bill’s sponsor said critics of the bill simply "want the government to be a tool to promote militant atheism.” Mother Jones’s Dana Liebelson has a good report on this one.

Mississippi: Senate unanimously passed Senate Bill 2681, also known as the “Mississippi Religious Freedom Restoration Act,” on January 31. The bill, also similar to Arizona’s, currently sits in a state House committee. It also includes an amendment that would add “In God We Trust” to the state seal.

Oklahoma: Lawmakers are reworking a “religious freedom” bill and indicated that its current incarnation is not likely to make it to the floor this legislative session. “We’re still in favor of running a bill like that, but we’re just trying to get the language tightened up to prevent there from being any fiascos like there have been elsewhere,” sponsor Representative Tom Newell (R-Seminole) told the Associated Press.