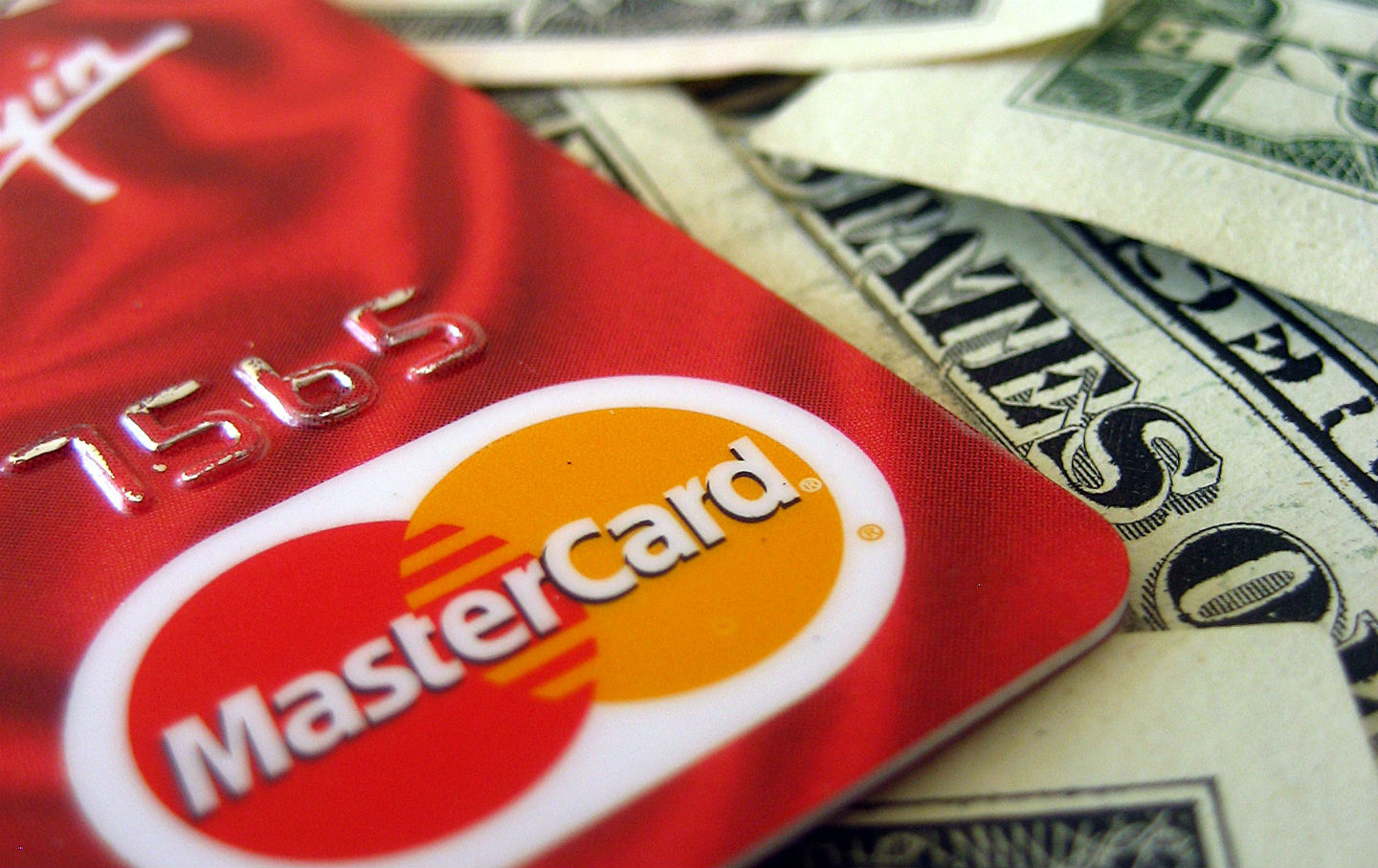 Gone are the days when a job applicant could make a good first impression with a smart suit and firm handshake. Now your first impression might get boiled down to three digits on a botched credit rap sheet, leading a boss to reject you, sight unseen.

But the city where first impressions count for everything is about to make the job market a little less judgmental. New York’s City Council just voted overwhelmingly to outlaw the common practice of letting employers prejudge people based on their credit history—passing an unprecedented ban against employers use of workers’ credit background data.

The final version incorporates some compromises pushed by the business lobby, such as carve-outs for positions that could involve handling “financial agreements valued at $10,000 or more,” police and national-security related jobs, or workers with access to “trade secrets.” While business groups cited these provisions as wins in a bill they otherwise chafed at, economic justice advocates have nonetheless hailed the law as a promising boost for an emerging nationwide movement.

Sarah Ludwig of the New Economy Project says, “It’s a strong law…and it’s going to cover most New Yorkers [and] most jobs by far and away. It’s a real civil rights victory.”

Enforcement of the law will be driven by a complaint process, which makes it a tricky game for the city authorities relying on workers to come forward. But Ludwig adds, advocates hope the system provides a platform for the city’s Human Rights Commission to gain new prominence under the de Blasio administration’s leadership, since the city has “this unbelievably strong human rights law” on paper but not necessarily in practice.

Similar legislation has passed in other areas, building on weak federal transparency regulations, but has been criticized for being diluted with corporate-friendly exemptions.

The rationale behind the ban is simple: it’s unfair and useless to use a person’s credit history, which is often inaccurate or misleading, when assessing their job qualifications. When corporations use massive data screenings to hire and fire en masse, credit checks can drastically narrow an applicant pool and subsequently be held as a cudgel over desperate job seekers and compel them to expose private background information.

There’s nothing meritocratic about this practice. But it is racially biased, and very cruel to the poor.

According to the think tank Demos, a negative credit record is associated with many of the disadvantages of being poor, jobless, not white, or in poor health—and not with how trustworthy you are or how well you write computer code or repair a car. But since employers can generally pull up credit data (which has historically been used for actuarial determinations of financial risk, not intended for employment-related decisions), this information can easily be misinterpreted or manipulated. By providing convenient proxies for race and class, data can become a tool to simultaneously affirm and perpetuate negative stereotypes of workers based on arbitrary factors.

As Gustavo, a Queens worker, testified, recalling being rejected repeatedly after co-signing a bad loan for his sister years ago: “It’s unfair not to hire someone because they have a stain on their credit report [out] of no fault of their own.”

As Demos explained in a report on credit checks, basing hiring on credit history may be tantamount to disqualifying people for having too many kids or being too sick to work. A survey of those who reported poor credit found that “having unpaid medical bills or medical debt is cited as one of the leading causes of bad credit…with more than half citing medical bills as a factor.”

Racial stratification also tracks “creditworthiness”: “Most white households (59 percent) report scores of 700 or above, displaying strong credit, while less than one quarter of African-Americans (24 percent) are able to attain the same high credit rating status.”

Such patterns feed underlying inequities intertwined with employment discrimination: bad credit histories hurt future access to credit, tracking people into more structural hardship. And to mine the ruins of this social devastation, Demos notes, “predatory lending schemes in the last decade targeted communities of color, compounding historic disparities in wealth and assets, and leaving African-Americans, Latinos, and other people of color at greater risk of foreclosure and default on loans. Employment credit checks can perpetuate and amplify this injustice.”

Played out on a mass scale, this folds into trends of neighborhoods cratering under collapsing mortgages and disinvestment—a wholesale erosion of community economic resilience driven by big finance—particularly in already racially stratified regions.

In New York especially, where local housing and job opportunity remains severely segregated, an ever-deepening credit hole becomes a pretext for employers to discriminate, and to keep them from getting the job they need to climb out of said hole…and you get the picture.

New York City is now set to break the cycle. Ludwig suspects Wall Street is now on alert for a potential ripple effect in other cities and states and even for the advancement of a national law, since protecting people from invasive credit snooping fits well with basic constitutional precepts. “It’s a huge civil rights issue along racial lines, but it’s also a huge privacy issue,” she says. “Because if you are applying for a job, why should your prospective employer know that you lost your house…or that you broke up with your spouse and that created financial distress.”

Nationally, Ludwig says, “There’s nothing that would stop Congress from passing such a law except Congress itself.”

The financial sector is currently the top political campaign donor to federal candidates and parties, so a restriction on the data mine that serves as the industry’s bread-and-butter isn’t likely to get much traction in Washington. Then again, New York is home to Wall Street, and if such a ban can make it here, maybe a failure to stop the monstrous cycle of bad credit will soon be counted as a taint on politicians’ records too.