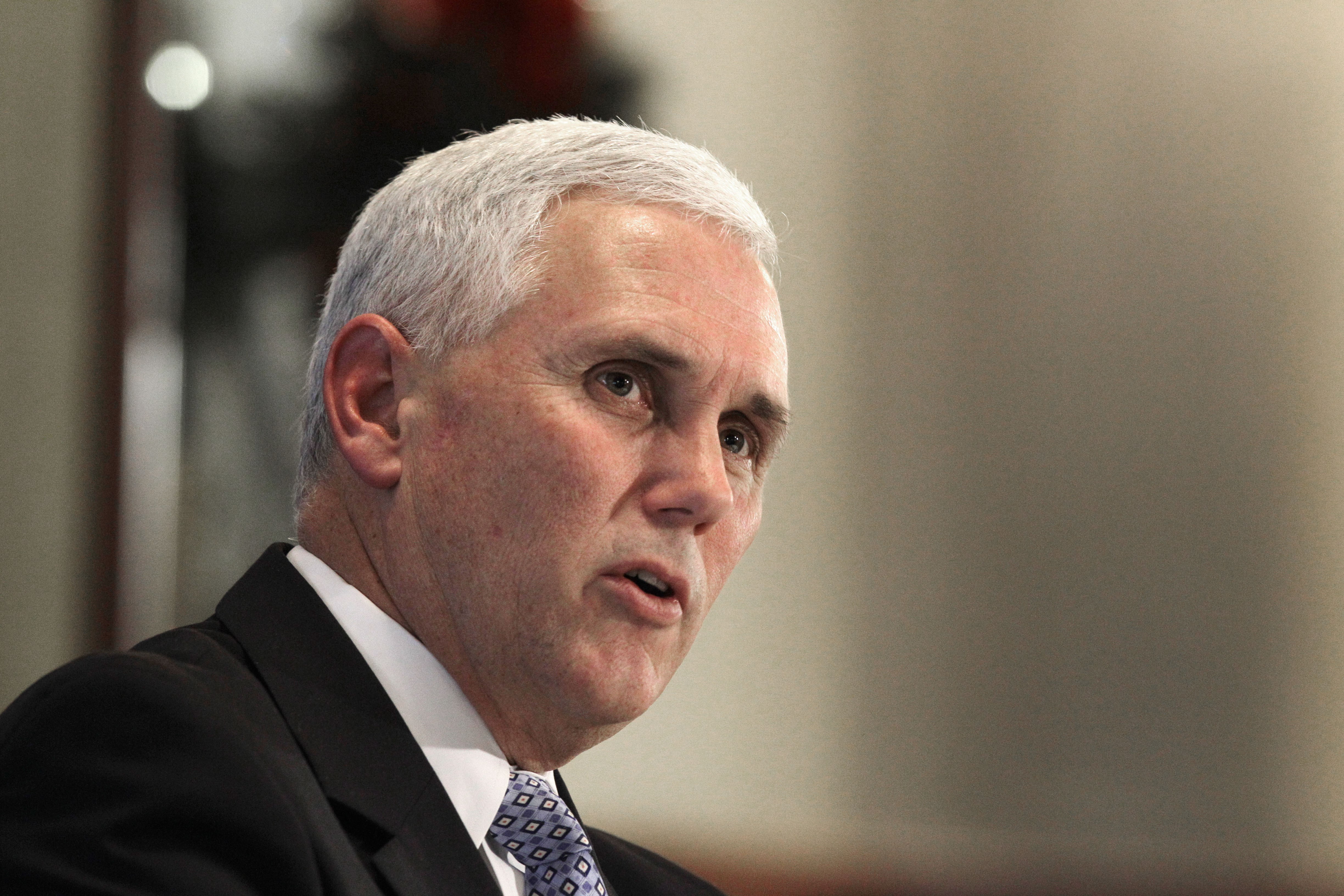 After a 13-month battle with the Republican establishment in which he won most every skirmish, Trump appears to be acting responsibly, as his campaign confirmed the news that he’d chosen mild-mannered Indiana Governor Mike Pence to be his vice-presidential nominee. It was hard to believe that was Trump’s first choice. There had been lots of reporting that he wanted Newt Gingrich (why not, God, why not?) and, despite New Jersey Governor Chris Christie’s legal baggage (plus Trump’s son-in-law Jared Kushner’s mortal grudge against Christie for sending his father to jail), it seemed like Trump found in Christie a kindred soul/bully as well. But he was by most accounts scheduled to introduce the white-haired establishment favorite, Mike Pence, at an event in Trump Tower on Friday.

Then came the horrific attack in Nice, France, and late Thursday Trump announced he would postpone his VP announcement, presumably out of respect for the victims. (By the way, the Tour de France went on.) Then he said he’d take the weekend to continue mulling his choice, before tweeting official confirmation of his selection on Friday morning. If this is how Donald Trump makes decisions in real time, he is not looking terribly presidential.

Putting aside the drama of the past 24 hours, it’s worth looking closely at Pence, because he tells us a few things, too—about what counts as “establishment” in today’s GOP.

If Trump thinks he’s getting a running mate who can appeal to the center and swing voters, he’s wrong about that. Pence is so far right when it comes to women’s and LGBT issues, he makes Trump look like a Democrat. Frankly, he’s a smooth-talking Todd Akin.

In Congress, Pence co-sponsored a bill that would have redefined rape and limited federal funding for abortion to women who suffered “forcible rape”—what Akin famously described as “legitimate rape” when he doomed his 2012 Senate bill. Pence is also the guy who began the GOP’s ugly and so far unsuccessful crusade to defund Planned Parenthood, back in 2007. “He’s the only one I know of who has been so completely obsessed with Planned Parenthood,” Planned Parenthood president Cecile Richards said back then. “This just seems to be an enormous focus of his.” Of course, Pence got more company in the Tea Party Congress of 2011, and that year he threatened to shut down the government over continued Planned Parenthood funding.

Since becoming governor in 2013, Pence has signed various anti-abortion bills and succeeded in defunding Planned Parenthood in his state. That helped lead to a devastating resurgence of HIV/AIDS, since Planned Parenthood was one of a few providers of HIV testing in the state.

Unfortunately, there’s not much daylight between Trump and Pence on the issue of Planned Parenthood. Although daughter Ivanka reportedly got Trump to say nice things about the group’s women’s-health work earlier this year, both he and Pence have said that if Planned Parenthood wants to continue providing primary care for women, and crucial screenings for breast and cervical cancers, it should stop providing abortions.

Also, Trump has promised to punish women for getting abortions (and then flip-flopped); Pence has actually done so. In Indianapolis, 30-year-old Purvi Patel was prosecuted for using the pills doctors prescribe for early pregnancy termination allegedly later in her term. Her conviction is being appealed.

Of course, Pence is probably best known nationally for supporting one of the nation’s toughest so-called “Religious Freedom” laws, and then backing down when big businesses from Apple to SalesForce to Angie’s List said they’d curtail commerce in his state. Pence says he “fixed” the law, but LGBT advocates don’t entirely buy it. Conservatives do, however, and they consider Pence a traitor for bowing to business.

Pence is an odd choice, for many reasons: He’s got low approval ratings in his home state and faces a tough reelection battle. He supports free trade and opposes Trump’s Muslim ban. The Indiana governor endorsed Texas Senator Ted Cruz just before the state’s crucial primary in May, but said wishy-washy nice things about Trump, too. When Trump crushed Cruz in Indiana, Pence got on the Trump train. He was ready to move up front and sit alongside the leader. But now he’s sitting in a New York hotel waiting for an announcement that may never come.

Reportedly, Trump was angered by the leaks about Pence on Thursday and believed they came from the Indiana camp. For a while on Thursday, Newt Gingrich apparently still thought he was in the race; he came out last night with a proposal to “deport” all Muslims from the United States if they won’t denounce Sharia law—perhaps to remind Trump that Pence opposes such restrictions on Muslims.

Of course, journalists hoped Trump would pick either the voluble Gingrich or the combative Christie, to make the race more fun. I don’t think Hillary Clinton much cares which of the men Trump chooses; they will all send women voters into the Democratic camp even faster than they’ve been running from Trump.