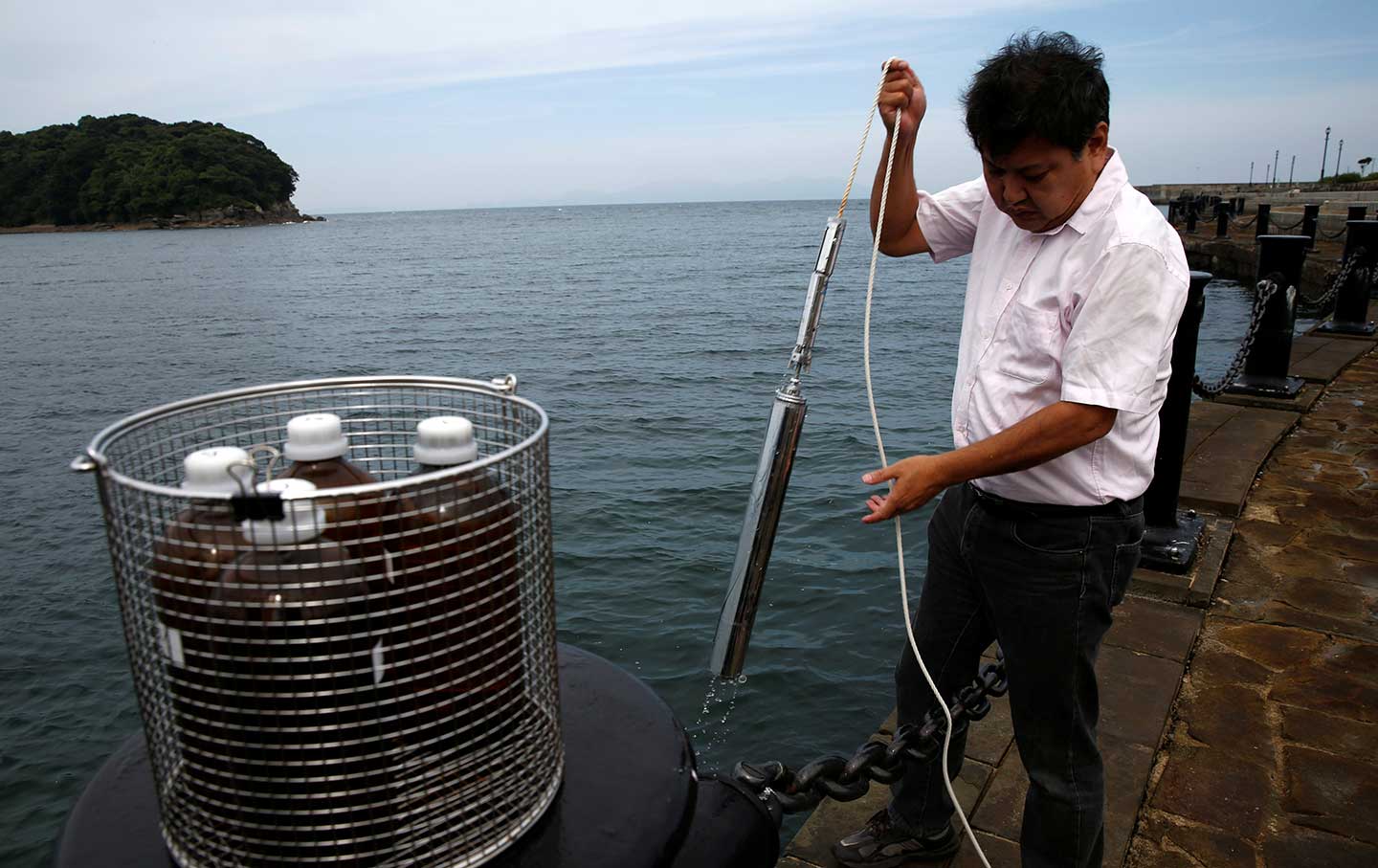 An engineer from the National Institute for Minamata Disease collects samples of seawater from Minamata Bay to test for mercury content in Eco Park, an area once polluted by mercury-containing wastewater and later turned into a massive landfill, in Minamata, Kumamoto Prefecture, Japan, September 13, 2017. (Reuters / Kim Kyung-Hoon)

The tropical atolls known for their sublime beaches and lush coral reefs are struggling to keep a poison tide at bay: In the small island countries and territories dotting the oceans, mercury from polluting industries has become a public-health crisis.

According to new research by the environmental-health organization IPEN, island territories around the world are drowning in mercury pollution that has leeched deep into their coastlines and could last generations. The acute mercury threats facing island communities include neurological damage, developmental disabilities, blindness, and seizures, with the worst impacts on children.

The researchers sampled the hair of 757 women of childbearing age, in 24 sites across 21 island countries. Representing indigenous communities with about 66 million residents worldwide, they stretch from the Arctic to the Caribbean and Pacific Islands, areas that hold some 66 million inhabitants combined. While there is no truly “safe” level of mercury contamination, most of the women screened showed an “elevated mercury body burden,” which exceeded the reference standard of the Environmental Protection Agency (EPA), 1 ppm—high enough to be associated with neurological damage. About three-quarters had mercury concentrations exceeding 0.58 ppm, “the level associated with the onset of fetal neurological damage.” In a third of the sites, nearly 90 percent of the women exceeded 1ppm; in nearly half the sites, 90 percent of women reached the threshold for fetal damage.

The mercury crisis can be traced back to coal-fired power plants, along with small-scale gold mining, and metal and vinyl production, which are concentrated in Southeast Asia, India, and China—where economic liberalization has surged along with fossil-fuel consumption. The report coincides with the second gathering, in Geneva, Switzerland, last month, of the United Nations conference on the Minamata Convention, a global treaty on mercury that aims to address public health and pollution issues. 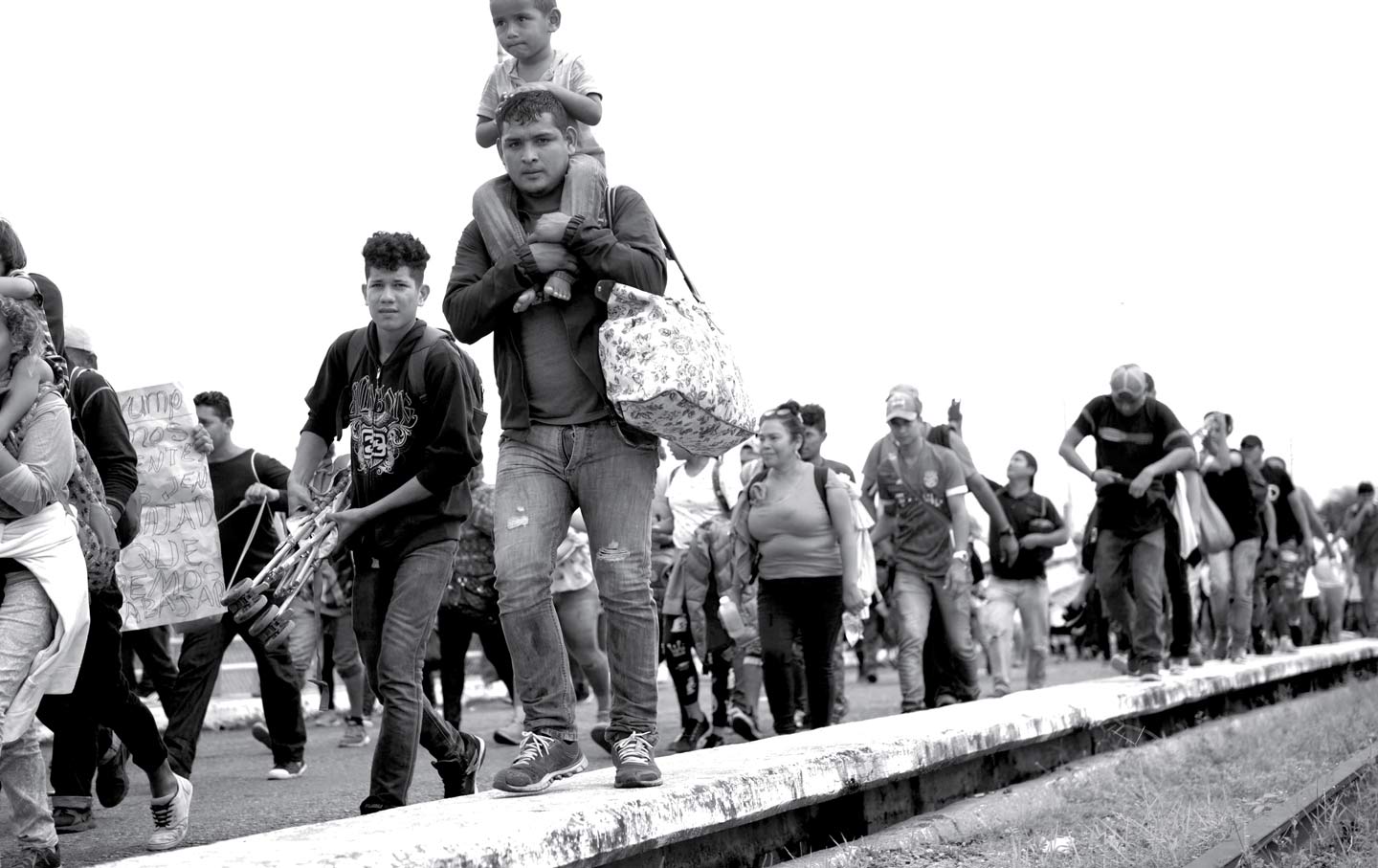 Women like Mercy Ritte, who participated in the study while still pregnant, face an impossible choice between sustaining her family and protecting her community’s culture: “To reduce the risk of brain damage in our babies we have to forgo our traditional ways of eating and providing for our families. It is unfair that we are suffering here on our tiny little island because governments far away are not ending toxic coal energy, when we all could be using renewable resources.”

The Yupik families on St. Lawrence Island are doubly exposed: Their shores are shrinking amid melting sea ice, while volatile weather disrupts traditional food webs. Pamela Miller, IPEN co-chair and executive director of Alaska Community Action on Toxics, points out that “These foods are vital to the physical, cultural, and spiritual sustenance of Arctic Indigenous peoples. Market foods are too expensive and inaccessible…. This is a critical health and human rights issue.”

In the Cook Islands, where nearly every woman tested exceeded the EPA toxicity standard, a wider food-security crisis has emerged as local fish stocks are disrupted. Imogen Ingram of Island Sustainability Alliance, writing from the Minamata Conference in Geneva, says the pervasive mercury contamination has triggered hormonal changes in fish reproduction, worsening depletion of the fish reserves.

Fishermen in the Cook Islands have been stating for five years or so that the catch is decreasing, and they have to go further out to sea on fishing trips. We thought maybe this was an indication of over-fishing or unregulated foreign fishing; but seems likely too that fish stocks are not able to rebuild for biological reasons. This is very serious for those islands where there are no stores and people continue to live the subsistence lifestyle they have practised for centuries

Minamata marks a first step toward global mercury regulation. However, under the staggered timeline of the roll-out, the “best available technology” (BAT) is due to be implemented five years after a country signs on. The grace period is essentially a free pass for both regulators and corporations, ensuring that all existing coal-fired power plants can be grandfathered into any new regulatory regime.

Island communities, however, say they cannot afford the additional burden that would be imposed by future power plants. Today, while there are already about 3,700 coal-fired power stations worldwide, about 1,600 new facilities have been proposed or are under construction, according to Miller, potentially “increasing global coal power capacity by 43 percent.” If those are built before Minamata’s rules are enacted, an estimated 5,300 new plants could escape the convention’s regulations. In other words, the laxity of the implementation framework allows for a drastic increase in emissions before a child born in Samoa today starts her first day of school.

Although the Minamata Convention raises technological standards, it ignores the most direct way to curb emissions—simply stop coal consumption and transition fully to renewable energy sources. Meanwhile, the major UN climate-change treaty, the Paris Agreement, sets broad global-emissions benchmarks but does not give concrete directives for member nations, allowing the proliferation of new coal-fired power plants.

According to IPEN’s mercury-policy adviser Lee Bell, the basic premise of the BAT regulation is shortsighted in its business focus. The controls “might reduce ‘future’ pollution from ‘future’ coal fired plants,” he argues, “but should we still be building them in five to 10 years? The reality is that current mercury pollution of the oceans has been caused by thousands of existing power stations—and these won’t be subject to [BAT standards].”

Yet, despite clashing interests in environmental regulatory debates, the converging crises of carbon pollution and mercury also share a single global solution: decarbonization. The mercury crisis, Bell argues, demands global adaptation to climate change, which places “human health and environmental protection foremost. But the reality is that [the current standards are] geared toward keeping plants open and reducing mercury emissions at the margins rather than using non-polluting alternatives.”

Perhaps the first lesson that the mothers of the islands can teach policy-makers is that global mercury standards are not just legal abstractions or corporate performance targets—they are a matter of environmental justice, and a measure of how far society will have to move to protect the next generation.