Marvin Miller isn’t in the Baseball Hall of Fame. He might be, after the results are unveiled December 8 for the latest Modern Baseball Era election, but he’s been passed over many times before. The sports labor pioneer, who passed away in 2012, didn’t want to be enshrined in Cooperstown—especially not after his death. As his life was winding down, Miller was convinced he was only on these ballots so the owners and Major League Baseball (MLB) officials he clashed with in his time making the MLB Players Association into a powerful union could publicly embarrass him.

Murray Chass wrote as much back in 2013 when Miller was on the ballot for the first time following his death. While the voters this year aren’t the grudge-bearing executives and clowns of the past, you won’t find me advocating against his wishes. However, Miller is one of the most significant figures in the history of baseball, and his not being an automatic first-time induction is one of Cooperstown’s greatest gaffes.

Miller’s legacy remains powerful today. Just last month, Craig Calcaterra reported at Hardball Talk that MLB Commissioner Rob Manfred essentially declared war on the MLBPA by saying there is “not going to be a deal where we pay you in economics to get labor peace,” and that “maybe Marvin Miller’s financial system doesn’t work anymore.” That financial system is the one that brought free agency to MLB, ended the reserve clause, established independent arbitration both for contracts and for disputes between players and their teams, created licensing programs for players’ likenesses, and won the players a pension that actually had cost-of-living adjustments, so they wouldn’t be getting pennies on the dollar in their later years when the meager baseball dollars of the day had run out.

Of course, Manfred and the owners think it’s time for something different. Their forebears felt the same way the entire time Miller was executive director of the MLBPA. Miller explained the power of solidarity and a union to the players, and while there were instances of temporary breaks in that solidarity—per his own memoir, some of the players initially didn’t want Miller to head up the union because they felt being in an actual union that advocated for its members would make them communists—it all held together, and one symbol after another of baseball’s feudalistic past was wiped away by Miller and the players unified alongside him.

Miller took over from Robert Cannon, a judge so tight with MLB’s owners that he missed becoming commissioner by a single vote at the same time he was the lead representative of the Player’s Association (a predecessor of the MLBPA). The league had agreed to pay Cannon’s salary and office expenses as the inaugural executive director, even though that violated labor laws and only made it much more obvious that the Player’s Association was basically a company union; it also showed how Cannon was in the owners’ pockets. Miller, who’d worked for the Machinists and the Autoworkers before becoming chief negotiator for the United Steelworkers Union, did not receive the same $150,000 offer, as the owners had suddenly “discovered” that was, in fact, illegal.

That’s where Miller started—that, and a league where once a player signed a contract, he became the property of his team, which could bench, play, trade, or sell him to another team without his consent. Until it was challenged with Miller’s urging on two occasions—in the unsuccessful case of Curt Flood, and the successful case of Andy Messersmith and Dave McNally—the reserve clause gave players absolutely no choice about where they would play, or for how much. From those inauspicious beginnings, Miller helped usher in the world we see today, where MLB is making $10 billion annually and the players are signing major free-agent contracts that give them a decent share of the wealth they themselves create.

Of course, the players don’t receive as much as they should. There’s a real issue now in MLB, where the median salary continues to drop, the minimum salary doesn’t climb at a pace pegged to league revenues, and teams are obsessed with efficiency and paying players as little as possible, even at the expense of producing a winning baseball team. Part of that is because the players themselves lost some of their fire once Miller was gone and life was better for them because of the work he did. Realizing this, Donald Fehr, Miller’s successor as executive director, brought him back in 1990 to speak to the players about the power of solidarity once more in the face of the owners locking them all out. Knowing the union’s own history is important, and in a post-Miller world, the MLBPA forgot its own history too often. 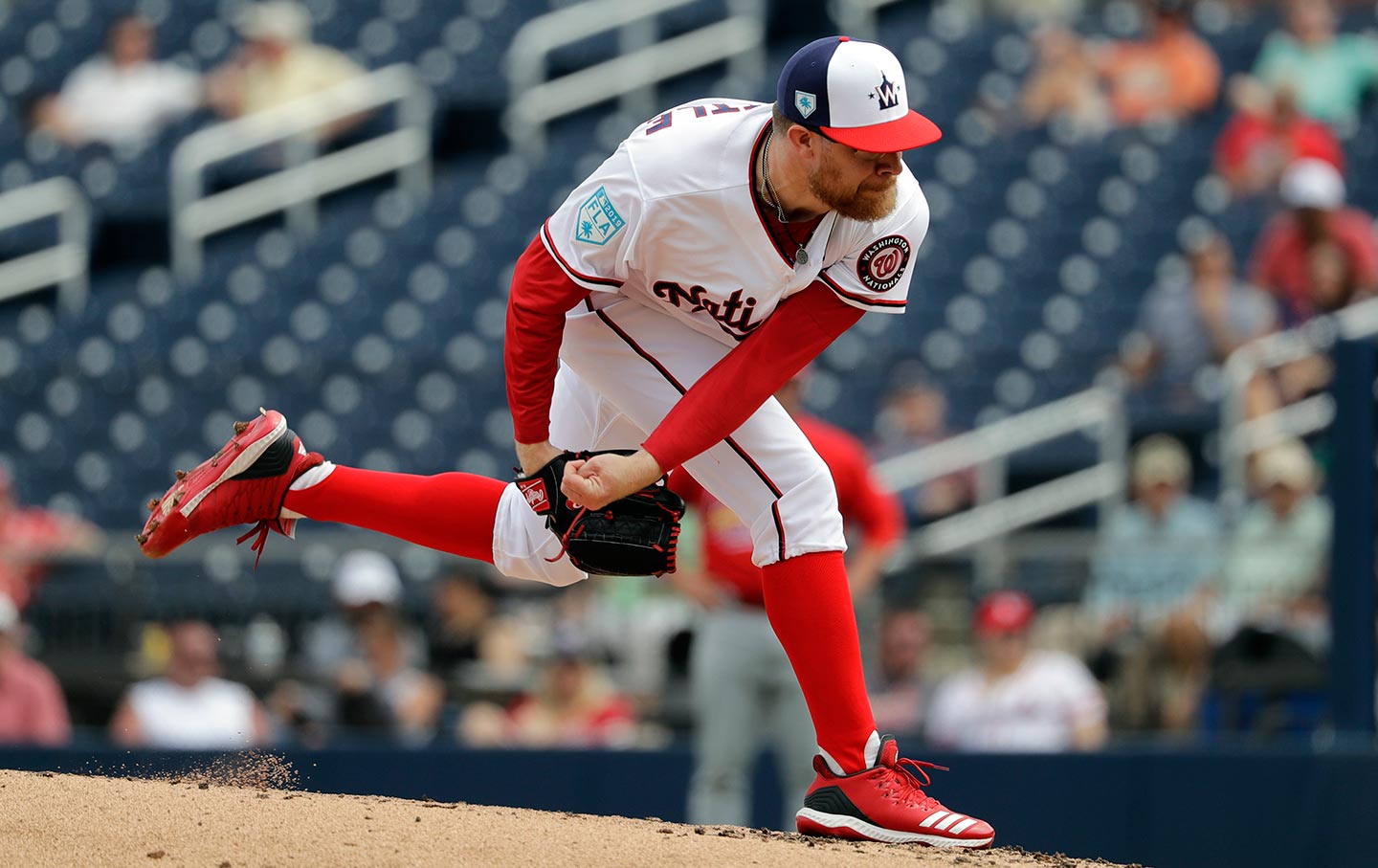 Will the Baseball Caps on Major League Heads Be Union Made?

That was a real problem in the late-’90s and the first decade-plus of the 2000s, perhaps because players felt they didn’t need to fight so hard against management anymore, but the owners are now pushing hard to restrict player earnings once again, which has fired up the union. Current executive director Tony Clark has pushed much harder and more publicly than he did in his early days, because that’s what the players want out of him. It’s what Clark should have always been doing, in theory, but he can only do what the union’s members want him to do. One of the things that made Miller special is that he was always able to focus the union on what they should care about, which allowed him to fight the battles most important to them all with total support.

It remains to be seen if Clark can get there, too, but trying to copy what made Miller such a giant in his field isn’t the worst plan. Rebuilding the union would be a better way of honoring Miller’s legacy than a much-too-late Hall of Fame induction, anyway.