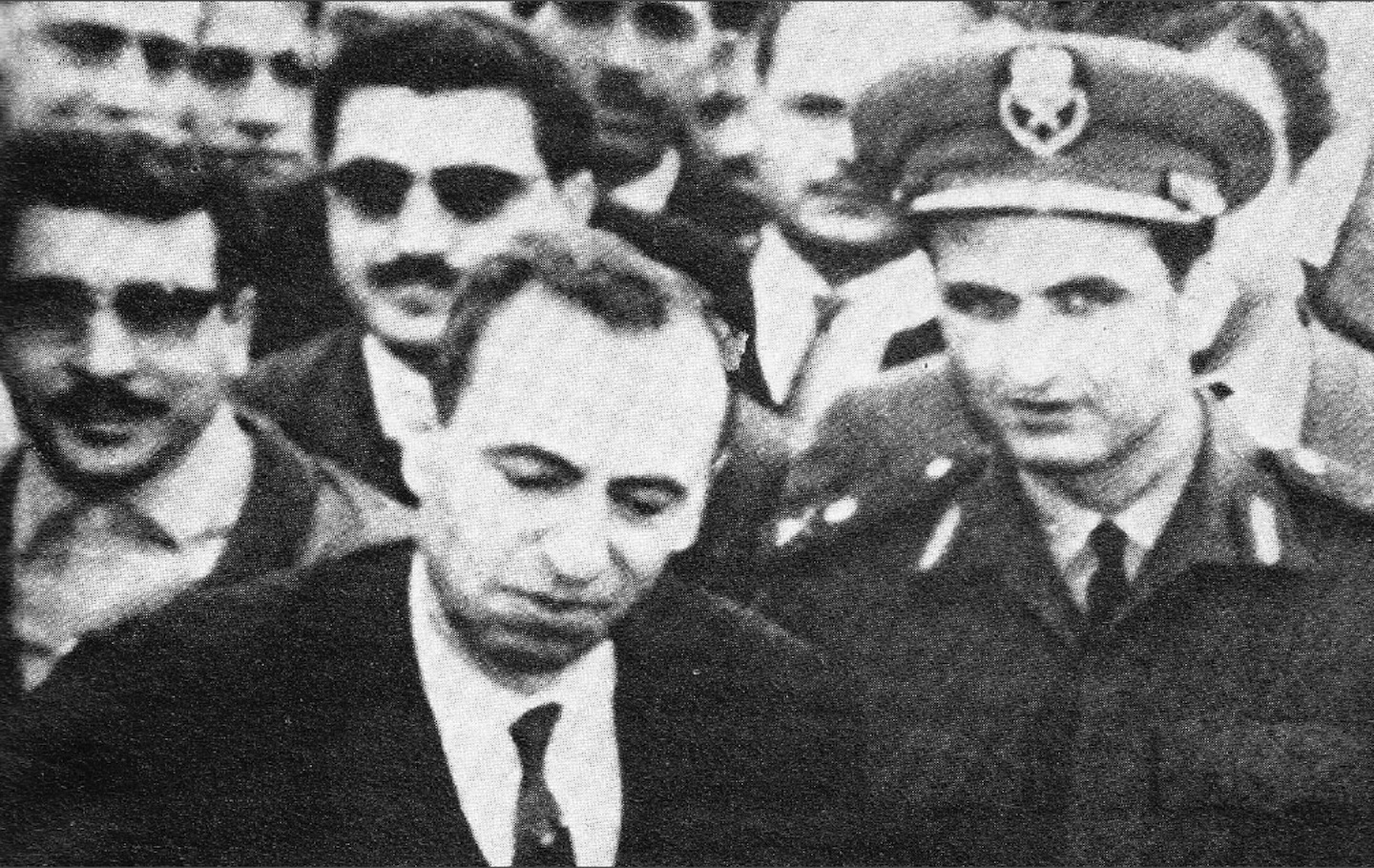 Ba’ath Party members Michel Aflaq (left) and Salah Jadid (right) in 1963, the latter was a senior figure in planning the coup d'etat. Photo via Wikimedia Commons.

On this day in 1963, the Ba’ath Party seized power in Syria in a coup. Three years later, Hafez al-Assad would lead another coup, overthrowing the original Ba’ath leaders, and in 2000, his son, Bashar al-Assad, succeeded him. Back in May of 1963, The Nation offered some unsolicited advice to the country’s new leadership. In “Syria: Test of Arab Unity” Gary LeCompte and Leo Hamalian wrote:

In a country which has had far more coups than elections, it will not be easy to find a base on which to build a stable government. In fact, many foreign observers feel that the coup d’état has become part of the national sport of politics. No one, they conclude, is terribly distressed by a coup: the ousted minister is taken off to prison, but allowed to furnish his cell, receive his political associates and maintain active political life from a hill overlooking Damascus. The current regime plotted the March 8 coup from prison, and the Minister of Communications, Jihad Dahi, was nearly forgotten until he cabled his support for the new regime from his prison cell. No violent treatment is tolerated and only “civil isolation” is partially enforced. It is considered politically ethical to treat opponents very humanely, a practice in sharp contrast to the bloody habits of the Iraqis, but one hardly calculated to preserve the peace. The Ba’athists will have to find a way to render the opponents of their regime ineffective for a prolonged period without touching off the violence so characteristic of revolutions. As of this writing, they have succeeded. At the same time, they must learn to avoid the temptation of crushing the voices of criticism and opponents who might be rallied in the interest of national welfare.