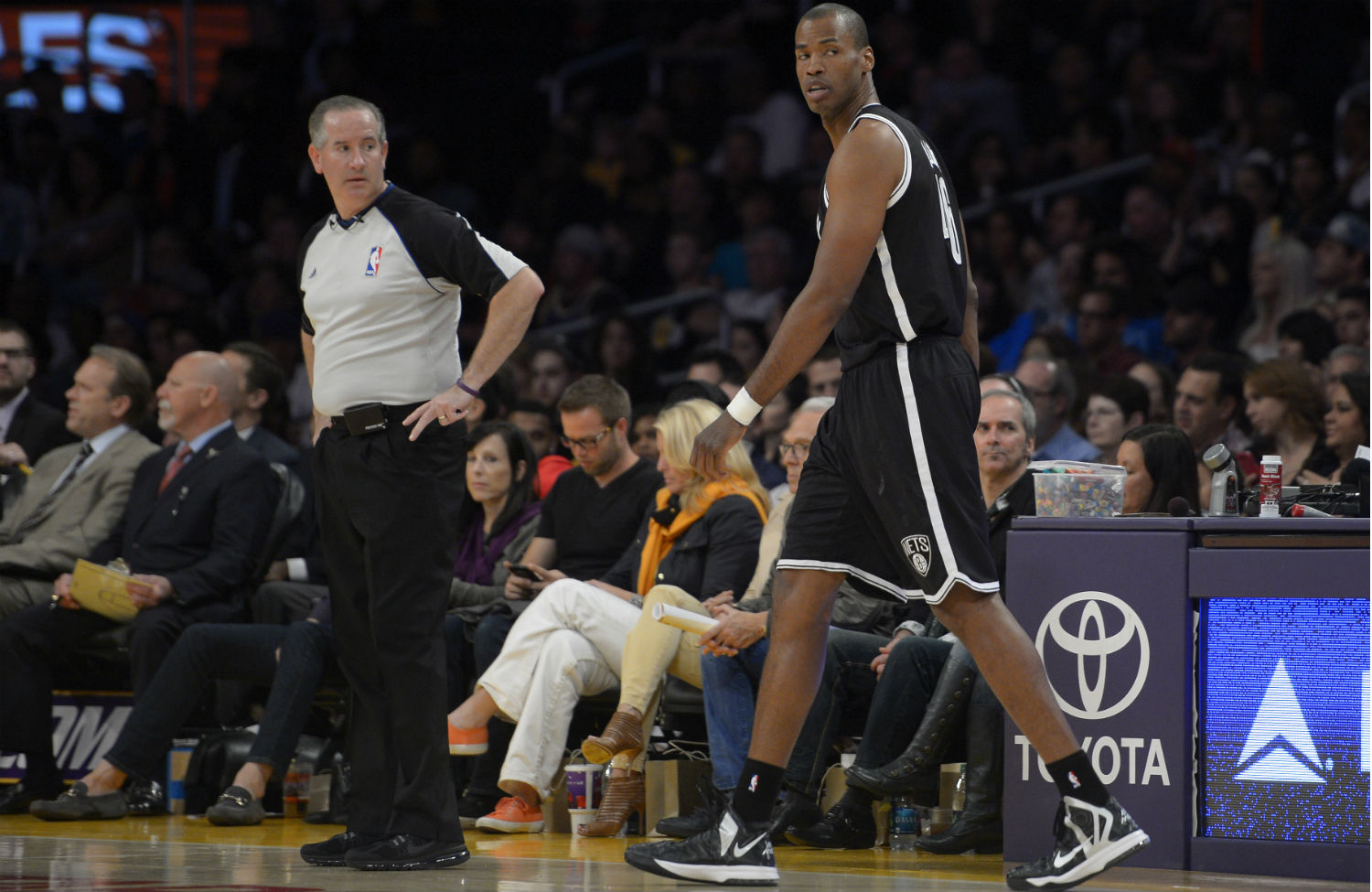 "Be your true authentic self and never be afraid or ashamed or have any fear." – Jason Collins

Finally, more than fifty games into the 2013-2014 season, Jason Collins is on an NBA team. Finally, ten months after Collins told the world that he is gay, the 35-year-old center took the court for the Brooklyn Nets against the Los Angeles Lakers. Finally, at long last, we have reached the day when an openly gay man played for one of the “big four” US sports. If Collins had never been signed, as some were convinced would be the case, the great question surrounding his “coming out” would have never been answered. The great question was less about Jason Collins than how teammates, coaches and fans would respond to the prospect of an openly gay player.

As we all await the coming sociology lesson via SportsCenter, it is hard to think of a better landing spot than Brooklyn. The Nets are coached by Collins’s friend and former teammate Jason Kidd and the veteran leaders of the team are Collins’s Celtic best buds from last season, Paul Pierce and Kevin Garnett. Then there is Brooklyn itself. Just as the borough was the spot where Jackie Robinson blazed a new trail in 1947, it now again gets to be a backdrop to history. Yes, it's no longer the post-war, progressive, working class Brooklyn where my father cheered the exploits of the great Mr. Robinson, and no, the arrival of Jason Collins should not put a progressive patina on what brought the Nets to Brooklyn in the first place: a stew of corporate welfare, gentrification and displacement. But it is still a locale where many LGBT individuals and families live openly and it is a locale that will see this signing as a cause for celebration and solidarity. Perhaps most importantly, the Nets are not trying to make a political statement but truly need Collins, a big seven-foot body, as they begin their stretch run to the playoffs. Their star center Brook Lopez is out for the season and they just traded away broad-shouldered rebounder Reggie Evans. This is the oldest, priciest team in the league and they need Jason Collins to contribute immediately. Judging from his press conference, Collins understands the basketball realities in front of him. He said, "Right now, I'm focused on trying to learn the plays…. I've played for 12 years in the league and I know how to play basketball…. I'm ready. Let's do it."

Reaction around the league has been uniformly positive. (My favorite was Miami Heat All-Star Dwyane Wade who said, "One thing I know about him is he fouled very hard…. Welcome back.") Fans in Los Angeles gave the visiting Collins a warm reaction when he entered Sunday night's game and Lakers coach Mike D’Antoni echoed a view articulated frequently on social media, saying, “I hope one day if a player can play, he can play. If he can’t, he can’t. That’s all what we should be talking about. I know why we don’t. But eventually, that’s all that will matter. That’ll be a good thing.”

He is right, but for now, the political implications of this moment are unavoidable. Jason Collins was asked at the press conference if he had a message for other gay athletes and he said, "Be your true authentic self and never be afraid or ashamed or have any fear." Collins also made clear that he would continue to wear number 98, in remembrance of 1998, the year that Matthew Shepard was tortured and murdered.

Collins's very presence should also raise immediate political concerns for new NBA Commissioner Adam Silver as well as the NBA Players Association. Currently the state senate of Arizona has passed a law, SB 1062, that would allow businesses the right to refuse service to anyone they believe to be a part of the LGBT community. Governor Jan Brewer will decide whether or not to sign the bill by this Friday. If she does, what would that mean for Jason Collins on a road trip to play the Phoenix Suns? Doesn’t the league and the union have a responsibility to speak out on behalf of not only Jason Collins but their own newly minted policies against anti-gay bigotry? This question also applies to Roger Goodell and the NFL, which is due to bring the Super Bowl to Arizona in 2015. You cannot be a league that welcomes Jason Collins or Michael Sam and then does business in a state where your players can be expected to be treated like second-class citizens. That is a message which needs to be communicated to Governor Brewer posthaste.

But for now, at least, we should just take a moment to recognize and appreciate the hurdle that Jason Collins just cleared. Thanks to his courage, it will be easier for pro athletes yet to come out. It will be easier for young LGBT athletes debating whether or not to tell their “family” in the locker room their truth. It will be easier for apprehensive straight players to get over themselves and embrace any teammate who helps them attain their goals. It may even save lives. I have no doubt we will reach the moment that Mike D’Antoni mentioned and in the future an openly LGBT teammate will be a nonstory. But today it is a story and an inspiring one at that. At long last, after traveling in the brave footsteps of Dave Kopay, Glen Burke, John Amaechi, Wade Davis and so many others, Jason Collins has made history.