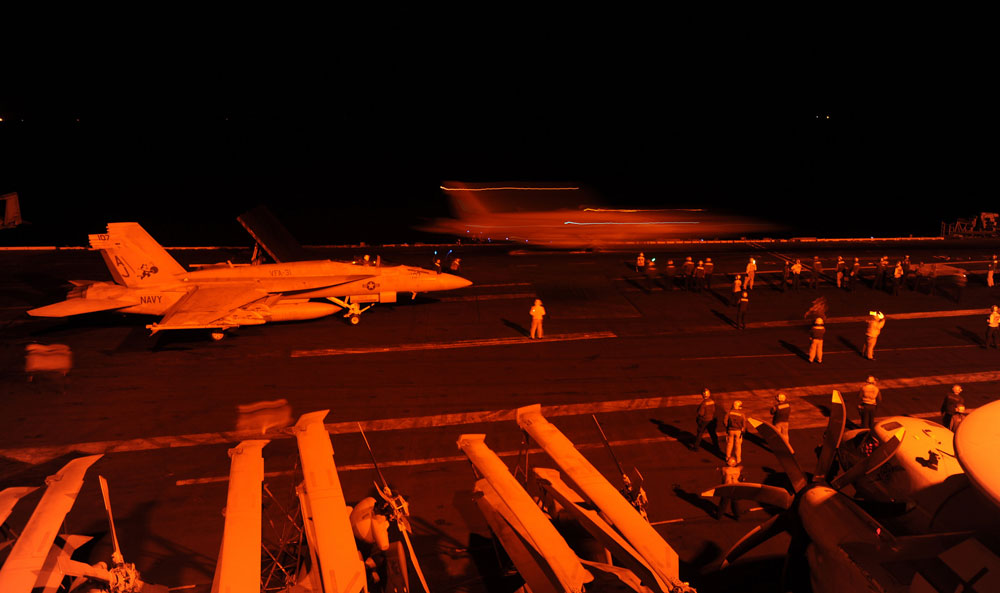 The war whoops of the pundit class helped propel the nation into yet another doomed military adventure in the Middle East. Ghastly beheadings by a newly discovered enemy were the frightening flashpoint. The president ordered bombers aloft, and US munitions were once again pounding battlefields in Iraq—and, at the time of this writing, in Syria. The president promised to “degrade and destroy” ISIS. Here we go again, I thought. This is how modern America goes to war. When the superpower Goliath is challenged by sudden savagery, it has no choice but to respond with brute force. Or so we are told. Otherwise, America would no longer be a convincing Goliath.

Citizens and members of the uniformed military are tired of war, but both in a sense are prisoners of the media-hyped hysteria that is the usual political reflex. Shoot first, ask questions later. While some commentators, like David Ignatius, have raised good questions about how this war will be fought, such questions do not address the larger question facing American warmaking.

Among leading columnists, I have seen only two who are framing the American dilemma in a more straightforward way. Columnist Eugene Robinson is a lonely voice at The Washington Post arguing for a fundamental shift. He has no touchy-feely illusions about holding hands with jihadists. But he knows repression by military force ensures the cultural collision will get worse. “Political Islam cannot be bombed away,” Robinson wrote. “If it is not somehow allowed constructive expression, it will make itself heard, and felt, in more tragic ways.” Robinson is a liberal. The other columnist exploring similar terrain is Ross Douthat of The New York Times, a conservative. Douthat suggested a hybrid strategy of containment and attrition that avoids a larger war in Syria and backs away from the illusion that ground war leads to nation-building. “It does not traffic, in other words, in the fond illusions that we took with us into Iraq in 2003, and that hard experience should have disabused us of by now,” he wrote. “But some illusions are apparently just too powerful for America to shake.”