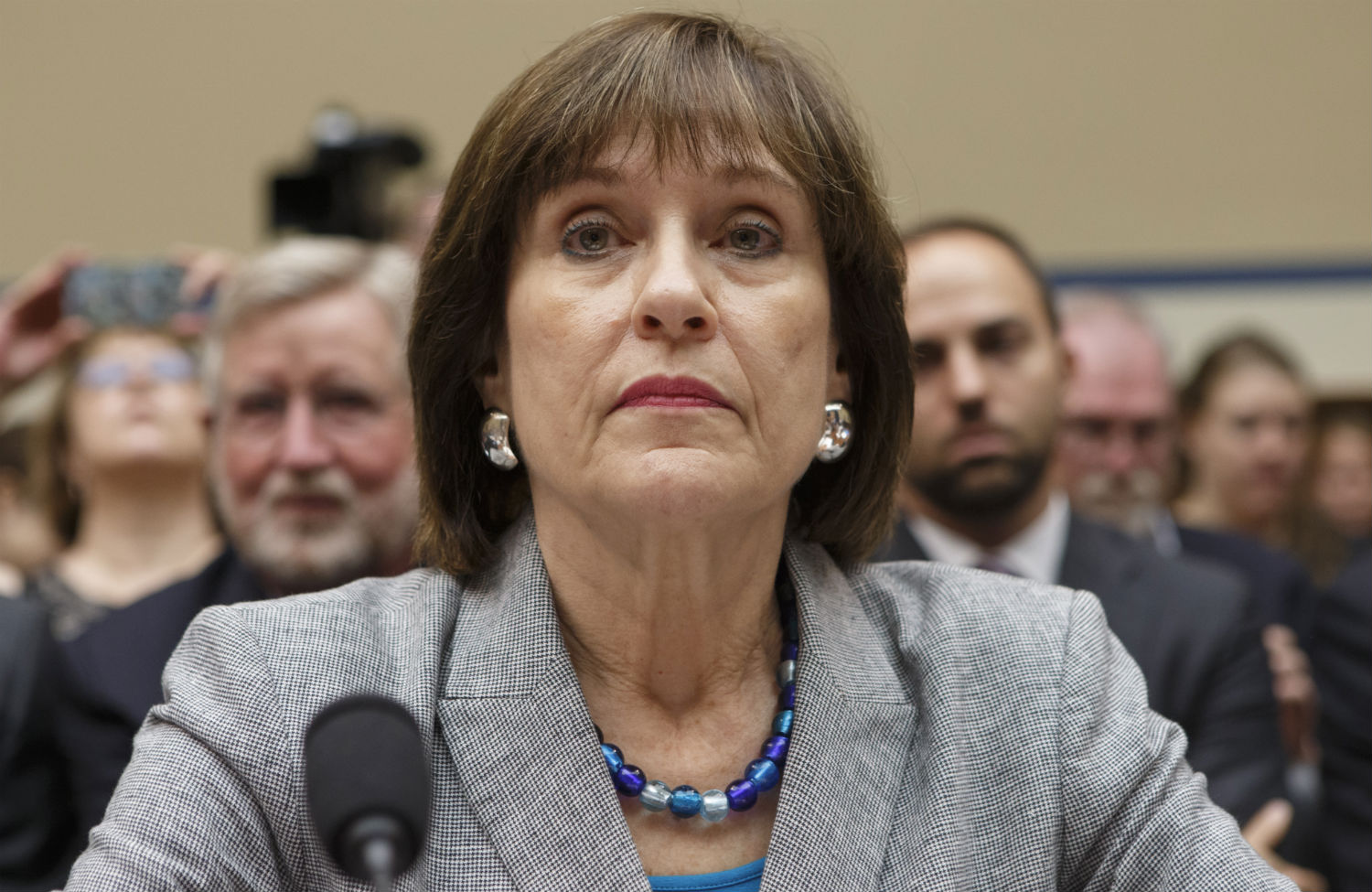 The GOP scandal machine kicked into a new gear this week when the Internal Revenue Service disclosed late Friday that two years of e-mails belonging to IRS official Lois Lerner are missing and apparently permanently lost.

Lerner has, for some time, been the focal point of the Republican Party’s grand theory of Tea Party persecution as the IRS official supposedly leading politically motivated probes of tax-exempt conservative groups. Coupled with Lerner’s repeated invocation of her Fifth Amendment rights in congressional hearings, the missing e-mails are treated as prima facie evidence of a nefarious plot. “If you think, by the way, that the Lois Lerner e-mails are lost, you need to wake up. There is no way those e-mails are gone,” Rush Limbaugh thundered on Monday. “[The administration is] thinking nobody’s gonna try to stop them, nobody’s gonna push back, nobody’s gonna call them on it. It’s just the way that they’re gonna deal with it.”

While Republicans’ grand theory about the IRS “scandal” has a few holes, to put it lightly, they are correct to be mad here. It’s unacceptable that a high-ranking government official’s e-mails are missing.

Moreover, this is not an uncommon occurrence. Federal record-keeping borders on abysmal. Time and again crucial documents from many different agencies have gone missing. This episode reveals a much more banal form of federal noncompliance and malfeasance than what’s alleged by Limbaugh and company—but a much more real scandal.

In 2010, only 5 percent of federal agencies had a “low risk” of losing records, according to a review by the National Archives. Meanwhile, 46 percent were classified as having “high risk” and 49 percent were at a “moderate risk.” The 2012 review, the most recent one conducted by the National Archives, showed some improvement—20 percent of federal agencies were in the “low risk category” and 36 percent were “high risk.” That’s encouraging, but still far from an acceptable standard. The basic problem is the federal government has been very slow to adapt its technology to the demands of permanently archiving millions of electronic records, mainly in the form of e-mails. The Federal Records Act theoretically requires agencies to do so, but enforcement is rare, penalties are relatively low, and only the federal government can force compliance.

The government, incidentally, appears to be in no particular rush to fix the system. In August 2012 the National Archives and the Office of Management and Budget said agencies don’t need to have a system to manage their permanent and temporary records in an easily accessible electronic format until December 31, 2016.

This has lead to a patchwork system of record-keeping and frequent data losses. “The truth is the disappearance of agency records is not unusual. Government-wide, records are routinely lost or simply not preserved,” Melanie Sloan, executive director of Citizens for Responsibility and Ethics in Washington, said in a statement. “Unless and until Congress gets serious about fixing this widespread problem by amending the Federal Records Act to include increased penalties and to allow outside groups to sue agencies not complying with the law, we’ll inevitably have other missing e-mail scandals.”

The Lerner e-mail imbroglio is pretty clearly a result of a poorly designed record-keeping system. The agency said in a letter to Congress that until 2012, it used digital tape to back up its e-mail servers—but every six months, those tapes were erased and reused. (The IRS has since extended the life of those tapes.) Complicating this arrangement was that employees could only use 500 megabytes of space on the e-mail server, and then had to start deleting e-mails or moving them to their hard drives.

So while the IRS possesses, and has turned over, 67,000 of Lerner’s e-mails, there is a two-year gap from 2009 to 2011. What happened, according to the agency, was that she hit her storage limit and began moving e-mails to her hard drive—which crashed in 2011, and the data on it was deemed unrecoverable. The e-mails were no longer on the agency server, the IRS was not backing up individual employees’ computers, and the digital tapes from when they were on the server had already been recycled.

There’s no evidence that Lerner was acting maliciously, though Congress should—and certainly will—investigate whether Lerner was deliberately deleting those e-mails, knowing that the digital records of them were ephemeral.

Lerner wasn’t the first official to have an embarrassing e-mail gap, and she likely won’t be the last. CREW wrote this week to Representative Darrell Issa, chair of the House Committee on Government and Oversight, and his Senate counterpart Tom Carper, asking for a thorough review of government record-keeping problems and the need to amend the Federal Records Act.

Given Issa’s stated, deep concern for the IRS scandal, perhaps he will act quickly.