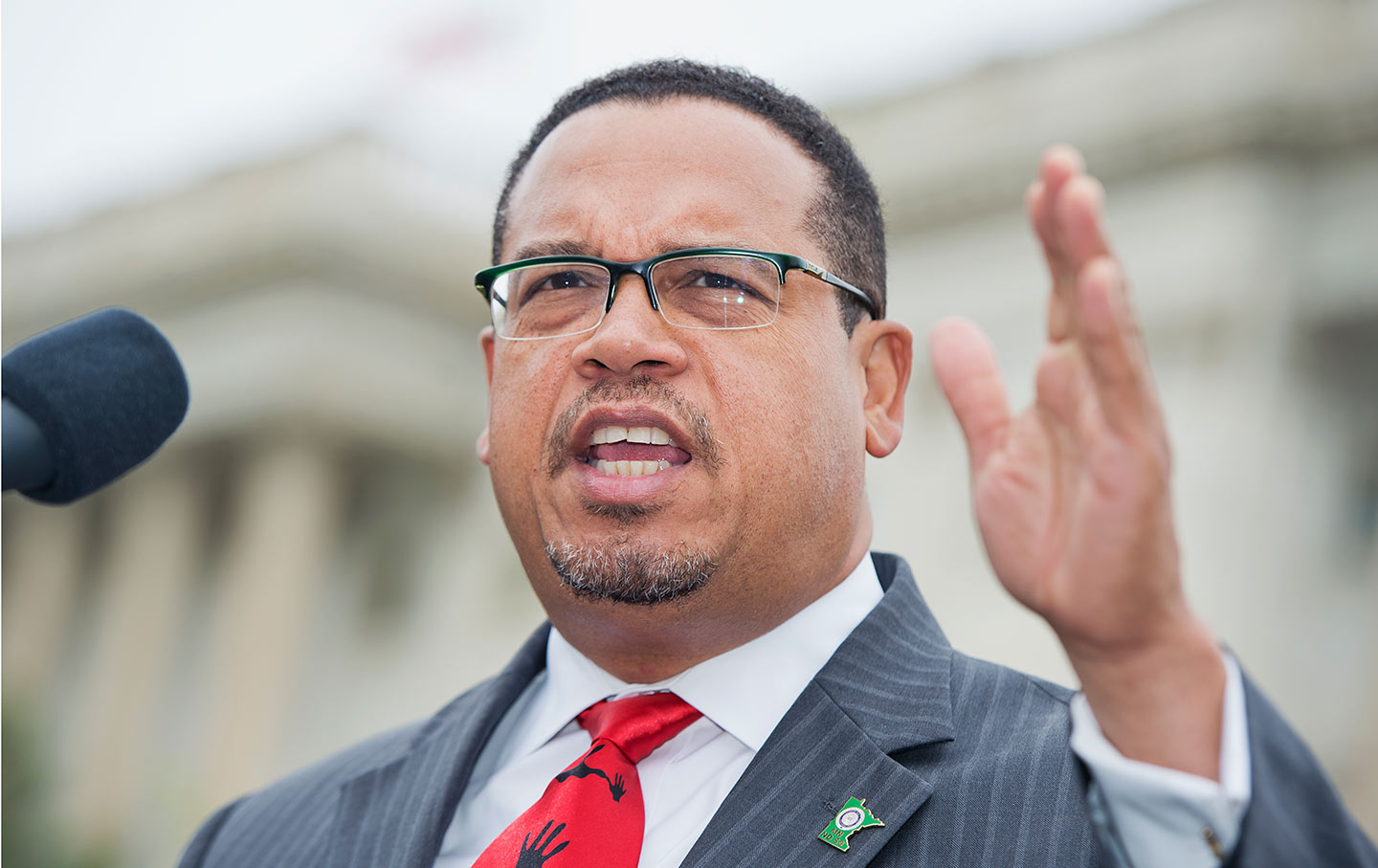 Can Democrats defend the most basic premises of the Bill of Rights in a Republican-controlled House that is run by hyper-partisan Speaker Paul Ryan and that, at Ryan’s direction, so frequently dances to the authoritarian tune of a Trump administration that disrespects and disregards the Constitution?

Yes, they can. Congressman Keith Ellison just prevailed in a high-stakes struggle to defend freedom of religion as it is outlined in the First Amendment, and as it has been understood since Thomas Jefferson explained it in his final letter to the Danbury, Connecticut, Baptists: “Believing with you that religion is a matter which lies solely between Man & his God, that he owes account to none other for his faith or his worship, that the legitimate powers of government reach actions only, & not opinions, I contemplate with sovereign reverence that act of the whole American people which declared that their legislature should ‘make no law respecting an establishment of religion, or prohibiting the free exercise thereof,’ thus building a wall of separation between Church & State.”

One of the most right-wing members of the House, Arizona Republican Trent Franks, proposed an amendment to the National Defense Authorization Act that would, in fact, have made a law respecting an establishment of religion. Franks, a staunch defender of President Trump’s executive orders restricting travel by Muslims, sought to require Secretary of Defense James Mattis to “conduct two concurrent strategic assessments of the use of violent or unorthodox Islamic religious doctrine to support extremist or terrorist messaging and justification.”

The amendment targeted only Islam and was so vague in its referencing of “unorthodox Islamic religious doctrine” that it invited abuse. The amendment also mandated that one of the two reviews be conducted by “non-governmental experts from academia, industry, or other entities not currently a part of the United States Government”—opening up the process to further abuse.

“We should study what drives people to terrorism. But this amendment didn’t do that. Not equally.” —@keithellison

Ellison responded with a stinging rebuke. “This amendment stigmatizes people simply because they practice a specific religion,” the Minnesota Democrat told his colleagues. “The idea that Congress is seriously considering an amendment that legislates stigmatization and hate in direct contradiction of the Constitution is outrageous.”

Ellison, the first Muslim elected to the House, recalled historic instances of racial, ethnic, and religious discrimination. and warned that “when we single out a group of people and treat them differently, shameful and regrettable abuses and mistreatment follow.”

“If we haven’t already learned from our tattered past, when will we?” asked the congressman.

Ellison also raised concerns about the message that adoption of the amendment would could send at a time when American Muslims already face violence and discrimination:

Rep. Franks’ NDAA amendment ordering a ‘strategic assessment’ on Islam goes against everything we strive to be. By ordering the Department of Defense to scrutinize a single religion, identify leaders for some unknown purpose, and determine an acceptable way to practice, Congress is “abridging the free exercise of religion,” which is constitutionally impermissible.

The FBI reported a 67 percent increase in anti-Muslim hate crimes in 2015—the same year Asma Jama’s face was slashed with a beer mug while she was eating dinner at an Applebee’s in Minnesota. Her attacker admitted in court that she attacked Asma simply because she was Muslim and not speaking English.

This rise in hate crimes isn’t a surprise. Our president began his campaign spouting hate, said Islam hates America, and promised to ban Muslims. His rhetoric has contributed to the growing movement of hate in our country, and I have no doubt that some of the most notorious racist, anti-Muslim voices will be a part of the non-government assessment demanded by this amendment.

With support from Muslim groups, the American Civil Liberties Union, and his congressional Progressive Caucus colleagues, Ellison struck a chord in the House, convincing 27 Republicans to join 190 Democrats in opposing the amendment.

That meant that 217 House members embraced their oaths to defend the Constitution, while 208 Republicans rejected the dictates of First Amendment. It is, of course, unsettling that so many members of the House cast votes that were in conflict with the Bill of Rights. It is equally unsettling that victories of this sort come in the context of continued assaults on individual rights and civil society. But it is encouraging, in these times, that bipartisan support for freedom of religion prevailed.

“We should study what drives people to terrorism. But this amendment didn’t do that. Not equally,” Ellison tweeted after Friday morning’s vote. “Glad so many of my colleagues agree.”