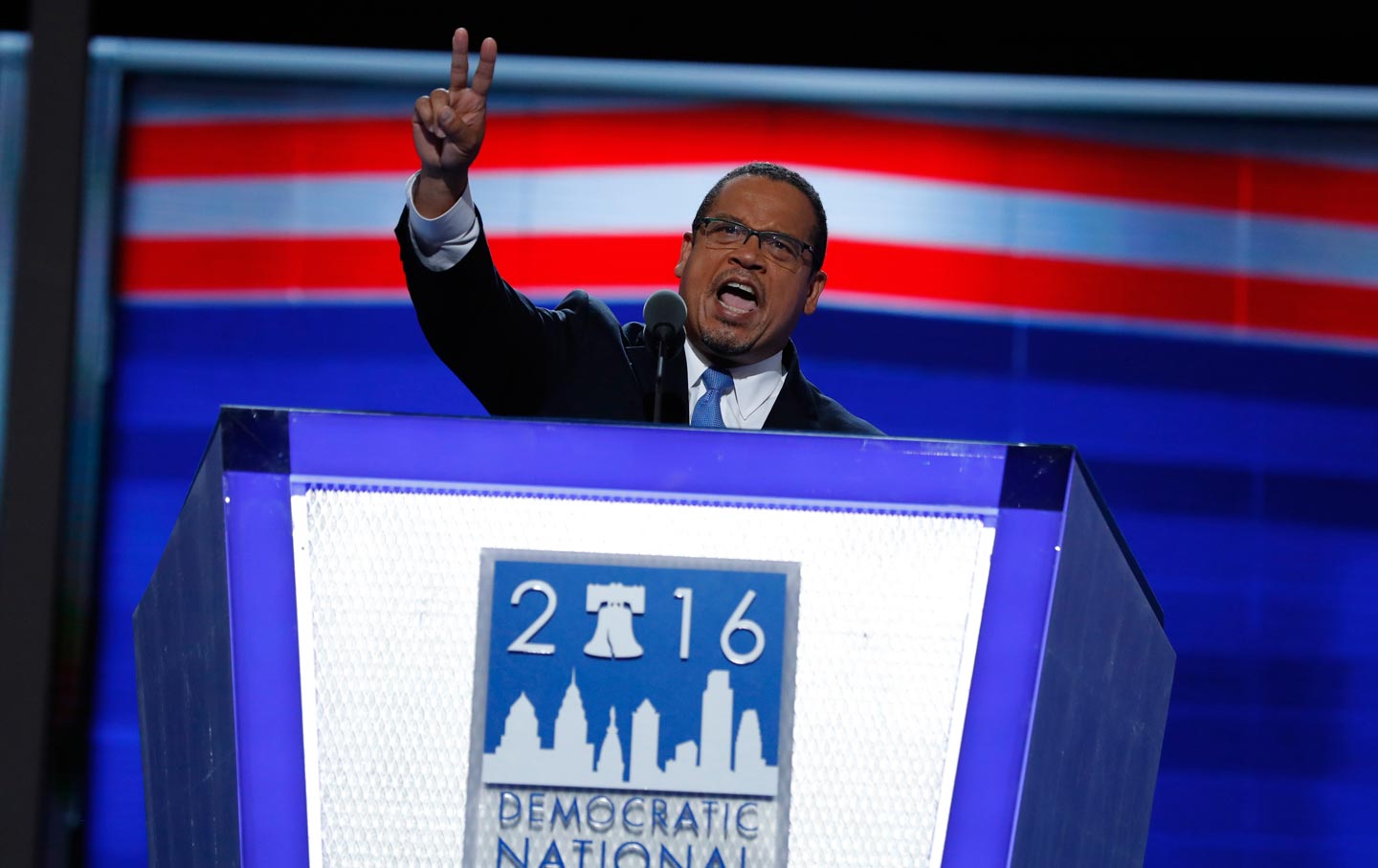 The Democratic National Committee must change, radically, if it is going to be prepared for the challenge of opposing President-elect Donald Trump and the most right-wing Congress in American history. The DNC that could not stop Trump must be replaced by a DNC that can stop Trumpism.

That will require not just new leadership but different leadership. The DNC needs a chair who has an intersectional and activist organizing vision like that of former Minnesota senator Paul Wellstone, who taught us that “There is an elementary aspiration which undergirds the humane impulse in our history and our culture and binds us together as political activists. This is a simple, irreducible, indisputable aspiration. It is the ‘dream of justice’ for a beloved community, in which the level of terror in people’s lives is sharply reduced or maybe eliminated. It is the belief that extremes and excesses of inequality must be reduced so that each person is free to fully develop his or her full potential. This is why we take precious time out of our lives and give it to politics.”

Wellstone spoke those words after the heartbreaking election of 1984, in which Ronald Reagan won a 49-state landslide victory that led many Democrats to imagine that their party needed to ease up on its historic commitment to economic justice and its emerging commitment to a broader vision of social justice. Wellstone argued that the naysayers were misguided, that a turn inward that betrayed the “democratic wing of the Democratic Party” represented an abandonment of the future. He was right, on so many moral and political levels.

Wellstone’s vision lives on with those who worked with him on behalf of economic and social justice and peace—and on behalf of a grassroots-focused and boldly progressive Democratic Party. One of Wellstone’s allies was a young lawyer from Minneapolis named Keith Ellison, who would become a congressman and is now emerging as a potential front-runner for the chairmanship of the DNC.

“We can present a very clear alternative to the American people...” -- Congressman Keith Ellison

As top figures in the party, including Vermont Senator Bernie Sanders and New York Senator Chuck Schumer, who is expected to lead his party’s Senate caucus, endorsed Ellison, the congressman has continued to quietly consult other members of Congress and grassroots activists around the country. Ellison, one of the most active social-media communicators in Congress, tweeted a quote from Wellstone: “There are three critical ingredients to democratic renewal and progressive change in America: good public policy, grassroots organizing and electoral politics.”

Ellison embraced the Wellstone vision in Minnesota, where both men emerged from the same Minnesota Democratic-Farmer-Labor Party activist tradition. They worked together for shared goals as a sitting US senator and a young African-American community activist looking to get involved in Minnesota politics, as a college professor and a lawyer, as an veteran farm and labor organizer and a community organizer on issues of racial and economic justice, as a Jew and a Muslim who sought a more progressive Democratic Party and a more progressive local, state, and national politics.

Ellison keeps a picture of Wellstone on the wall of his office and speaks about how the former senator (who died the year Ellison was elected to the Minnesota state legislature) “played a pivotal role in my political [career].”

“Paul taught me that if you have a vision for an inclusive society, for peace and for environmental sustainability, you don’t just run to make a point, you run to win elections,” says Ellison.

That is what Democrats must do if they seek to mount an inspirational and effective opposition to Trumpism—and if they seek to provide a vision for the next American politics and the next America. So the prospect that Ellison, a co-chair of the Congressional Progressive Caucus, might bid for the chairmanship of the DNC is exciting. If he runs, Ellison will face opposition from former Vermont governor Howard Dean, who was a successful DNC chair in the period after he bid for the party’s 2004 presidential nomination, and potentially from a contender for the 2016 Democratic nomination, former Maryland governor Martin O’Malley. The names of other prospects continue to be discussed, including one of the party’s ablest communicators, former Michigan governor Jennifer Granholm.

But Ellison has important allies, including Sanders, who was elected to the House in the same year that Wellstone was elected to the Senate. Ellison backed Sanders’s bid for the 2016 Democratic presidential nod, and Sanders says, “We need a Democratic National Committee led by a progressive who understands the dire need to listen to working families, not the political establishment or billionaire class. This is why I support Keith Ellison to be the next chair of the Democratic National Committee, and why I hope you’ll join me in advocating for him to lead the DNC.”

“I support Keith Ellison to be the next chair of the Democratic National Committee.”—Bernie Sanders

Activist groups are joining the discussion, with MoveOn executive director Ilya Sheyman arguing: “The DNC must clean house and the new chair must stand up to all efforts by Trump and Republicans to move their harmful and bigoted agenda, which lost the national popular vote. At the same time, the DNC must connect with the grassroots of the party base that wants the party to reject corporate influence and advance an inclusive, progressive agenda that will energize voters and grow our base in 2017, 2018, and beyond. To do this, we need to bring back a real 50-state organizing strategy. Representative Keith Ellison would be an excellent chair.”

Ellison has for months been engaged in behind-the-scenes discussions about the future of the party, and its chairmanship. Through it all, he has argued that the party must change. He has spoken not just to Sanders backers but also to key Clinton backers, to insiders and outsiders. And he has talked a lot about the Wellstone model of constant, at-the-grassroots organizing rather than a politics of money and poll-tested talking points.

But Ellison is also talking about Wellstone’s other ingredient of democratic renewal: good public policy that is clearly distinguished from the conservative agenda.

“We can present a very clear alternative to the American people as to what we could have if we organize and engage,” says Ellison. “We have to use the First Amendment [to] oppose Trump and Trumpism at every turn.”